17 Unanswered Questions on the 17th Anniversary of 9/11 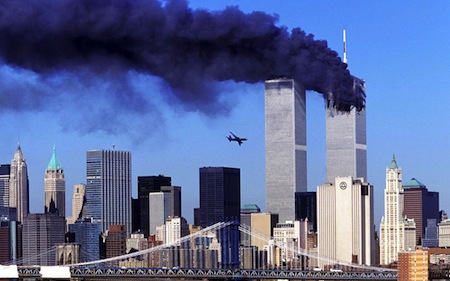 As the 911 17th anniversary approaches, it is worth casting our minds back to that “catastrophic and catalyzing event”, that new Pearl Harbor (in the words of the PNAC neocons), which has cemented the false idea of a War on Terror into the public mind. More and more researchers and facts have emerged since the first few years after the event. Thanks to the work of people like Dr. Judy Wood and Rebekah Roth, we now have a very good idea of the how and who behind the biggest false flag attack in world history. Below are 17 unanswered questions designed to briefly reacquaint you with the shocking anomalies, inconsistencies and holes in the official narrative during this 911 17th anniversary.

1. If Osama bin Laden was the mastermind of 9/11, why was he never formally charged with the crime?

Guess the FBI just plain old forgot or were too busy conducting sting operations (foiling terror plots they themselves orchestrated) to actually charge bin Laden with the grandest crime in history. By the way, what were representatives from the Bush family (ex-CIA chief and President George H. W.) doing meeting with representatives from the bin Ladens (Shafig bin Laden, brother of Osama) the day before 9/11 in New York Ritz-Carlton Hotel? How did everyone seem to know it was bin Laden before the dust had even settled, e.g. former Israeli Prime Minister Ehud Barak speaking on the BBC only 1 hour after the attacks?

The New York Times quoted Netanyahu as saying: “”It’s very good.” Then he edited himself: ”Well, not very good, but it will generate immediate sympathy.””Netanyahu was quoted elsewhere as saying, “We are benefiting from one thing, and that is the attack on the Twin Towers and Pentagon, and the American struggle in Iraq,” and that the 9/11 event “swung American public opinion in our favor.”

3. Why did 5 Israeli “art students” (i.e. intelligence agents) celebrate by loudly dancing and cheering on a nearby rooftop and thereby attracting attention?

These same “art students” stated to the police: “We are Israeli. We are not your problem. Your problems are our problems. The Palestinians are the problem.”They also claimed in a TV interview that they were there “to document the event”! 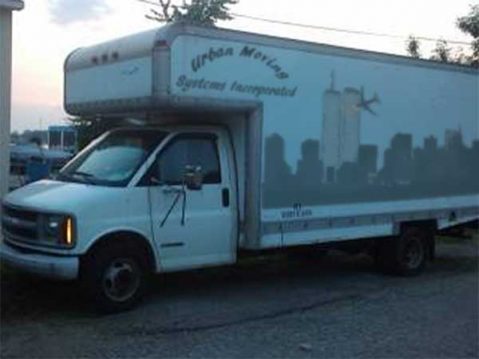 4. Why did the Israeli company Urban Moving Systems have a mural of a plane crashing into the Twin Towers painted on its side (remember, it must have been painted before the 9/11 attacks)?

This was the same van associated with the 5  “art students” …

5. Why did the BBC announce Building 7 had been demolished before it actually had?

Someone went off script and jumped the gun with that report …

6. Why were the 9/11 planes so light that day (carrying a total of 260 passengers in 4 planes instead of the more normal 800 passengers)?

7. How could any emergency calls (either by passengers or flight attendants) have been placed from the air when cell phones don’t work in the air?

Rebekah Roth was a former flight attendant herself who caught some of the 9/11 flight attendants in a lie. One of them stated she was on the phone for 27 minutes! Another one stated that the hijackers had sprayed pepper spray (or mace) just in business class, but this is impossible because it would circulate all throughout the plane.

9. If Mohammad Atta and his team of hijackers were waging a holy war/jihad against the US according to their strict Islamic faith, why were they seen gambling, drinking alcohol, eating pork, smoking cocaine and using hookers in the leadup to the 9/11 false flag attack?

10. Why did NORAD, ultimately commanded by then VP, PNAC member and neocon Dick Cheney, give the order to “stand down” when the US was under attack?

11. Is it just a coincidence that then Secretary of Defense, PNAC member and neocon Donald Rumsfeld announced that the Pentagon/DoD couldn’t account for US$2.3 trillion the day before 9/11 happened, thus putting this astonishing fact down the memory hole?

12. Why did NYC mayor Rudy Giuliani immediately ship the fallen metal to China and India, thus destroying the evidence?

According to Dr. Steven Jones, only 250 pieces of structural steel were saved for analysis out of 200,000 tons!

13. Why did then President George W. Bush continue to read a kids’ book, upside down, to a classroom of children right after he was told the first WTC tower had been struck?

By the way, do you think it’s a just a coincidence that the kids were reciting these 5 words for their lesson right then: KITE, HIT, STEEL, PLANE, MUST?

14. Why did Bush tell a public meeting that he saw the first plane strike the WTC and said “There’s one terrible pilot” when video footage shows he was in the classroom not watching a TV at that time?

15. Why did the Israeli company Zim Shipping mysteriously vacate their WTC lease just a week before 9/11 and incur a $50,000 fine to do so?

16. If 9/11 was carried out by 19 Kamikaze Arabs and with the help of no States, was did Saudi Arabia threaten the US when Congress was considering releasing the “28 pages”?

And why does the troika of Israel, Saudi Arabia and the US continue to work together, e.g. as in subsequent operations like the Syrian War?

17. Why have so many non-US public officials stated on the record that the 9/11 attack must have been carried out by a State, not a loose group of militants?

Check out these quotes:

“The deathly precision of the attacks and the magnitude of planning would have required years of planning. Such a sophisticated operation would require the fixed frame of a state intelligence organization, something not found in a loose group like the one led by the student Mohammed Atta in Hamburg.” ~Eckehardt Werthebach (Former President of Germany’s Verfassungsschutz Intelligence Service)

“Planning the attacks was a master deed, in technical and organizational terms. To hijack four big airliners within a few minutes and fly them into targets within a single hour and doing so on complicated flight routes! That is unthinkable, without backing from the secret apparatuses of state and industry.” ~Andreas von Bülow (Former Secretary of State of Defense for Germany), Tagesspiegel, 13th Jan. 2002

“[Bin Laden supposedly confessed] to the Qaeda September [attack] to the two towers in New York [claiming to be] the author of the attack of the 11, while all the [intelligence services] of America and Europe … now know well that the disastrous attack has been planned and realized from the CIA American and the Mossad with the aid of the Zionist world in order to put under accusation the Arabic Countries and in order to induce the western powers to take part … in Iraq [and] Afghanistan.”

“The mastermind of the attack must have been a “sophisticated mind, provided with ample means not only to recruit fanatic kamikazes, but also highly specialized personnel. I add one thing: it could not be accomplished without infiltrations in the radar and flight security personnel.”” ~Francesco Cossiga (Former Italian President and the man who revealed the existence of Operation Gladio)

As more and more years pass from September 11th, 2001, it is important to remember the gross amount of falsehood and fakery surrounding that event. Those lies led to so much draconian regulation, limitation of rights, torture, tyranny and war. May the 911 17th anniversary be an occasion for us to remind ourselves of the vast deception that continues to be perpetrated against us. It’s never too late to pursue and spread the truth. Even after all the hoopla over the JFK files release, Trump still bowed down to his military-intelligence masters and kept many files classified. Will history repeat itself and will 9/11 truth be held to the same fate?

Makia Freeman is the editor of The Freedom Articles and senior researcher at ToolsForFreedom.com (FaceBook here), writing on many aspects of truth and freedom, from exposing aspects of the worldwide conspiracy to suggesting solutions for how humanity can create a new system of peace and abundance. Makia is on Minds, Steemit and FB.

This article (17 Unanswered Questions on the 17th Anniversary of 9/11) was originally created and published by The Freedom Articles and is re-posted here with permission.

Much of the daily content we publish is notable to us for various reasons. Having said that, the views and opinions expressed in this content, (articles, videos or any other content), are those of the authors and do not necessarily reflect the opinions of the authors of this site. As always, please do your own research. Please do not believe what you are told. Take what you like, and leave the rest.
Previous 12 Documentaries That Will Completely Shift Your Perspectives
Next Denver International Airport Trolls Conspiracy Theorists in New Ad Campaign 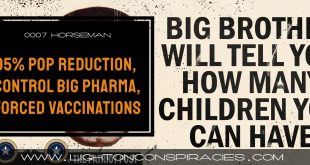 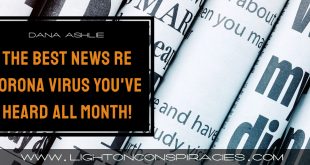