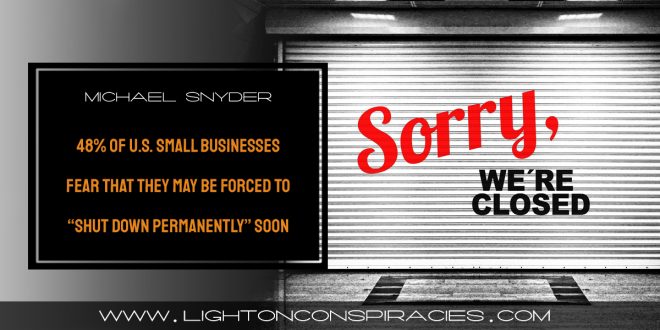 48% Of U.S. Small Businesses Fear That They May Be Forced To “Shut Down Permanently” Soon What would the United States look like if we lost half of our small businesses?  The reason I ask that question is because approximately half of all small business owners in the entire country believe that they may soon be forced to close down for good.  Not even during the Great Depression of the 1930s did we see anything like this.

The big corporate giants with extremely deep pockets will be able to easily weather another round of lockdowns, but for countless small businesses this is literally a matter of life and death.  Every day we are seeing new restrictions being implemented somewhere in the nation, and the politicians that are doing this are killing the hopes and dreams of countless small business owners.

According to a recent Alignable survey, 48 percent of U.S. small business owners fear that they could be forced to “shut down permanently” in the very near future…

Based on this week’s Alignable Q4 Revenue Poll of 9,201 small business owners, 48% could shut down permanently before year’s end.

In fact, this number jumped from 42% just two months ago, demonstrating how several factors have converged to devastate small businesses: COVID resurgences, forced government reclosures, elevated customer fears, and a surge in online shopping at Amazon and other national ecommerce giants.

When a small business with only a few employees closes down forever, it never makes any national headlines.

But the truth is that small businesses are the heart and soul of our economy, and we are losing more of them with each passing day.

How would you feel if you spent years putting everything you had into a small business in order to make it successful, only to have the politicians come along and completely destroy it?

And every time a small business has to let workers go, it just makes the unemployment crisis in this country even worse.

On Thursday, we learned that another 853,000 Americans filed new claims for unemployment benefits last week…

First-time claims for unemployment insurance totaled 853,000, an increase from the upwardly revised 716,000 total a week before, the Labor Department reported Thursday. Economists surveyed by Dow Jones had been expecting 730,000.

I have been warning that the new lockdowns would make the numbers worse, and that is precisely what is happening.

“It looks like the unemployment losses are starting to stack up for the economy. It’s not going to be a good month,” said Chris Rupkey, chief financial economist at MUFG Union Bank. “You’re starting the first week of the month on a bad note, and it’s probably going to be all downhill from here. It feels like the lockdowns are intensifying. It’s closer to reality for those forecasts that look for the economy to go negative in the first quarter.”

It is also important to remember that there are many Americans that have been unemployed for so long that they are no longer eligible to receive benefits.

For six months, she received unemployment benefits from the government – but those payments shrank as the programmes wound down this summer. Since October, she’s received nothing.

“I don’t know what I’m going to do financially,” she says. “I’m applying to jobs and I’ve probably applied to over 100 at this point and I’ve had one interview.”

What do you say to someone in her position?

It’s heartbreaking to hear stories like that, and more people are being laid off with each passing day.

And as our new economic depression gets progressively deeper, an increasing number of Americans are becoming very desperate.

In fact, many have already become so desperate that they are turning to shoplifting…

Shoplifting is up markedly since the pandemic began in the spring and at higher levels than in past economic downturns, according to interviews with more than a dozen retailers, security experts and police departments across the country. But what’s distinctive about this trend, experts say, is what’s being taken – more staples like bread, pasta and baby formula.

Everywhere we look, our society is starting to break down all around us.  Americans have filed new claims for unemployment benefits more than 70 million times this year, the number of homeless in New York City has reached an all-time record high, and civil unrest continues to erupt all over America.

No matter what happens politically, conditions are going to continue to deteriorate as we head into 2021.

Of course the mainstream media is boldly proclaiming that the new vaccines will pull us out of this tailspin and that life in America will soon return to normal.

You can believe the mainstream media if you want, but in the end the “hope” that they are promising will turn out to be a complete mirage.

***Michael’s new book entitled “Lost Prophecies Of The Future Of America” is now available in paperback and for the Kindle on Amazon.***

About the Author: My name is Michael Snyder and my brand new book entitled “Lost Prophecies Of The Future Of America” is now available on Amazon.com.  In addition to my new book, I have written four others that are available on Amazon.com including The Beginning Of The End, Get Prepared Now, and Living A Life That Really Matters. (#CommissionsEarned)  By purchasing the books you help to support the work that my wife and I are doing, and by giving it to others you help to multiply the impact that we are having on people all over the globe.  I have published thousands of articles on The Economic Collapse Blog, End Of The American Dream and The Most Important News, and the articles that I publish on those sites are republished on dozens of other prominent websites all over the globe.  I always freely and happily allow others to republish my articles on their own websites, but I also ask that they include this “About the Author” section with each article.  The material contained in this article is for general information purposes only, and readers should consult licensed professionals before making any legal, business, financial or health decisions.  I encourage you to follow me on social media on Facebook, Twitter and Parler, and any way that you can share these articles with others is a great help.  During these very challenging times, people will need hope more than ever before, and it is our goal to share the gospel of Jesus Christ with as many people as we possibly can. 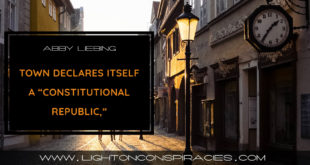 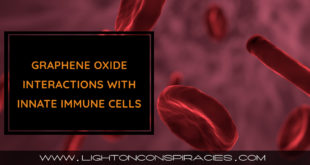