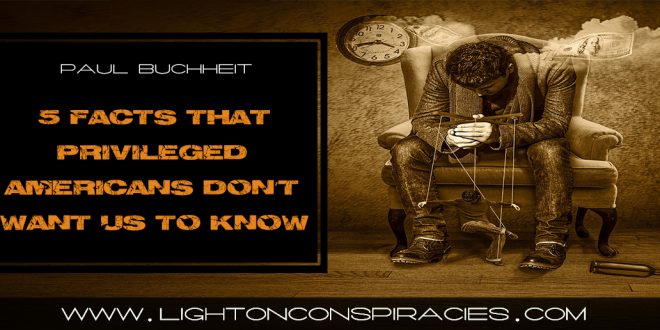 5 Facts That Privileged Americans Don’t Want Us to Know 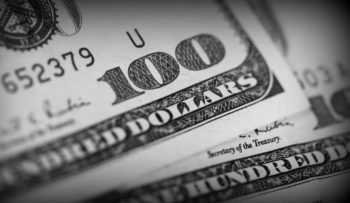 Many of us are ill-informed about certain critical economic and social issues. The following facts should have been reported by the mainstream media, but unfortunately most of that media is controlled by the very people who have reason to hide the facts.

Offshore hoarding of private American wealth is estimated to be $3.3 trillion (4% of U.S. $82 trillion financial wealth).

Taking on the tax cheaters seems like an obvious response, instead of cutting the safety net. But the IRS budget itself has been steadily cut. Amazingly, and perversely, the Internal Revenue Service, which could be recovering much of our hidden money, has seen its staff and budget slashed 14 to 18 percent since the recession.

Our Own Country is the World’s Second Biggest Tax Haven

While the privileged American tax cheaters are taking money from their own country, they’re not shy about taking from the rest of the world. According to the Financial Secrecy Index of the Tax Justice Network, the U.S. is second only to Switzerland as a tax haven. Their report states: “Financial secrecy provided by the U.S. has caused untold harm to the ordinary citizens of foreign countries, whose elites have used the United States as a bolt-hole for looted wealth.”

Record Low Unemployment? Yes, Because If You Do One Hour of Work, You Count as “Employed”

Part of that ‘booming’ economy is a low unemployment rate. As noted recently, the Bureau of Labor Statistics bases the official unemployment rate on employees “who did any work for pay or profit” during the week being surveyed. That includes part-time workers who are employed for just one hour a week.

The unemployment rate also fails to include those who have given up looking for work—4% more Americans than in the year 2000.

It’s not a Death Tax, it’s a Deadbeat Tax.

Anywhere from 35 percent to 55 percent of U.S. household wealth is inherited. It’s going to get worse. A Boston College study estimated that $59 trillion will be transferred from American estates by 2061. The study calls it “the greatest wealth transfer in U.S. history.” That’s almost as much as the total financial wealth in the U.S. today. But, as Robert Reich notes, in 2014 only 1.4 out of every 1,000 estates owed any estate tax. So most of the money to be passed down from privileged Baby Boomers will be going to kids who never earned any of it and won’t have to pay any taxes on it.

One might argue that the loss of all this tax revenue is a good thing, because then philanthropists will step up and fund the needs of society. Not much chance of that. The super-rich have little incentive to provide housing or education or infrastructure or clean water to poor neighborhoods. Here’s their incentive: Donor-Advised Funds (DAFs). These ‘philanthropic’ funds allow big tax writeoffs, and the ‘donated’ money can be invested and reinvested with little of it going to real causes. The report “Gilded Giving” by Inequality.org states that “this charitable revenue can be warehoused, sitting for years or decades after a charitable deduction has been taken, before any significant payout is made to public nonprofits.”

Why should privileged Americans want to avoid this issue? Because they’re not about to make a financial commitment to the root cause of most of the violence in our country, which is the overwhelming stress and suffering brought on by deprivation in the richest nation in the world. According to the National Institute of Mental Health, anxiety affects nearly one-third of both adolescents and adults.

But instead of therapy, we use drugs to treat patients with mental problems, and as a result pharmaceutical companies make billions of dollars at the expense of incapacitated Americans. Incredibly, over 96 percent of “last-resort” mental health hospital beds have been eliminated in the past sixty years. More incredibly, the 2019 budget for the Department of Health and Human Services includes a 21 percent decrease from the 2017 level.

Most incredible of all is the hypocrisy accompanying this disdain for the needs of American adults and children; as when Donald Trump says, “To every parent, teacher and child who is hurting so badly, we are here for you whatever you need, whatever we can do to ease your pain.”

Paul Buchheit is a college teacher, an active member of US Uncut Chicago, founder and developer of social justice and educational websites (including youdeservefacts.org), and the editor and main author of “American Wars: Illusions and Realities” (Clarity Press). His latest book is, “Disposable Americans: Extreme Capitalism and the Case for a Guaranteed Income”. Paul can be reached via email here.

This work is first appeared on Common Dreams and is licensed under a Creative Commons Attribution-Share Alike 3.0 License.