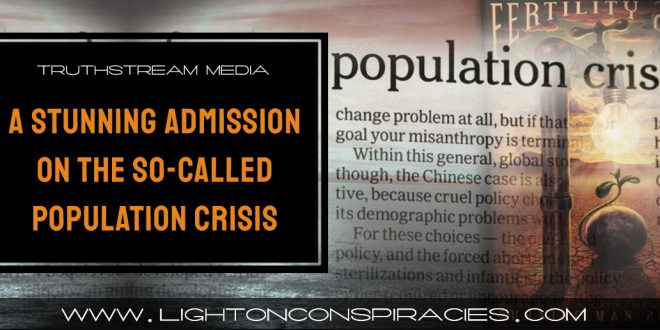 A Stunning Admission on the So-called Population Crisis

It’s kind of insane to be living through this time where the admissions of what used to be considered “crazy conspiracy theories” are just rolling out in the headlines like it’s nothing.

When we were talking about this a decade ago, tin foil hat jokes were not only made but expected. Now, mainstream “authoritative” publications like The New York Times (albeit the “international edition” with a label of “opinion”) are printing stories on the front page not only acknowledging a “global fertility crisis” but actually admitting population control evils like China’s horrific one-child policy weren’t just imposed by the state but were dreamed up, funded, and promoted by Western technocrats…

But to what end?

Watch their mini-documentary Obsolete here and their full-length documentary THE MINDS OF MEN here.

Share
Previous China “epidemic” cases with no coronavirus—what??
Next The Biggest Company You’ve Never Heard Of