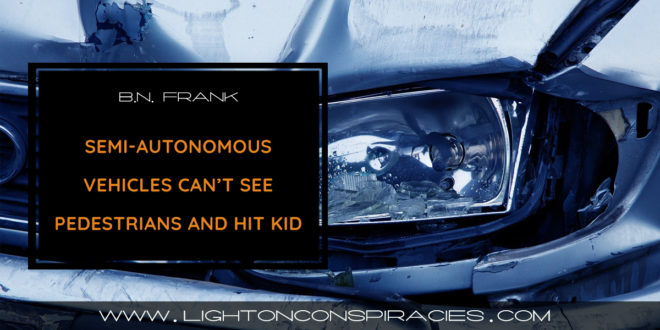 Proponents continue to make semi-autonomous and fully autonomous vehicles sound like they are safer than human drivers even though experts continue reporting that they are still very dangerous and will undoubtedly cause more people to get hurt and die.

Thanks to Price Tags for a recent article about a new study that is equally if not more disturbing:

It was only a few years ago when semi autonomous vehicles were the shiny pennies pledging to undertake all the  pesky logistics of driving. But as reported in The Verge.com things are not quite as touted, even with the Automatic Emergency Braking Systems. These vehicles are testing out as unconscious killers of vulnerable road users, who are being slaughtered at an increasing rate on roads in North America.

The most important aspect for any vehicle on the road is the ability to recognize and avoid vulnerable road users, those pedestrians, cyclists and other wheelers that are using the street without the protection of a vehicular steel shell.

It appears that while car companies fill their vehicles with toys (I have already written about the huge dashboard reader screens) the technology is still not reliable to keep everyone safe on the road. That’s the nice way of saying that today’s semi autonomous vehicles are murderous for other road users despite the fact that they have been portrayed as being logically smarter and safer than human drivers.

This report by the American Automobile Association (AAA) looked at the automatic braking systems of semi autonomous vehicles from different makers when confronted with a pedestrian (thankfully they used mannequins).  Four different 2019 model vehicles were used~a Chevy Malibu, Honda Accord, Tesla Model 3, and Toyota Camry.

Pedestrian fatalities were even worse if the victim had their back towards vehicles. The Truth About Cars writes “The researchers tested several other scenarios, including encountering a pedestrian after a right-hand turn and two adults standing alongside the road with their backs to traffic. The latter scenario resulted in a collision 80 percent of the time, while the former yielded a 100 percent collision rate.”

Thankfully in their conclusions  of the study AAA states that the high-tech detection systems are inadequate, with none of the various vehicles tested being able to detect an adult walking on the roadway at night. Only one vehicle was able to detect that an object was even in front of the car, but it still did not brake.

Activist Post reports regularly about issues, risks, and warnings associated with all “Smart” technology including 5G and the Internet of Things (IoT) (see 1, 2, 3, 4)

For more information, visit our archives and the following websites:

Share
Previous Podcast: Sean Maguire… Ole Dammegard
Next What They Never Bothered to Tell Us…