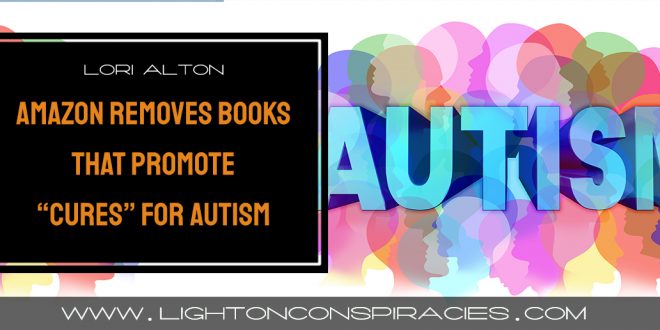 Amazon removes books from its website that promote “cures” for autism 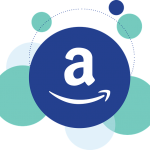 (NaturalHealth365) According to the U.S. Centers for Disease Control and Prevention (CDC), the incidence of autism has more than doubled over the last two decades.  But, what’s even more disturbing is how Amazon has decided to distribute news about this devastating condition.

As a little background, autism currently strikes 1 in every 45 children (as opposed to 1 in 150 in 2000).  And with Western medicine currently offering no cure for autism, about one third of parents of children with autism are turning to complementary and alternative treatments – which include vitamin therapies and biological preparations.

Why is Amazon blocking parents from getting this vital information?  CBS News plus other national news organizations are reporting that the online retail giant Amazon has removed the listings of two books promoting alternative autism “cures.”

Autism, also known as autism spectrum disorder (ASD), is a developmental disorder that causes difficulties in social interactions and learning.  Conventionally speaking, the causes of autism – and the most effective treatments for it – are ‘controversial,’ with the CDC maintaining that autism can’t be “cured,” but that medication, early intervention and applied behavior analysis can help improve function.

Most of our readers at NaturalHealth365 know there’s much more to this story and how to improve the odds of reversing the symptoms of autism through detoxification and gut-healing protocols.

On March 13, Amazon removed its online listings for two books, “Healing the Symptoms Known as Autism,” and “Fight Autism and Win.”

Did you know?  The liver is the most important detoxifying organ in the body.  When the liver can’t effectively neutralize and dispose of toxins, they accumulate in the body.  Two essential nutrients for healthy liver function are milk thistle and glutathione.  These two ingredients – plus much more – are now available in an advanced liver support formula.  Click here to learn more.

The first book advises that autistic children drink and bathe in chlorine dioxide.

The compound, also known as MMS, is hailed by proponents as a “Miracle Mineral Solution.”  Some parents claim it has helped relieve their child’s autism symptoms.

But the U.S. Food and Drug Administration (FDA) characterizes chlorine dioxide as a potent industrial bleach that can cause dangerous side effects, including nausea, vomiting, diarrhea and severe dehydration.

The second book, “Fight Autism and Win,” advises chelation, a technique utilized by integrative physicians to help remove heavy metals from the body.  Chelation for autism is based on the belief that autism is caused by the neurotoxic metals like mercury and aluminum – which are used as additives in childhood vaccines.

But, as expected, Western medical authorities question the role of mercury toxicity in autism.  And many, including the Mayo Clinic, warn that chelation can cause kidney damage.

Note: it is not known which, if any, additional books might be removed from online sales by Amazon. A glance at Amazon.com shows that many titles offering natural cures for autism are still available.  But, we are concerned about a trend toward censoring natural health news.

‘Controversy’ over the link between vaccines and autism rages on

In 1998, British doctor Andrew Wakefield published an article linking the prevalence of the MMR (measles/mumps/rubella) vaccine with the increasing incidence of autism.

This led to the formation of an “anti-vaccine” movement, which maintains that Dr. Wakefield’s theory regarding the skyrocketing autism rate has never been disproved.

Conventionally-trained medical authorities – including the CDC and the World Health Organization – continue to advise vaccines as ‘effective and safe,’ and insist that decades of medical research have debunked Dr. Wakefield’s research and shown no connection between vaccination and autism.

Not so, say many natural health experts and advocates (who also point to studies supporting their position).  And, let’s not forget the billions of dollars paid out in the courts – due to vaccine injuries.

Tech giants plan to “get tough” against vaccine “misinformation”

As vaccine critics continue to point to a link between childhood vaccinations and autism, the anti-vaccine movement faces growing pressure.

In February, FDA commissioner Scott Gottlieb (who has abruptly resigned) issued a vague but ominous warning to the anti-vaccine movement, claiming that their actions were “forcing the government to take steps.”

And federal public health authorities are blaming the anti-vaccine movement for recent measles outbreaks in at least 18 states.

Politicians have gotten into the act as well.

In a recent open letter to Amazon CEO Jeff Bezos, Representative Adam Schiff (D.-Calif.) urged Amazon to act “responsibly,” in order not to contribute to what he calls a “growing public health catastrophe.”

Facebook recently announced its intention to crack down on the spread of what it calls “vaccine misinformation” by decreasing the rankings of pages and groups that perpetrate medical myths.

News feeds, public and private pages and groups, search predictions and recommendations all will be affected.

Just to raise a point, who gets to decide what is “authoritative?”

As many integrative physicians point out: while pharmaceutical drugs have helped to extend the life of many, they can also feature  dangerous and potentially life-threatening side effects.

Just to name a few: acetaminophen overdose now tops the list of the causes of liver failure, while the catastrophic toll from fentanyl overdose grows daily.

It’s not even surprising – although it should be! – that side effects of prescription drugs are the fourth leading cause of death in the industrialized world.

The Dr. Rath Health Foundation, a non-profit organization dedicated to improving human health on a global scale, points out that it is not in the financial interests of the pharmaceutical giants to prevent and treat disease.

Over the past century, the pharmaceutical industry – also known as the ‘pharma-cartel’ – has staged global PR campaigns to systematically ban the dissemination of information about natural remedies, while spreading lies about the side effects of natural substances.

The goal, of course, is to discredit natural, non-patentable (hence, non-profitable!) natural health treatments and protocols.

With lobbyists in key political positions, their success is virtually guaranteed.

Can the powers-that-be now ban every book that purports to offer a cure for cancer, diabetes, heart disease, dementia – all diseases that are currently considered difficult, or impossible, to “cure?”

Could the pair of banned titles represent the “canary in the coal mine,” in which the targeting of a controversial non-medical therapy signals a more aggressive attempt at suppressing information that could prolong, or even save, lives?

Make no mistake about it, our freedom of speech is under attack from many angles.