Anonymous Bites Back, an all volunteer activist apolitical radio show, has been broadcasting for several years with constant problems fighting back against censorship for the topics discussed. Now, ABB seems to have found an unorthodox solution to their problem.

Originally, episodes received good viewer counts, starting out using Facebook and YouTube as a home to stream the weekly shows.

On Facebook alone the Anonymous Bites Back page quickly grew to 25,000+ viewers per episode. This was mainly due to the huge amount of promotion on different pages and groups by the team and by the viewers themselves. Everyone was working hard on building up the show.

Then shit started to hit the fan. Suddenly ABB episodes were “shadow banned” and outright censored. When an episode went live, it started out with a certain amount of viewers. But then the team started to share, and with each share to a page the view count actually started to drop. At some point there were more people replying below the episode than the amount Facebook claimed were watching the live stream. After a while, Anonymous Bites Back realized why the social media site was doing this and how.

The show had become too big and was causing ripple waves on the InQTel-funded platform.

It’s no surprise that Facebook did this to ABB, as the group of activists are who originally came up with the #DeleteFacebook movement.

Facebook works with a “live stream map.” This map shows dots representing all the different live streams in the world. When a stream gets more viewers, the dot becomes larger, making you more visible, giving you more and more exposure. So a popular stream will get a big boost by Facebook, unless you are “deboosted.”

It’s now been revealed that Facebook will “deboost” posts including political targeting users. It’s something that all of us knew, and is more commonly referred to in the industry as “shadow banning.” However, the claim holds more water coming from a former employee than just mere speculation, especially with documents that Project Veritas reported.

They began artificially reducing the live view count, they were actively attempting to reduce the reach of the show. So Anonymous Bites Back realized the establishment social media wanted a war. And the team started to invent solutions. They started out by changing the location of the live stream to a popular location. If something big was happening at that moment, the show would “move” to that location.

This offered a temporary solution, and new viewers did arrive. Also a team was created to increase the sharing, consisting of active supporters and fans, and they were organizing “watch parties” to increase the amount of viewers. It worked, and Anonymous Bites Back was able to restore the numbers. But then Facebook hit them again. This time by limiting accounts of people who would share from the page. The moment you would share from the page more than 3 times, your account would be unable to share anything for 7 days. Sometimes it would lock you out of your account entirely.

Keep in mind that all of this happened on Facebook while the show never received a single infraction. But the team didn’t give up, instead they started to branch out using different services. The team’s focus was then put on to YouTube.

Viewers quickly moved over and after just a mere two episodes even the chat below the live shows became very active.

However, that didn’t last long at all before once again the activists faced blow back. All of a sudden, YouTube stopped the streaming capabilities a month or two ago for a false copyright claim of a documentary the team had permission to stream, coincidentally right before the U.S. debates. YouTube also censored other accounts who were actually talking about the debates, as Elizabeth Lea Vos reported on Steemit. Albeit the fact that the radio show is apolitical and didn’t plan on covering the Democratic debates, the timing of the suspended live stream capability can’t be ignored.

According to Hack News:

After the show was “shadow banned” on both Facebook and Youtube, the Anonymous activists had to find solutions. Quickly a team member developed a method to stream to over 30 different social media websites at once. This allowed them to be decentralized, no longer being dependent on any individual website. They would always be online “somewhere” and would just post the links to their incredibly large network.

When last month they lost their live stream capabilities on the famous Anonymous Worldwide Youtube channel for 90 days, after a so called copyright infraction that later turned out to be false, they were able to switch to Periscope within seconds. This is the live stream website created by the Twitter company. They were even able to increase the viewer count of Anonymous Bites Back shows ten fold compared to Youtube, easily reaching 5-10.000 unique viewers per show.

After this happened, YouTube in a clear moment of irony started to care and sent private messages on Twitter to one of the show hosts asking if they can offer a solution to the stream being limited.

Since the message from YouTube, Anonymous Bites Back, (ABB) was shockingly allowed to stream again.

Despite this, there is a huge list of different sites now streaming the show displayed on the Anonymous Bites Back Gravatar page. And it is increasing by the day, as ABB organizes the different profiles to make them look a little more “professional.”

The ABB team is from all over the world and they don’t care what political flavor of ice cream you choose to eat, everyone is welcome to come on air. That may be why the establishment doesn’t like the show. So as a result they are always trying to disturb and disrupt in many different ways. But the ABB team is ready and loved in the Anonymous collective for being consistent with standing up for human rights and highlighting numerous activism causes without taking donations or monetizing the show.

During the last month or so ABB have been working on a direct audio stream on the Anonymous Bites Back website that cannot be removed by social media, as a backup system to current streams. You can listen to ABB below via Periscope each week on Thursday at 9 P.M. CST and again on Saturday and Sunday for special episodes at 2 p.m. CST. Of course, episodes are always uploaded after the show in podcasts. For more information follow the ABB Twitter account – @abbliveshow.

For the latest Twitter Periscope live stream on Catalonia see the link below:

Anonymous Bites Back on Periscope

Anonymous Bites Back on Gravatar

When will the establishment learn that censoring individuals or a group of people will only result in the Streisand effect? Anonymous Bites Back proves that if you knock someone down they will just get back up stronger than ever. Silencing someone’s voice only makes the public that much more interested in what is being said.

Users of social media are sick and tired of the censorship and shadow bans of their public discussions.

Already, Facebook users have begun migrating away using the hashtag #DeleteFacebook to alternative media websites like – SoMee.Social, Gab.ai, Minds.com, Steemit.com, MeWe, and others where it’s even possible for you the reader and a content producer to get paid for your comments and contributions to the platforms thanks to cryptocurrency.

As a reader’s note: This writer is a part of the Anonymous Bites Back panel and this is a non-paid press release.

Much of the daily content we publish is notable to us for various reasons. Having said that, the views and opinions expressed in this content, (articles, videos or any other content), are those of the authors and do not necessarily reflect the opinions of the authors of this site. As always, please do your own research. Please do not believe what you are told. Take what you like, and leave the rest.
Previous A.I. “RoboCops” Continue Rolling Out Across U.S. Collecting Biometrics and Creating Blacklists
Next The Normals vs. Conspiracy Theorists 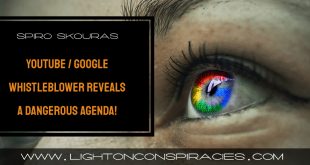 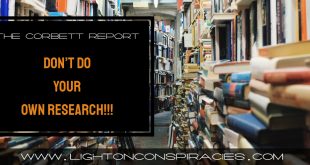 Don’t Do Your Own Research!!! — Propaganda Watch 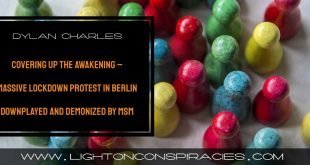