Buzzing for the big count: putting the bee back in Britain

Every third time we lift a fork at the dining table, we should really thank our pollinators. Many people take them for granted but without them, experts estimate we would be without 30 per cent of the food we eat. Unfortunately, habitat loss, the use of pesticides and disease mean that particularly bees, a major pollinator, are more threatened than ever before.

Between 17 May and 30 June, the organisers of the Great British Bee Count (GBBC) are asking people to help by using a free app to identify and record common and easily identifiable bees. Now in its fifth year, the ambitious survey is a way for people to show their appreciation for these special insects and to provide data that may prove crucial to boosting their populations. Once verified and fed into a database that is maintained by the National Biodiversity Network Atlas, the information collected as part of the count allows researchers to gauge how which bees are faring where. 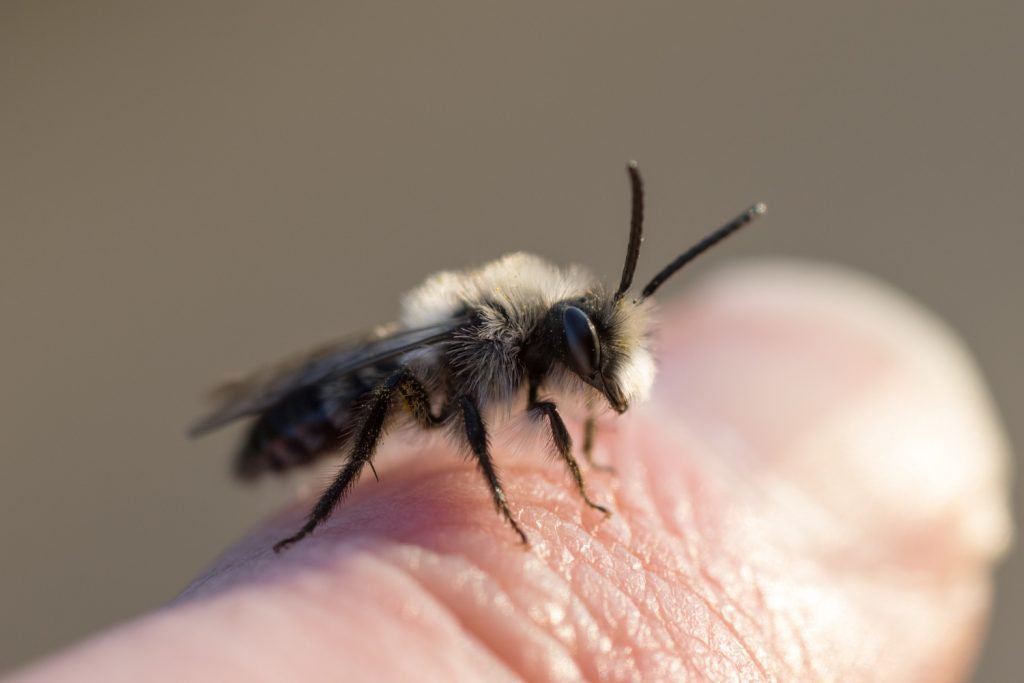 “We know our bees are in decline, but we don’t actually know an awful lot about the numbers,” explains Rory Dimond of Friends of the Earth (FoE), which runs the count with support from green energy firm Ecotricity. But he finds cause for optimism in the fact that more and more people take part in the count each year. Some 16,000 bee-lovers joined in in 2017, recording 320,000 sightings and providing a wealth of invaluable data from gardens, parks and other spots across the UK.

Simon Pickering, principal ecologist at Ecotricity, emphasises that bees are “keystone species – absolutely fundamental to all ecosystems”. He believes that the awareness-raising and educational aspect of the survey is as important as the information gathered. Recent studies, Pickering explains, show people are more likely to care about creatures they can name. “Having the ability to identify an animal is not just a box-ticking thing,” he says, “it actually creates a connection between people and wildlife.” And there are plenty to learn: few people realise that the UK is home to more than 250 species of bees. They include the Tawny mining bee – described by Ecotricity’s resident bee boff, online community manager Paul Sergeant, as “cute and fluffy” – and the male Hairy-footed flower bee, whose hairy feet are key to a rather unusual mating ritual.

Ecotricity – which does not have shareholders but instead reinvests profits in socially positive causes – has already been working with the charity Buglife on bee conservation projects for some time. Buglife’s initiatives include B-Lines — an effort to join up fragments of bee-friendly land across the country by planting wildflower corridors, to enable the insects to travel to reach food and shelter. The context to this project makes for stark reading: Britain has lost 97 per cent of its wildflower meadows since the 1940s.

Having the ability to identify an animal is not just a box-ticking thing. It actually creates a connection between people and wildlife

Pickering hopes that by persuading people to take part in the count, or the Pollinator Promise – which asks people to make one small change to help bees – the decline in numbers can begin to be reversed. While the impact of one gardener making their garden or yard more bee friendly is small, if everyone stopped mowing their lawn, for example, it could prove transformative for the insects, he notes. Local authorities and businesses can also make a difference by adopting bee friendly policies, such as allowing verges and lawns to grow wild instead of mowing them into sterile rectangles of short grass, which are little more than food deserts to hungry bees.

Ecotricity is launching a new product this month to coincide with the count – Ecotalk, which Pickering describes proudly as the country’s greenest phone network. Available as a SIM card already, the service will expand into a broadband and landline provider this summer. All profits will be reinvested in bee conservation. Like the count, switching to Ecotalk is a simple, everyday way in which people can help, Pickering suggests, “without putting themselves out” too much amid busy lives.

Getting involved in bee-friendly projects aligns with Ecotricity’s mission – which includes a focus on promoting ethical, quality food and on giving land back to nature. But the count also appealed to the company, says Pickering, because it is fun, practical and allows anybody to become part of a potential solution.

It was recently confirmed that GBBC data, once verified by experts, will feed into the Pollinator Monitoring Scheme (PoMS), a ‘health check of Britain’s wild bees and other pollinators that is run by the Centre for Ecology and Hydrology. Thousands of verified sightings from this year’s count will be fed into the scheme.

FoE has been campaigning hard around the use of neonicotinoids, a form of insecticide known to damage bees’ ability to navigate, their chances of surviving the winter and their breeding rates. After many campaign groups called for a total ban, in April the EU finally voted to ban the use of neonics on all outdoor crops. FoE described the decision as a “major victory for science, common sense and our under-threat bees”.

The count can help by showing what’s working, as well as what isn’t

Getting as many people as possible involved in building a picture of changing bee populations is crucial to improving the situation, says Pickering. And this is about what’s going right, as well as what the challenges are. By emulating the success stories, Pickering notes, “we might actually see a turnaround in bee numbers and a rise in populations. It’s not only about looking at the negative stories. Some bees are doing as well in towns as they are in the countryside. The count can help by showing what’s working, as well as what isn’t.”

Bee-ing in the right place – a lunchtime safari

In this video, Ecotricity’s online community manager, Paul Sergeant, goes on a lunchtime safari to see what wildlife can be found a stone’s throw from Ecotricity’s headquarters in Stroud

Brands of Inspiration: this article has been created by Positive News and supported by Ecotricity