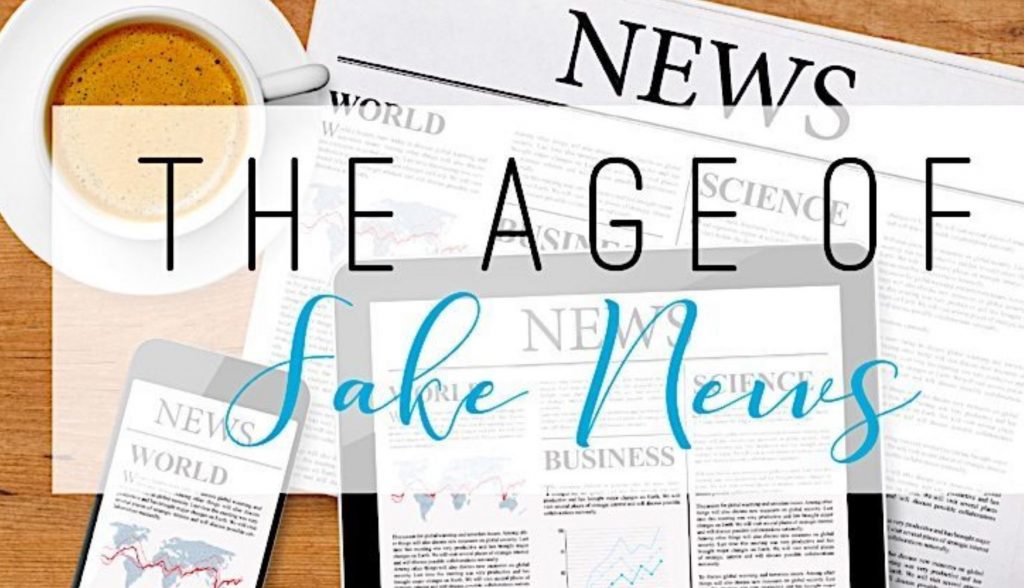 In an Orwellian move straight out of 1984, California has proposed a bill to consider creating a “fake news” advisory group in order to monitor information posted and spread on social media, CBS reported.

Senate Bill 1424 would require the California Attorney General to create an advisory committee by April 1st, 2019. Further, the council would need to consist of at least one person from the Department of Justice, representatives from social media providers, civil liberties advocates, and First Amendment scholars.

The advisory group would be required to study how false information is spread online and come up with a plan for social media platforms to fix the problem. The Attorney General would then need to present that plan to the Legislature by December 31st, 2019. The group would also need to come up with criteria establishing what is “fake news” and what is just biased information.

The Electronic Frontier Foundation opposes the bill, calling it “flawed” and “misguided.” The group argues the measure would make the government and advisory group responsible for deciding what is true or false. It also points out the First Amendment prevents content-based restrictions, even if the statements of “admittedly false.”

Last year the previous iterations of California’s crusade against fake news Assembly Bill 1104 or “The California Political Cyberfraud Abatement Act,” included making it against the law to publish and spread so-called “fake news” that could potentially impact a political race.

In another Senate Bill 947 earlier this year senators proposed teaching students how to spot “fake news.” The legislation aims to come up with statewide school standards on Internet safety and digital citizenship, including cyberbullying and privacy as well as fighting fake news.

The text of the California Political Cyberfraud Abatement Act was so Orwellian that it could apply to anyone who writes, publishes or even shares news stories that could be false, if those news stories are later found to have had an impact on an election.

This bill would modify the definition of the terms “political cyberfraud” and “political Web site” to include Internet Web sites that urge or appear to urge the support or opposition of candidates for public office. The bill would also make it unlawful for a person to knowingly and willingly make, publish or circulate on a Web site, or cause to be made, published, or circulated in any writing posted on a Web site, a false or deceptive statement designed to influence the vote on any issue submitted to voters at an election or on any candidate for election to public office.

The Electronic Frontier Foundation (EFF), once again fought back saying the bill was “so obviously unconstitutional, we had to double check that it was real.”

On Tuesday, the California Assembly’s Committee on Privacy and Consumer Affairs, which Chau chairs, will consider A.B. 1104—a censorship bill so obviously unconstitutional, we had to double check that it was real.

This bill will fuel a chaotic free-for-all of mudslinging with candidates and others being accused of crimes at the slightest hint of hyperbole, exaggeration, poetic license, or common error. While those accusations may not ultimately hold up, politically motivated prosecutions—or the threat of such—may harm democracy more than if the issue had just been left alone. Furthermore, A.B. 1104 makes no exception for satire and parody, leaving The Onion and Saturday Night Live open to accusations of illegal content. Nor does it exempt news organizations who quote deceptive statements made by politicians in their online reporting—even if their reporting is meant to debunk those claims. And what of everyday citizens who are duped by misleading materials: if 1,000 Californians retweet an incorrect statement by a presidential candidate, have they all broken the law?

At a time when political leaders are promoting “alternative facts” and branding unflattering reporting as “fake news,” we don’t think it’s a good idea to give the government more power to punish speech.


The legislation was then pulled after massive blowback from the public, EFF and other privacy rights groups.

The EFF wrote at the time, “At a time when political leaders are promoting “alternative facts” and branding unflattering reporting as “fake news,” we don’t think it’s a good idea to give the government more power to punish speech.”

I couldn’t agree more; it probably isn’t a good idea to give Trump’s government more power to punish free speech.  But beyond Trump this is a growing and worrying trend of legislators worldwide who want to censor information and decide what is and isn’t fake, a move that would undoubtedly allow tyranny by prohibiting negative information.

In April of this year, Malaysia approved a law against “fake news” under the Anti-Fake News 2018 bill that would allow for prison time of up to six years for offenders, shrugging off critics who say it was aimed at curbing dissent and free speech ahead of a general election and amid a multi-billion dollar scandal at state fund 1Malaysia Development Berhad (1MDB), Activist Post reported.

In recent years (increasingly at a rapid rate in the last few months especially), we have seen a visible crackdown on freedom of speech in a number of countries seeking to silence political opinion and news including – Egypt, France, Germany, Indonesia, Brazil, Italy , Singapore, Philippines, Russia, India and of course China. (There still may be other countries missed at the time of this report, or further countries to add at a later time.)

Article 19, an organization formed in 1987 to defend free speech, stated in an article that “a number of countries around the world prohibit the dissemination of false information, even if it is not defamatory in nature.” It adds, however, that these laws against fake news are “rare in the more established democracies and have been ruled unconstitutional in some.”

The U.N. Human Rights Council has “reiterated that false news provisions ‘unduly limit the exercise of freedom of opinion and expression,’” notes Article 19.

The U.N. council has upheld this even in cases of news that may cause public unrest, on grounds that “in all such cases, imprisonment as punishment for the peaceful expression of an opinion constitutes a serious violation of human rights.”

Since the year 2000 in China it has been illegal to post rumors, and news deemed “fake” can lead to prison sentences.

In 2000, the China Finance Information Network was fined $1,807 for re-publishing a report from a Hong Kong news outlet that claimed the vice governor of Hubei Province had accepted bribes from a local company.

In Western countries, the State cannot simply fine a news outlet, and any lawsuit over a story can be defended against if the outlet can prove the article’s claims are verified to be true.

In China, there is no opportunity for outlets to defend themselves.

In November 2015, the Chinese Communist Party revised its law to impose sentences of up to seven years in prison for “spreading rumors” about disasters. Human Rights Watch stated the rule could be abused.

In the past, the Chinese government has detained netizens who questioned official casualty figures or who had published alternative information about disasters ranging from SARS in 2003 to the Tianjin chemical blast in 2015, under the guise of preventing “rumors.”

Meanwhile, in Russia, the Russian telecom regulator is preparing a draft decree designed purely and simply to block all content that contains false information.

As such, since July 2016 content aggregators have been required to verify the veracity of reports that they publish if they do not come from media outlets registered in Russia, and could face harsh penalties for fake news. The Russian Foreign Ministry has posted a new section on its official website dedicated to debunking fake anti-Russian news stories published by international news outlets.