Breaking News
Home / 1. Free Content / Censorship is the New Front in the War on Consciousness

Censorship is the New Front in the War on Consciousness 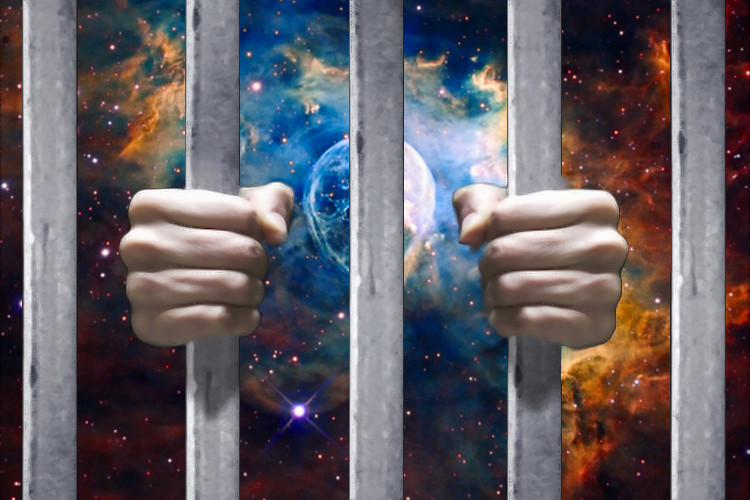 At its core, consciousness is the awareness of being aware. Which is extraordinarily relevant to today’s conversation about the internet censorship being openly carried out by big tech and big government.

You see, when looking at this from the microcosmic level, that is, exploring of the vastness of the inner worlds, increasing consciousness is about digging deep with open eyes to uncover the forces, drivers, baggage, patterns, and programming that influences one’s self. It’s about untangling all of this in order to evolve into one’s highest potential.

Extrapolating this to the macrocosmic, the adage ‘as above, so below – as within, so without,’ is key.

When looking at the outer world with the aim of expanding our consciousness of it, we must also dig deep with open eyes. We must sideline the fear inherent in this sort of exploration, and allow many friendly and unfriendly truths to sink into one’s awareness of the world around us. In order to make the best choices for ourselves, this view must be as broad and as complete as possible.

In 2013, author and researcher Graham Hancock introduced into the current zeitgeist the notion of a war on consciousness.

His perspective was centered around the war on drugs and the development of an international police state. In order to achieve this level of totalitarian control, our perspective must be restricted. And our perception of human potential must not be allowed to move beyond the current socio-economic and political realities.

Hancock suggests that in order to continue to evolve, people must be allowed to follow their innate human drive to seek altered states of consciousness, where guidance and inspiration can be found in abundance.

“But there are many other states of consciousness that the amazing and mysterious human brain is capable of embracing, and it appears to be a natural human urge, as deep-rooted as our urges for food, sex, and nurturing relationships, to seek out and explore such “altered states of consciousness.” A surprisingly wide range of methods and techniques (from breathing exercises, to meditation, to fasting, to hypnosis, to rhythmic music, to extended periods of vigorous dancing, etc.) is available to help us to achieve this goal, but there is no doubt that the consumption of those plants and substances called “drugs” in our societies is amongst the most effective and efficient means available to mankind to explore these profoundly altered states of consciousness.” ~Graham Hancock

Hancock was primarily focused on the use of psychedelics and shamanic plant medicines which are renowned for their ability to smash the illusions on which contemporary capitalist culture is based, and he understood the very practical ways in which this can be controlled. It’s as simple as locking people up into physical cages and terrorizing the rest of the population.

Fast forward five years, and the West is witnessing a remarkable new offensive in the war on consciousness, this time in the arena of information awareness.

When a group of people gets together and conspires to deliberately restrict access to points-of-view, opinions, ideas, personalities and information, then those people are engaged in a struggle to control other’s perception of the world.

Their aim is to control awareness of the diversity of possibilities in how the world is perceived. To shut down imagination.

To control your consciousness of the world we all share.

Doing so allows them to herd everyone else onto the same playing field with the same rules.

This struggle is representative of the Archonic forces at play in our world. Meaning that at its root, the struggle is a spiritual one. It revolves entirely your individual courage to think beyond the corral, to transcend the thought diktat, and to fearlessly continue to explore ideas and truths which resonate with you and help you to make sense of the world.

This is about the struggle to maintain personal sovereignty of mind and spirit, because it is precisely this inner freedom and fearlessness that makes one impossible to control.

Dylan Charles is the editor of Waking Times and co-host of Redesigning Reality, both dedicated to ideas of personal transformation, societal awakening, and planetary renewal. His personal journey is deeply inspired by shamanic plant medicines and the arts of Kung Fu, Qi Gong and Yoga. After seven years of living in Costa Rica, he now lives in the Blue Ridge Mountains, where he practices Brazilian Jiu Jitsu and enjoys spending time with family. He has written hundreds of articles, reaching and inspiring millions of people around the world.

This article (Censorship is the New Front in the War on Consciousness) was originally created and published by Waking Times and is published here under a Creative Commons license with attribution to DylanCharles and WakingTimes.com. It may be re-posted freely with proper attribution, author bio, and this copyright statement.

Much of the daily content we publish is notable to us for various reasons. Having said that, the views and opinions expressed in this content, (articles, videos or any other content), are those of the authors and do not necessarily reflect the opinions of the authors of this site. As always, please do your own research. Please do not believe what you are told. Take what you like, and leave the rest.
Previous Ole Dammegard on ‘This Strange Life’
Next A Snapshot of the Internet Kill Switch in 2018 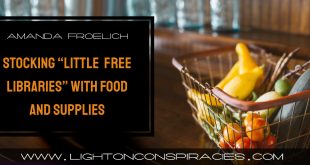 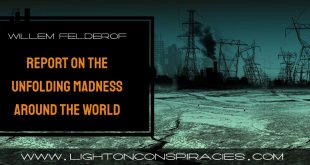