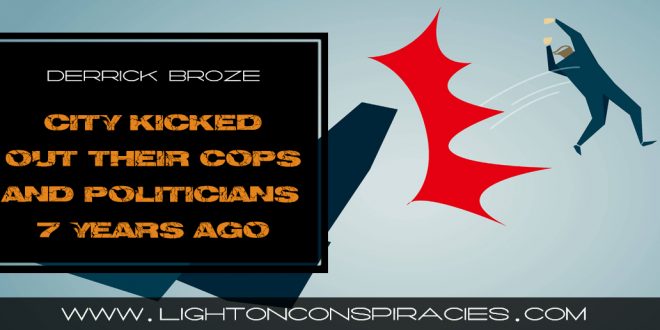 After kicking out their corrupt politicians and police, a city has thrived in peace and has one of the lowest crime rates in all of Mexico. 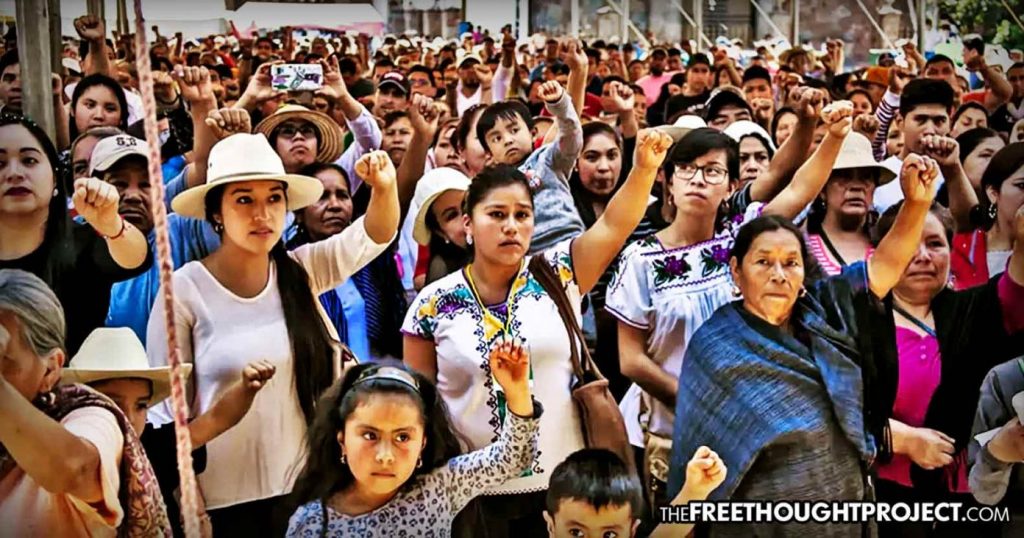 A town in Mexico recently celebrated seven years since kicking out the corrupt narco government and reverting back to an indigenous form of self-governance.

In the town of Cherán, in Michoacán, Mexico, a system of traditional indigenous law-enforcement and accountability continues to guide the people. In early 2011, residents of Cherán created armed militias to fight off illegal logging and drug cartels in their community. The community kicked out politicians and police accused of ties to the drug cartels and began a new system of governance based on Purhépecha traditions.

On April 15 of this year, Cherán celebrated seven years since their revolt against what they call “the narco government”. The people marked the seventh year of self-governance by naming third Council of Elders.

“The narco government included a wide variety of characters, including cartel thugs or “sicarios” working alongside illegal loggers who conspired to ravish Cherán’s forests and anyone who got in their way. Cherán lost over 50 community members between 2007 and 2011. Many of those simply disappeared, never to be seen again.

When Cherán rose up, the local mayor, his cabinet, and all the local police fled the community and left community members to fend for themselves. This and many other details that would come to light during first months of the uprising exposed the collusion of local politicians and the police with organized crime and the very violent and illicit logging activity.”

Seven years later and Cherán has one of the lowest levels of violence in all of Mexico. Quite an accomplishment while living in the violent state of Michoacán. “[Cherán’s] main achievement has been peace. It has the lowest homicide rate in all of Michoacán – and maybe all of Mexico outside of [the south-eastern state of] Yucatán, ” Benjamín Fernández, a sociologist at the Centre for Research and Higher Studies in Social Anthropology (Ciesas), told The Guardian.

“The only thing the parties have done is divide us,” said Salvador Ceja, Cherán’s communal lands commissioner. “Not just here – in the entire country.”

Shortly after the uprising, all cell phone, television, and radio service were reportedly shut off, disconnecting the people from the rest of the world. In this space, the people of Cherán came together to organize nightly “fogatas’, or campfire barricades, which became the central meeting points for organizing. During this process the community came to a consensus and agreed to return to their traditional forms of self-governance using a collective decision making process that continues today.

“The fogatas met every night during the uprising,” TV Cheran reported. “Each fogata would send proposals and a representative to neighborhood assemblies and then to community assemblies. The fogata element of the communal government in Cherán was the only new element.”

The neighborhood assemblies and the larger general assembly are examples of traditional forms of self-governance that were practiced in Cherán 40 years earlier. However, over time political parties and external forms of governance were forced on the people.

While the community guard is by no means a perfect institution it does offer benefits to the locals that were not available under the police or cartels. Local business owners are no longer forced to pay several hundred dollars a month to criminals. The community guard is accountable to the town assembly and chosen by the people.

This model is closer to traditional indigenous governance systems than what we are used to seeing in most modern cities. However, it offers a window into a different possibility that awaits for those individuals and communities that are willing to take their lives and their governance, back into their own hands. When the people are forced to either accept violence or defend their homes, it seems obvious they will organize and fight.