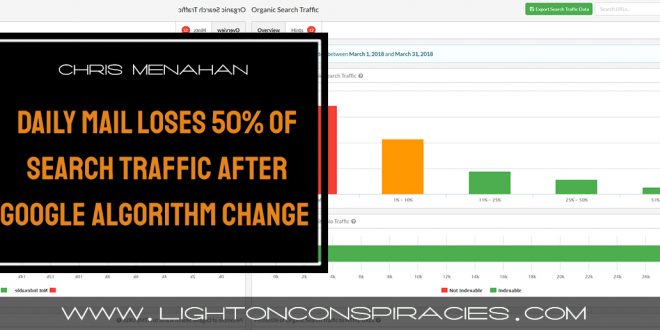 Google is now screwing over even normie-tier right-wing news sites in their quest to purge all content from the internet which counters leftist narratives in advance of the 2020 election.

A few days ago, Google warned publishers that change was on the horizon. The search giant was tweaking its algorithm, and it wanted to let publishers know that they may notice a shift. The company said the change (dubbed the June 2019 core update) wasn’t huge–but any algorithm change will likely affect the websites that rely on accruing search results.

The new algorithm was launched this past Monday, and some publishers are already taking a big hit. Most notable among them is the Daily Mail, which reportedly complained about losing up to 50% of its daily search traffic as a result of this update. The SEO director of the website even seems to have taken to Google’s help forums to report the huge drop, as spotted by the blog Search Engine Roundtable. He added that they saw their “Discover traffic drop by 90%” and it “has not improved.”

External numbers confirm that some sites have seen big drops over the past few days. A new report from Search Engine Land cites data from the SEO tool provider Sistrix, which indicated that many sites saw big drops in search visibility once the algorithm change went into effect. The Daily Mail was indeed listed on Systrix’s list of losers, along with NFL.com and Vimeo.

They also purged Mercola.com, which I’ve always found to be a solid health site: 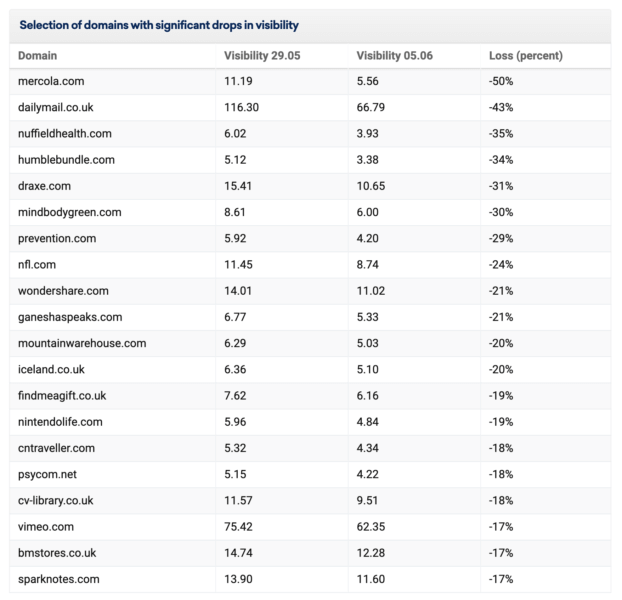 Propaganda sites like HuffPost and the Mirror got a huge boost: 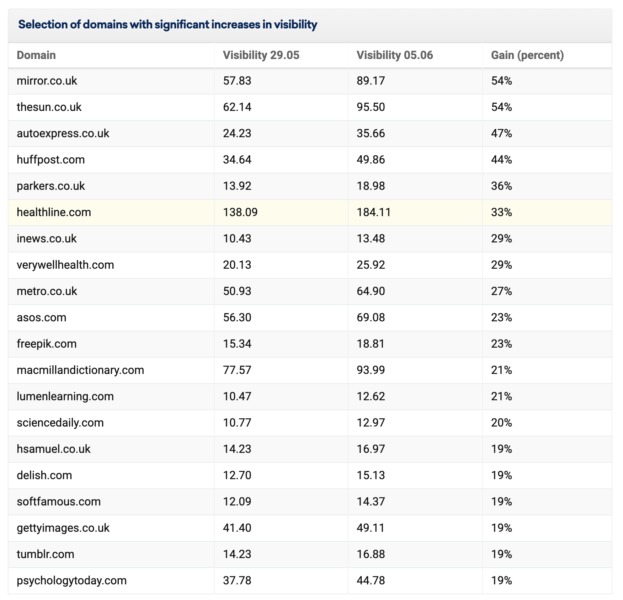 Yours truly was purged quite some time ago. You can search the title of any one of my articles and odds are it won’t even show up, whereas reposts of my articles on other sites — even just RSS feeds without any content — will.

I saw the other day searching for “Information Liberation” and “InformationLiberation” started bringing up as the number one search result the around 1-year-old, comically stupid, for-profit, fake fact-checking site “MediaBiasFactCheck,” with ~15-year-old InfoLib being number two. (Right now it seems to be back to number one.)

The Gateway Pundit pointed out recently how they were pushed down to number 5 if you search “Gateway Pundit.” 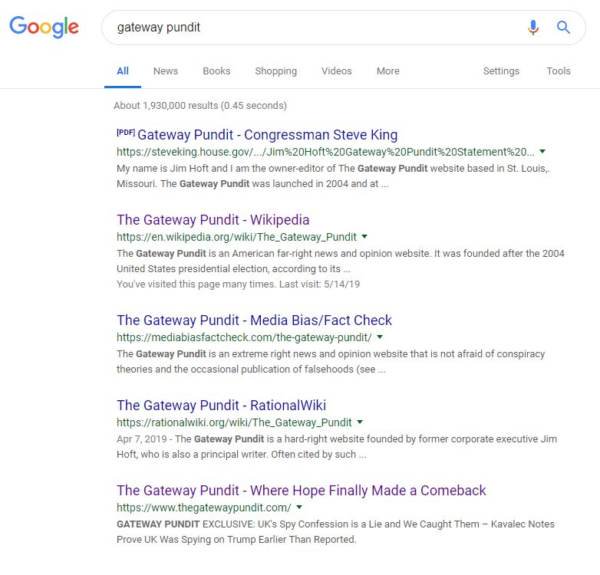 This article was sourced from Information Liberation.