Dangerous Type of GMO Being Introduced Into Food Supply

Few topics in the scientific world are as fiercely debated as the use of genetically modified organisms, or GMOs. Despite the fact that they have passed the U.S. Food and Drug Administration’s (FDA)safety tests, nearly 40 countries around the world have banned their use due to health and environmental concerns.

With a growing population of health-conscious people, the debate over their use continues to rage. While the public has been worried about the safety of GMO foods for ages, the US, Monsanto’s favorite playground, has shown no fear and instead has welcomed a new type of GMO into the food supply.

As reported by Stat News, researchers have found a new, dangerous way to tinker with the genetic basis of the world’s food supply without clear regulatory guidance. These so-called “gene-edited” foods are set to make their big debut soon. Next-generation genetically modified food, or what some are referring to as GMO 2.0, can be altered through “editing or deleting genes, turning genes on or off, or even creating entirely new DNA sequences on a computer.”

Because the GMO industry has spent millions of dollars to prevent mandatory labeling and regulatory instances have not yet caught up with the latest biotechnology techniques, most of these new Frankenfoods will be labeled “non-GMO” or even “natural.”

The apple that never browns

One of the first “gene-edited” foods that has already emerged in some stores across the United States is the Arctic Apple, which is sold in stores pre-sliced and ready to eat. These altered apples do not turn brown when exposed to air, not even when rotten.

While biotech companies such as Intrexon, the company that made the Arctic Apple, believe this novel technique will lead to less food waste, Stat News noted that these foods are being released with little understanding of their potential health and environmental risks. With no required safety assessments or regulatory oversight in place, the GMO industry once again gets a free pass.

Apples turn brown for a reason, and some scientists are convinced that the natural browning enzymes play a crucial role in fighting diseases and pests, meaning farmers will probably have to up their pesticide use to grow these Franken apples. As the effects of these newly emerged GMO techniques have not yet been thoroughly investigated, they could mess up gene expression in human cells and pose a serious threat to public and environmental health.

Next to the gene-silenced apples, other gene-edited products are on their way to the market. These foods include non-GMO labeled canola oil modified to withstand more pesticides, gene-altered salmon which grow faster, and lab-made vanillin derived from a genetically modified yeast.

With little understanding of their potential risks, lack of long-term safety assessments, and no regulations, the door for unethical practices and misuses stands wide open. Therefore, the FDA quietly announced that it will give citizens a chance to express their concerns and ask questions about the new generation of genetically engineered foods.

Anti-GMO groups already successfully pushed for a ban on GMO crops in places like Boulder County, Colorado and Sonoma County, California, and several food giants have agreed to eliminate GMO ingredients from their products. Many GMO critics have recently aired their concerns about the Arctic Apple. Not only does it house questionable, altered genes, but how will people know if their apple slices are still fresh when they don’t turn brown. (RELATED: Stay informed about more GMO news at GMO.news.)

“This apple is understudied, unlabeled, and unnecessary,” said Dana Perls, the senior food and technology campaigner with environmental nonprofit Friends of the Earth. “It’s only a matter of time before consumers realize they’re being falsely marketed to … And then there will be an uproar.” 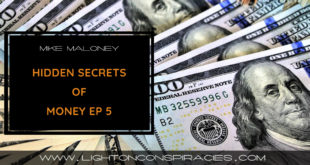 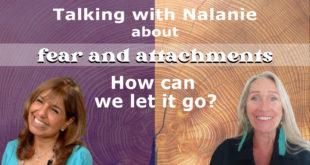