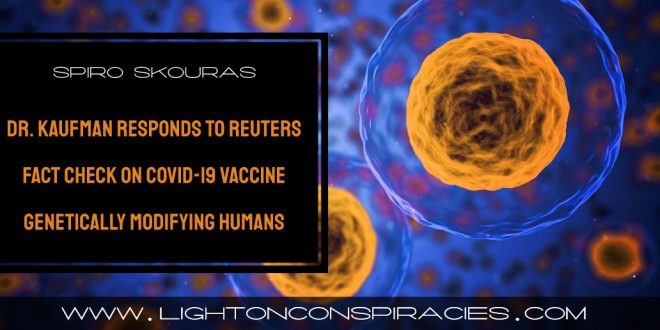 In this interview, Dr. Andrew Kaufman joins Spiro for a second time. The first time Dr. Kaufman joined Spiro, they talked about topics that, apparently, nobody is allowed to talk about … if you dare question the official story that is.

In the first interview the two discussed the coronavirus, they covered testing and they covered the vaccine. The video was quickly approaching 100k views but YouTube removed the video after only a couple days. This video will likely be taken down as well, because it does not conform to the establishment’s narrative.

Not only did YouTube remove the previous video, Reuters, which is a massive international news publication that news sites from all over the world obtain their talking points from, published a fact checking report attempting to debunk Dr. Kaufman’s claims that the new COVID-19 DNA vaccine would genetically modify humans. In this must-see report, Dr Kaufman responds to the Reuters ‘fact checking’ report.