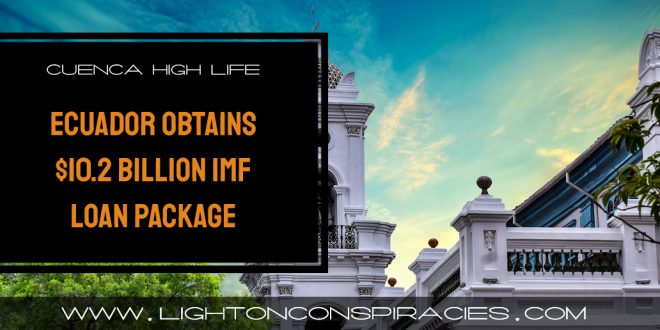 The International Monetary Fund announced Wednesday that Ecuador will receive $10.2 billion in financial assistance to cover its national budget deficit and reduce pressure on the repayment of previous obligations.

The IMF said that Ecuador has agreed to allow the United Nations to supervise the disbursement of funds.

In acknowledging the loan package, President Lenin Moreno says it represents a “major step” in Ecuador’s effort to rejoin the world economic community. “We have regained confidence and credibility in international financial markets and are pleased that the major lending organizations have decided to join us on the road to stability that we are building.”

Moreno did not disclose the terms and conditions of the loans, saying only that a “staff level agreement” has been reached with the IMF. During negotiations, the president said government expenditures that assisted the poor and disabled would not be not subject to reduction.

Based on recent IMF loan packages to other countries, it is believed that most of the loans will carry a 5 percent to 6 percent interest rate with terms of 20 to 30 years, financial analysts say. This is a substantial improvement over other loans Ecuador has contracted in recent years, some of them carrying interest rates as high as 10.75 percent.