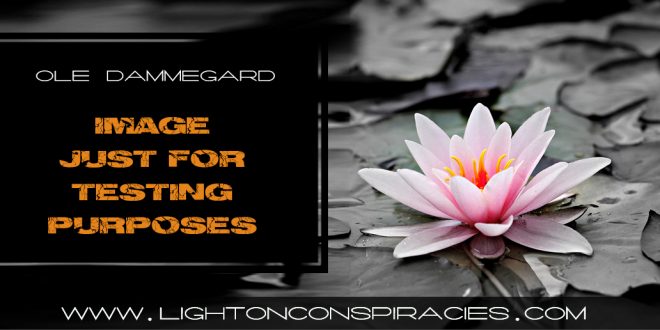 What is the ideal group that Ole likes to speak in front of?

Fair question, but the truth is that it’s any group that is ready to hear the message and put it into action – and we find that can show up in just about any kind of group. So we don’t have any preconceived idea of a ‘perfect group’ except that it would be one that is already receptive to this kind of information and ideally is looking for ways to improve certain areas. Ole does not enjoy events where the goal is to ‘convince’ a group that all this is for real, so those would not be opportunities he is looking for.

We are in a non-English speaking country. Would you be providing translation services?

Any translation service would be the responsibility of the hiring group. Ole’s talks are only given in English at this time.

What's the minimum number of people to whom he will speak?

Because he works for a flat fee it will normally not be an issue to have small groups. He will be available for up to 8-10 hours per day. Then it is up to you, the arranger, to book in talks, interviews, radio/TV-shows or private sessions.

What expenses are involved?

Speakers fee: Please enquire here. 50% of the speaking fee is due at the time of booking, with the remainder due after the presentation. In addition to speaking fees, clients will pay for travel-related expenses such as transportation to and from airports andor car rental, air fare, hotel accommodations, meals, and any other out of the ordinary expenses that arise from travel to and from the event. Hotel accommodations must have Internet access.

Do you want us to book his hotel?

Yes please, Ole would very much appreciate that. In fact, in many cases booking the hotel yourself means you can deduct sales tax. That probably won’t be possible when the hotel invoice is on his name, paid first by him, and then later invoiced to you. He will appreciate a 3 – 5 star hotel.

Do you have a contract or agreement?

Ole has never needed a contract, and he prefers not to make one. His speaking engagements are arranged in good faith and trust. No customer has ever disappointed him, and vice versa. He suggests we keep it that way. :-

Can you provide references and/or testimonials from past events?

Sure. Please see above, check out his guestbook, the testimonials or send us an email for more.

Is Ole open to doing Q&As via Skype?

Who do Ole's talks tend to appeal to?

Ole has given engaging, informative, and entertaining speeches and Q&A sessions to a wide range of audiences, including in Spain, Gibraltar and Denmark as well as taken part on live global broadcasts like The Transcend the Bilderberg Symposium and the Radio Marathon 2014. Ole’s talks tend to appeal to just about anyone interested in learning about the major ongoing conspiracies in the world, most of which are actually connected.

What topics will Ole discuss in keynotes speeches?

Ole’s speeches usually touch upon the following topics, but he is happy to add or omit topics if you have any special requests:

* The JFK-assassination – exposed in great detail

* The Woolwich Beheading – How a false flag operation is carried out.

* Re-Mind Me – This is a great talk workshop to see if you are aware of what is going on in your life.[/accordion]

What does he need during his presentation?

Ole prefers a hands-free microphone (a headset or a clip-on mike, a place where he can see his own presentation when he’s speaking (either his own laptop on the stage, or a duplicate screen in front of him, a big glass of water, and an interested audience.

That sounds great, but of course it depends on his schedule. Feel free to check with us.

Can we make a video of his talk?

Yes, you can make (and publish videos of most of his presentations. However, he makes an exception for his latest newest presentation, to maintain a sense of exclusivity for other paying customers.

Can we cancel our arrangement?

You can cancel your event (and your agreement with Ole up to two weeks before the event. In that case he will only charge any travel costs he had already incurred and to which you had committed.

FOR BOOKINGS AND MORE INFORMATION, PLEASE EMAIL US HERE