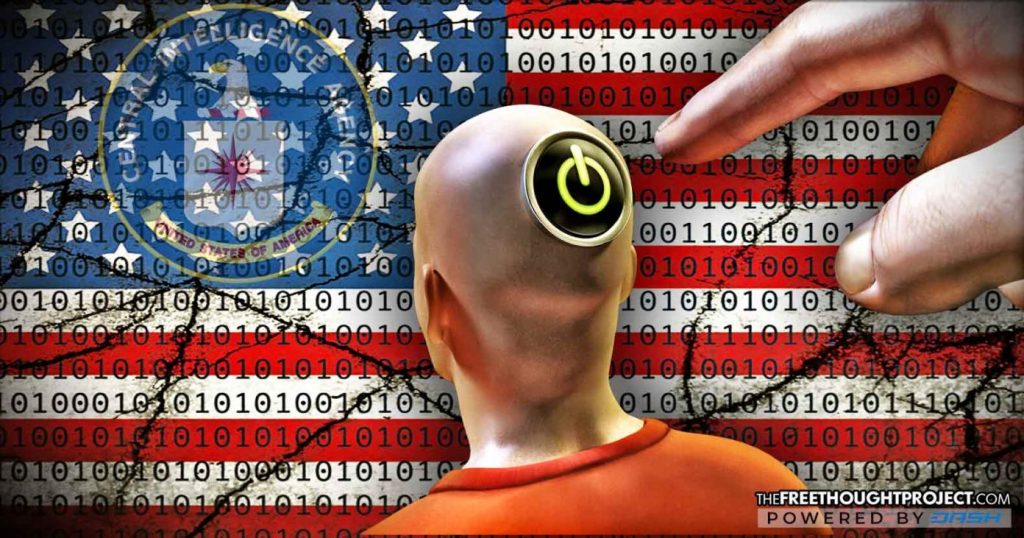 Most of the government mind control programs that exist are kept secret, but over the years there is one that managed to draw the attention of the public. That program was a government project called “MK Ultra,” a CIA operation that involved extreme methods of mind control that were tested on US and Canadian citizens. The projects began in the 1940s and ran until the 1970s when the details of the experiments were exposed because victims began speaking out about the conditions that they were subjected to.

There were 150 “sub-projects” within the MKU program, many involved advanced brainwashing techniques using psychological drugs, sensory deprivation and electroshock therapy.

A new class-action lawsuit was filed by families and survivors of MK Ultra experiments in Canada this week, since the controversial mind control experiments were also conducted there, as well as in the United States. The experiments were overseen by Dr. Donald Ewen Cameron, the first Chairman of the World Psychiatric Association, and president of both American and Canadian psychiatric associations.

To preview the book click on the thumbnail below:
Buy the paperback hereBuy the eBook here

The plaintiffs in the lawsuit were all involved in experiments at the Allan Memorial Institute of McGill University, but similar experiments took place in dozens of other locations across the U.S. and Canada. In most cases, test subjects were unknowingly entered into these dangerous studies after they reported common psychological problems like depression, anxiety or addiction.

Marlene Levenson, the niece of a deceased MK Ultra survivor named Phyllis Goldberg, who was recently interviewed by CTV News about the pending lawsuit, said that her family’s life was torn apart by the experiments and that her aunt was never the same again after leaving that hospital.

“When she would be with us, on weekends and so on, she didn’t communicate. She laughed for no reason. Her gait was very different. She couldn’t dress herself—she couldn’t do anything for herself. When you went to pat her, just as a gesture, she would cringe. That bewildered me—not realizing, or understanding, she had electric shock equipment put on her head so many times that it [remained] in her subconscious,” Levenson explained.

“I could not believe this was allowed. These were innocent people who went in for mild depression—even if it was severe depression, post-partum, neurological things that happened—they came out completely ravaged, and their life was ruined,” she added.

Angela Bardosh, another family member involved in the lawsuit, says that the experiments gave her mother schizophrenia.

“It’s horrific to go back—for me, it took years to go back and read my mom’s medical records. Within six months with the treatments that Dr. Cameron did, it turned her into an acute schizophrenic. She suffered greatly through the mental health system,” Bardosh said.

In 1973, when the experiments began receiving public attention, CIA director and chief architect of MKU, Richard Helms, destroyed records of the project, but some papers were misfiled and overlooked, providing evidence that the program existed. Just a few years later those misfiled papers would come back to haunt the Pentagon as they would expose some of the harsh realities behind the MKU program. After this evidence surfaced, dozens of victims came forth claiming to be test subjects in MKU experiments and filed lawsuits against the CIA.

The governments of both the U.S. and Canada have done their best to avoid responsibility for these experiments, and although there have been several rulings in favor of some victims, these families are usually left to fight it out individually in court. In 2009, veterans groups attempted to sue the CIA over trauma and suffering caused by the experiments, and they are still appealing their case today. According to a report from Wired:

The experiments allegedly included “the use of troops to test nerve gas, psychochemicals, and thousands of other toxic chemical or biological substances, and … the insertion of septal implants in the brains of subjects in … mind control experiments that went awry, leaving many civilian and military subjects with permanent disabilities.” Subjects were tested without their consent, the veterans say. And when the trials were over, the government failed to “provide health care or compensation.”

In 1992, nearly 70 MK Ultra victims were awarded $100,000 by the Canadian government as restitution for the experiments, but many of the victims—including those involved in this most recent lawsuit—were not eligible for compensation because the ruling allowed for a very small window of qualifications, leaving out a very large number of survivors.

The group filing the lawsuit is seeking a public apology from the government as well as compensation, although it was not specified how much they are seeking.

John Vibes is an author and researcher who organizes a number of large events including the Free Your Mind Conference. He also has a publishing company where he offers a censorship free platform for both fiction and non-fiction writers. You can contact him and stay connected to his work at his Facebook page. John just won a 3-year-long battle with cancer, and will be working to help others through his experience, if you wish to contribute to his treatments consider subscribing to his podcast to support . This article first appeared at The Free Thought Project.

Previous Mainstream Media vs. the Age of Information
Next Updates on Proposed Rules for GMO Labeling…