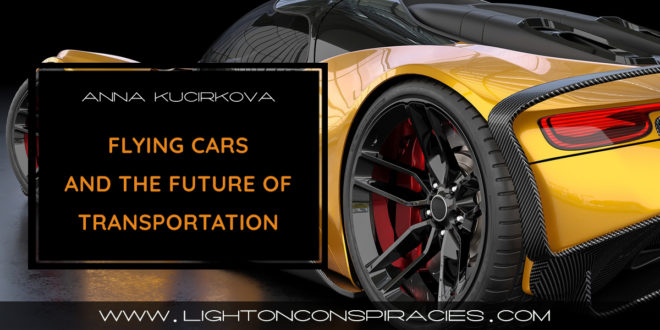 Flight of Fancy: Flying Cars and the Future of Transportation

For an entire generation, the 1989 sequel to Back to the Future help to spark the idea that flying cars would one day exist. Of course, the future portrayed in that movie – the year 2015 – has come and gone.

Four years on from that future, we’ve yet to see a flying Delorean, or any commercially viable and road-worthy flying vehicle materialize. It’s not due to a lack of trying.

Current technologies, however, are beginning to catch up with those crazy ideas of the past. While a flying time machine may not be on the horizon anytime soon, a flying car is a very real possibility.

Let’s take a look at where development stands and how close we might be to the long-held promise of a car taking flight.

What is a Flying Car?

Yes, that question begs an obvious answer, but the modern flying car is not at all reminiscent of those from Hollywood fiction. In other words, very few of them look like a car.

Flying cars, of course, must pull double-duty. They require lift and propulsion to fly through the air, wheels and suspension to handle city streets, and the controls necessary to manage both.

Many of the current concepts and prototypes bear greater resemblance to either a small plane or a helicopter or large scale drone. These are VTOLs, which is short for vertical takeoff and landing.

More traditional (if there is such a thing in this area) flying cars have the dual challenge of drive plus fly. Concepts are showing up in increasing numbers thanks to the technology finally allowing practical and more cost-effective applications of air and land worthy vehicles.

Further complicating development is that flying cars must meet two vastly different levels of qualification. While being road legal to where any licensed driver can operate it, the taller task is adhering to air traffic safety and operation. VTOLs need only meet FFA approval.

In either case, it’s why you shouldn’t expect a flying anything in your garage anytime soon.

It’s more likely that the actual future of airborne motor vehicles will be automated. Until that time, however, several startups are staking an early claim in both markets.

Who’s in the Business of Making Cars Fly?

A Google search using the words “flying” and “car” will garner you over half a billion results. Many of those web pages and articles also include the phrase “closer than you think.” Most within the past few years.

While the concept isn’t new – in 1927, Henry Ford first proclaimed its eventuality – we are still waiting for it to materialize on a grand scale. However, several startups are attempting to deliver on the promise – some with actual working prototypes.

Slovakia based AeroMobil is one firm that is working feverishly towards genuine proof of concept in the hybrid car-plane segment. And their vision is the real deal – part airplane, part automobile.

AeroMobil is currently developing its fourth prototype, the cleverly named 4.0.  It includes retractable wings and a traditional means of flight similar to the company’s 3.0 test vehicle that won 2015 Invention of the Year from Popular Science magazine. Currently, the company is aiming to commercially launch the 4.0 in 2020 and a 5.0 version capable of vertical takeoffs and landings a few years later.

Arguably, one of the more difficult flying car concepts to categorize is the Airbus-Italdesign Pop.Up. It uses three module components to achieve its flight and drive capabilities.

The entire system runs via an AI-based platform and virtual interface module.

Based on VTOL flight, the ground and air modules interchange with any passenger capsule creating a true ferrying system across land and air.

The two-seater Liberty from Dutch company Pal-V bills itself as the world’s first flying car. Its Pioneer edition, which is currently securing orders with a $25,000 deposit and $599,000 total price tag, will be limited in production to only 90 vehicles.

The helicopter-like Liberty possesses Italian design elements that make it one of the more distinctive-looking vehicles on our list. Seating two people, the vehicle uses regular automotive gasoline and has 100hp for street level driving and 200hp for flight. The current delivery schedule is  2021 for European countries.

Based in Massachusetts, Terrafugia is working to develop two flying vehicles – the Transition and the TF-2.

The Transition is the company’s personal craft. As a gas-electric hybrid, it achieves flight through wings that unfurl from an upright position. It’s street mode favors function over form (thanks in large part to how the wings store away) to get you from runway to driveway without much fuss. When compared with other flying cars, here, flight comes first.

The TF-2 is a passenger and cargo transportation systems that follow closely to the Airbus modular approach, albeit with a twist. The passenger or cargo cabin resembles a futuristic conversion van when traveling via ground. The cabin then docks with a VTOL-type air vehicle as the flatbed carrier drives away. Watching it via concept video, the implications for ride-sharing and cargo delivery services are quite apparent.

Neither of the Terrafugia vehicles has a definite delivery date.

Beyond flying individually owned cars, there exists the idea of radically changing how we look at personal transportation. The world’s largest rideshare company, Uber, is leading the charge.

Instead of ground-based vehicles, the Uber Elevate program is banking on purely airborne, urban transportation.

Employing a fleet of VTOLs, the Elevate program is set to start limited capacity testing next year with commercial service in Dallas, Los Angeles, and Melbourne slated for 2023. Elevate will ferry passengers between skyports in each of the three cities.

The program is far enough along that concept art of what the skyports might look like, including room for restaurants, stores, and parks, have been released. The design even envisions charging stations for Jump bikes and scooters, foretelling a truly electric future.

The flying taxi VTOLs look like a cross between a Cessna and a drone. Current designs have room for four passengers and a pilot. As the program evolves, the plan is to go pilotless with a fully autonomous craft.

Flights will run $5 a mile, with costs expected to decrease as the program scales up.

Other VTOLs that are currently in development or testing include:

Whereas most flying cars and VTOLs operate off gas or electric batteries, the Alaka’i Skai is banking on hydrogen fuel cells. With an employee roster that includes former experts from Airbus, Boeing, and NASA, there is some serious brainpower behind the concept.

The company’s initial goal is to bypass commercial use, for now. They will produce a craft that can fly 400 miles or for four hours and aide in emergency services (search and rescue) and cargo delivery.

Fully electric with self-piloting capabilities, the Vahana and CityAirbus have taken approximately 180 test flights between them. The Vahana, as a single-seat craft, is aimed at personal transportation with a schedule 2020 public release. The four-seater CityAirbus is planning a 2023 launch.

With an assist from Google co-founder and current CEO of Google’s parent company, Alphabet, the single-seat Blackfly is a VTOL aircraft for the flight as hobby crowd. It’s one of the more impractical crafts on our list, but the videos of the craft when its airborne are indeed mesmerizing.

Although the company itself is in bankruptcy, the personal VTOL quadcopter still appears to be in development, with decent, if somewhat impractical, test footage.

Not wholly a VTOL and not exactly a flying car, the Volocopter is akin to a drone-based science project. Eighteen rotors can lift two passengers for up to 30 minutes and a range of 17 miles.

Although this 8-propeller VTOL is taking reservations (a $1,000 deposit will allow you to purchase a $200,000 model), it’s at least two years away from commercial flight approval from the FAA.

The concept of VTOLs, like the Uber Elevate, isn’t too different from taking a helicopter from one helipad to another (Uber Copter is currently doing this in New York). However, the affordability and scale could establish a massive shift in how we consider transportation in our daily lives, particularly in urban settings.

Similarly, the prototype flying cars may not develop into a commercially viable reality with a flying car in every driveway. They are laying the groundwork for future concepts that will develop and deliver faster, bringing us one step closer to highways in the sky.

In either instance, the reality of flying cars may not play out as it does in movies like Back to the Future Part II, but at least there seems to be a future finally in sight.

Share
Previous ‘I walk with pride because of my daughter’
Next U.S. Unleashes Military to Fight Fake News, Disinformation