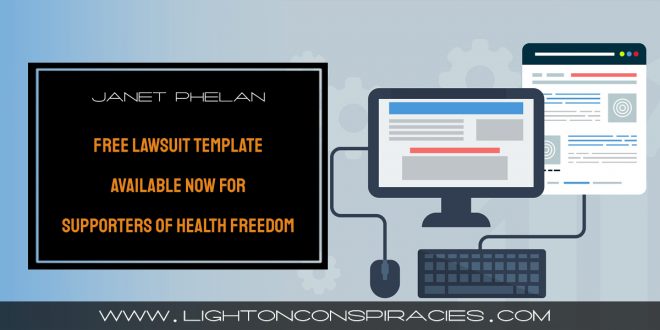 There are increasing incidents of angry confrontations between those refusing to wear a mask and those who maintain that masks are protecting them from imminent illness and death. Shaming has become a regular mechanism on social media, as the masked accuse the unmasked of endangering their lives.

In some stores, police are being called to resolve the presence of an unmasked shopper.

Sometimes the confrontations are turning violent. In Manhattan Beach, a woman threw scalding coffee in a man’s bare face.

The violence is not contained to masked-on-unmasked assaults. In this incident, a woman asked another to wear her mask and was brutally assaulted by the unmasked, who threw her to the floor and broke her leg.

Amidst the rising tensions in confrontations between the masked and the mask refuseniks, an organization has stepped forward to offer a template for lodging a federal lawsuit claiming damages caused by forcing masks on or denying services to those unwilling or unable to wear them.

According to Frank Waldo at Fraudstoppers.org, the free lawsuit template can be filled in and filed against any business or government entity that mandates mask wearing.

To quote directly from the lawsuit,

In enacting said mask mandates, Plaintiff proffers, these same municipalities have opened the door for discrimination against those with certain medical and other disabilities, which may prevent individuals, such as Plaintiff, from full compliance with said mandates.

Count One in the lawsuit template references the Americans with Disabilities Act, and states that the exclusion due to refusal to don a mask constitutes a violation of the ADA, as the Plaintiff’s medical condition precludes mask wearing. Count Two cites 42 USC 1983, which refers to a flat out denial of civil liberties secured by the Constitution. Count Three cites “Intentional Infliction of Mental Distress” as caused by the Defendant in refusing the Plaintiff normal access to the business or government location.

Fraudstoppers is offering a mediation service in these cases. “Let’s say you are suing Walmart for a hundred grand and they want to mediate, so we can go in there for you and wrap this up for, let’s say, a $10,000 Walmart gift card,” says Waldo.

While the lawsuit template can be obtained for free from Fraudstoppers, the organization generally requires membership for its services. Fraudstoppers is now offering a special and the use of a coupon code, “exiled” will get you a $100 deduction off the $347 membership at this time.

According to Frank Waldo, Fraudstoppers has been “overturning tables on the money changers since 2012” and has helped over 15,000 litigants. This lawsuit, states Waldo, could potentially help not only to address the inherent legal issues but could also help with the financial devastation caused by the protocols surrounding the virus. The template for the lawsuit can be downloaded from fraudstoppers.org.

Disclaimer: This article is not intended as legal advice; it is offered for general informational purposes only. Activist Post does not endorse Fraudstoppers, nor receive payment for recommending their services. Please do your own research.