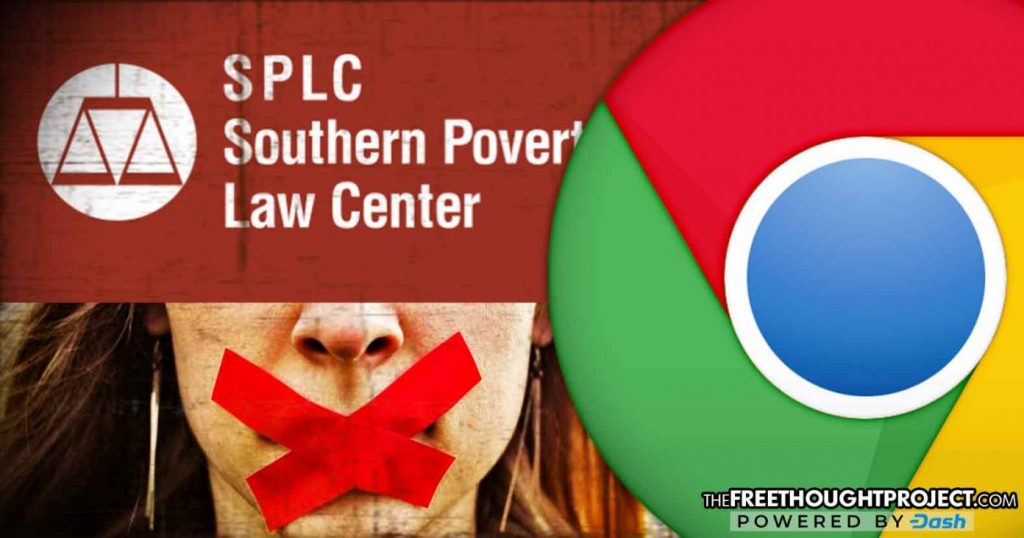 Montgomery, AL – After being sued in April by Islamic reformer Maajid Nawaz and his organization, the Quilliam Foundation—over being listed as an “anti-Muslim extremist” in the Southern Poverty Law Center’s “Field Guide to Anti-Muslim Extremists”—the SPLC has announced that they reached a settlement with the liberal Islamic reformer, agreeing to pay Nawaz and Quilliam $3.375 million “to fund their work to fight anti-Muslim bigotry and extremism.”

“The Southern Poverty Law Center was wrong to include Maajid Nawaz and the Quilliam Foundation in our Field Guide to Anti-Muslim Extremists. Since we published the Field Guide, we have taken the time to do more research and have consulted with human rights advocates we respect,” SPLC president Richard Cohen said in a statement. “We’ve found that Mr. Nawaz and Quilliam have made valuable and important contributions to public discourse, including by promoting pluralism and condemning both anti-Muslim bigotry and Islamist extremism. Although we may have our differences with some of the positions that Mr. Nawaz and Quilliam have taken, they are most certainly not anti-Muslim extremists. We would like to extend our sincerest apologies to Mr. Nawaz, Quilliam, and our readers for the error, and we wish Mr. Nawaz and Quilliam all the best.

The list, which was published in 2016 and deleted shortly after Nawaz filed the suit, was reportedly intended to serve as a resource for journalists. The deletion of his inclusion as an “extremist”—a very serious accusation—came nearly two years the Muslim reformer first demanded the organization retract. The fact that it took litigation before he was removed from the list, despite requesting to be taken off of the list two years earlier, reveals the organization almost certainly had no intention of removing him without legal challenge.

“It’s a shame that it took impending litigation for the Southern Poverty Law Center to finally set the record straight and admit it was wrong all along,” Megan Meier, a partner at Clare Locke, the law firm that represented Nawaz, said in a statement provided to National Review. “Quilliam and Mr. Nawaz do admirable work, and we are honored to have restored their reputations and achieved this victory on their behalf.”

Therein lies the problem, as critics say that the SPLC operates as more of a partisan progressive hit operation than an actual civil rights watchdog group, and nefariously utilizes its position as an arbiter of hatred by including legitimate partisan ideologues as “extremists” alongside white supremacists in an effort to rile up its liberal donor base as it simultaneously pushes a partisan political agenda.

The SPLC has previously included Senator Rand Paul and Housing and Urban Development Secretary Ben Carson on extremist lists (Paul for suggesting private businesses shouldn’t have to adhere to the Civil Rights Act and criticizing the Fair Housing Act; Carson for his views opposing same-sex marriage), according to Politico.

Carson was eventually removed from the “extremist watch” list and the group issued an apology after the absurdity of his inclusion became a widespread topic of derision across the conservative media spectrum. But the entire episode led to a more clear realization of the intrinsically politicized nature of the SPLC.

“Time and again, I see the SPLC using the reputation it gained decades ago fighting the Klan as a tool to bludgeon mainstream politically conservative opponents,” Cornell Law Professor and critic of the SPLC, William Jacobson said. “For groups that do not threaten violence, the use of SPLC ‘hate group’ or ‘extremist’ designations frequently are exploited as an excuse to silence speech and speakers. It taints not only the group or person but others who associate with them.”

The controversial group similarly branded Ayaan Hirsi Ali, a Somali- and Muslim-born critic of the religion, as an “extremist” for advocating the abolition the atrocious practice of female genital mutilation, which she herself was subject to as a child.

The SPLC’s targeting of Nawaz, who is a former Islamist turned anti-extremism advocate and recognized human rights advocate, even sparked critical coverage in The Atlantic—a publication founded by abolitionists.

But perhaps the most critical problem is the legitimacy given to the SPLC by four of the world’s biggest tech platforms, as revealed in an exclusive investigation by the Daily Caller News Foundation, which showed Facebook, Amazon, Google and Twitter all utilize the SPLC, which routinely labels conservative organizations as “hate groups,” to police their platforms for “hate speech.”

The investigation revealed that while Amazon gives the SPLC the most direct authority over its platform, all of the aforementioned tech companies give the progressive organization a significant amount of influence within their platforms.

“We remove organizations that the SPLC deems as ineligible,” an Amazon spokeswoman told the DCNF.

Amazon grants the SPLC that power “because we don’t want to be biased whatsoever,” the spokeswoman said. However, she could not say whether Amazon considers the SPLC to be unbiased.

Consequently, Christian legal groups such as Alliance Defending Freedom—which recently successfully represented a Christian baker before the Supreme Court—are banned from using the Amazon Smile program, while openly anti-Semitic groups are allowed on the platform, according to the report.

“Charitable organizations must meet the requirements outlined in our participation agreement to be eligible for AmazonSmile. Organizations that engage in, support, encourage, or promote intolerance, hate, terrorism, violence, money laundering, or other illegal activities are not eligible. If at any point an organization violates this agreement, its eligibility will be revoked,” an Amazon spokeswoman said in an additional statement.

“Since 2013, Amazon has relied on the US Office of Foreign Assets Control and the Southern Poverty Law Center to help us make these determinations. While this system has worked well, we do listen to and consider the feedback of customers and other stakeholders, which we will do here as well,” the spokeswoman added.

Additionally, the Daily Caller report went on to note that Google uses the SPLC to police “hate speech” on YouTube:

The SPLC and other third-party groups in the “Trusted Flagger” program work closely with YouTube’s employees to crack down on extremist content in two ways, according to YouTube.

First, the flaggers are equipped with digital tools allowing them to mass flag content for review by YouTube personnel. Second, the groups act as guides to YouTube’s content monitors and engineers who design the algorithms policing the video platform, but may lack the expertise needed to tackle a given subject.

The SPLC is one of over 300 government agencies and nongovernmental organizations in the YouTube program, the vast majority of which remain hidden behind confidentiality agreements.

So, we have an organization that has no issues with putting Rand Paul on a list of “extremists” being given control of the modern informational gateways of society. If this group is willing to classify people like Ben Carson and Paul as “extremists,” they cannot be realistically trusted to determine what is “hate speech” worthy of removal—also referred to as censorship.

Essentially, what you have is a partisan ideological organization masquerading as a legitimate civil right group that has operationalized as a censorship mechanism for the masses. By simply equating a person or organization with “extremism,” the SPLC—in concert with the big tech companies—has the ability to effectively delegitimize them across the mass media spectrum, which will dutifully report whatever the SPLC deems as truth.

Jay Syrmopoulos is a geopolitical analyst, freethinker, and ardent opponent of authoritarianism. He is currently a graduate student at the University of Denver pursuing a masters in Global Affairs and holds a BA in International Relations. Jay’s writing has been featured on both mainstream and independent media – and has been viewed tens of millions of times. You can follow him on Twitter @SirMetropolis and on Facebook at SirMetropolis. This article first appeared at The Free Thought Project.