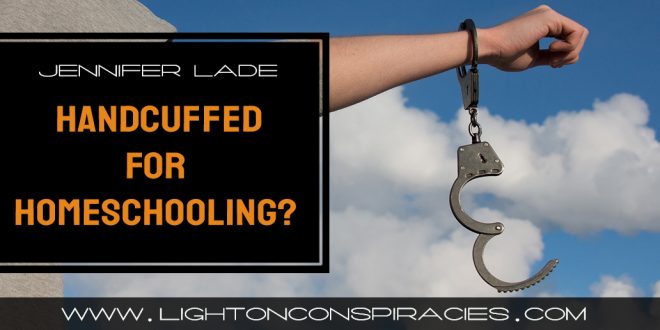 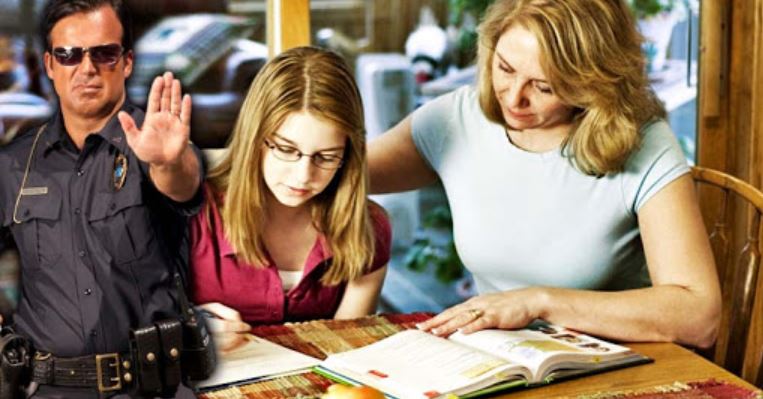 A school system in Massachusetts is proving to be malicious, incompetent, or maybe both.

Of course, we suspected that already. But the latest example comes from a lawsuit from a woman who pulled her 8-year-old son from Worcester Public Schools to homeschool him last January.

Josilyn Goodall is suing the Worcester School Committee, Superintendent Maureen Binienda, and the state Department of Children and Families after police entered her home, handcuffed her, and arrested her over what amounted to a paperwork dispute.

According to the lawsuit, Goodall is seeking unspecified compensatory damages for the violation of her Constitutional rights and for the “mental pain and suffering” inflicted upon her and her son.

The lawsuit details Goodall’s multiple attempts to contact the Superintendent after filing paperwork in January saying she was going to homeschool her son. She said she never got a response to any of her phone calls or emails.

In Massachusetts, parents who wish to homeschool their children must submit an education plan to the superintendent of the local school system for approval. However, according to Care and Protection of Charles (1987), the court case upon which homeschool legal precedent was established, the burden of proof is on the school to show that the homeschool program is insufficient.

The lawsuit further alleges that the Worcester School Committee’s homeschool policy is unlawful, in that it requires students to continue attending public school until the education plan is approved. Charles allows for homeschooling to begin as soon as the plan has been submitted.

To most rational people, Charles makes sense. If parents are to have any right to educate their children at home, they must be able to begin homeschooling before receiving approval from the schools. Otherwise, a school could conveniently hold hostage the education plan and never approve it, essentially forcing the child to stay in the public school.

But instead of following the state law or even their own policy, Worcester school administrators ignored Goodall’s education plan and her attempts to contact them, continued marking her son absent, and never reached out to Goodall to discuss their concerns.

It would be hard to tell if the school was being passive-aggressive or just plain incompetent, unable to send or receive emails and phone calls. Except that they had no problem contacting the Department of Children and Families to report Goodall for “educational neglect.”

DCF officials apparently took the school’s word for it, never asking for attendance records for Goodall’s son before showing up at her door on March 30. In addition, a DCF investigator believed the superintendent’s secretary, who told her there was a new law that required homeschooled students to continue attending school until their education plan was approved.

Then, police escalated the situation, to the surprise of absolutely no one. The lawsuit states that officers pounded on Goodall’s door and threatened to forcibly open it. When Goodall was intimidated into letting them in, an officer laid hands on Goodall, handcuffed her, ordered her into a chair and yelled in her face — while her son watched and cried.

Additional officers arrived and started searching the home, while the DCF investigator questioned the son. Goodall was arrested and brought to the police station and was booked, though no charges were filed. She paid bail and finally made it back home after a 7-hour ordeal.

The legal battle continued with DCF filing a complaint of educational neglect that was eventually dropped by the court. Goodall submitted another education plan to the Superintendent on April 10.

You would think school officials would jump right on it this time around, but they dragged their feet yet again. Goodall left another voicemail and sent an email before finally hearing from the secretary on April 25. Her plan was not officially approved until May 9, after Goodall’s legal counsel wrote a letter essentially asking the Superintendent’s Office to piss or get off the pot.

Goodall’s ordeal is just the most extreme of many examples of harassment and intimidation the Worcester School District is doling out to homeschoolers.

According to the Worcester Telegram, many homeschooling families were waiting on District approval of their education plans months after submitting them. To add to the stress, many were receiving letters that said they could face truancy charges if their children were not in school and they had not received approval.

The hypocrisy of the District is astounding. Rather than sending approval letters—or even rejection letters— in a timely fashion, they sent letters threatening parents, as though it was the parents’ fault that their plan might not be approved “in time.”

While it is bad news that school administrators seem intent on harassing homeschoolers and escalating disputes, there is a silver lining to this whole issue.

We’re not going to take it.

Homeschoolers routinely show up in large numbers to protect their right to homeschool their children. The Homeschool Legal Defense Association hosted an informational forum on Aug. 15 in Worcester to discuss the concerns of local homeschooling families and to clarify the state’s laws.

As a Massachusetts homeschooler myself, I attended the meeting. There were upwards of 100 people in attendance from Worcester and surrounding towns. The group shared advice, made plans to turn out en masse to School Committee meetings, and made sure they were educated on what is and is not legally required in state homeschool law.

Public schools are in the business of teaching conformity and unquestioning obedience of authority. Meanwhile, homeschoolers are by definition educational non-conformists. They also tend to have a healthy skepticism of authority figures and government in general.

They show up to fight stupid policies. They protest. They write letters. They politely decline unlawful demands from school systems.

And since homeschoolers are in the business of educating their children, it seems likely that these ideals will transfer to the next generation.

And that is why I expect an education revolution in my lifetime, one in which consent and freedom dominate children’s learning.

Public schools, with their policies of intimidation and coercion for children and adults alike, have at least one lesson to offer homeschooled kids: everyone deserves better.

You can read more from Jennifer Lade at The Daily Bell.

Previous The Dangers Of Aluminum Adjuvants In Vaccines Discussed With Aluminum Expert Christopher Exley, PhD
Next Who Should Autonomous Vehicles Kill in a Collision?