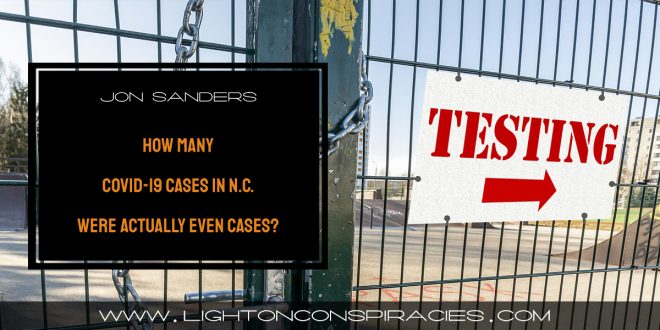 How many COVID-19 cases in N.C. were actually even cases? 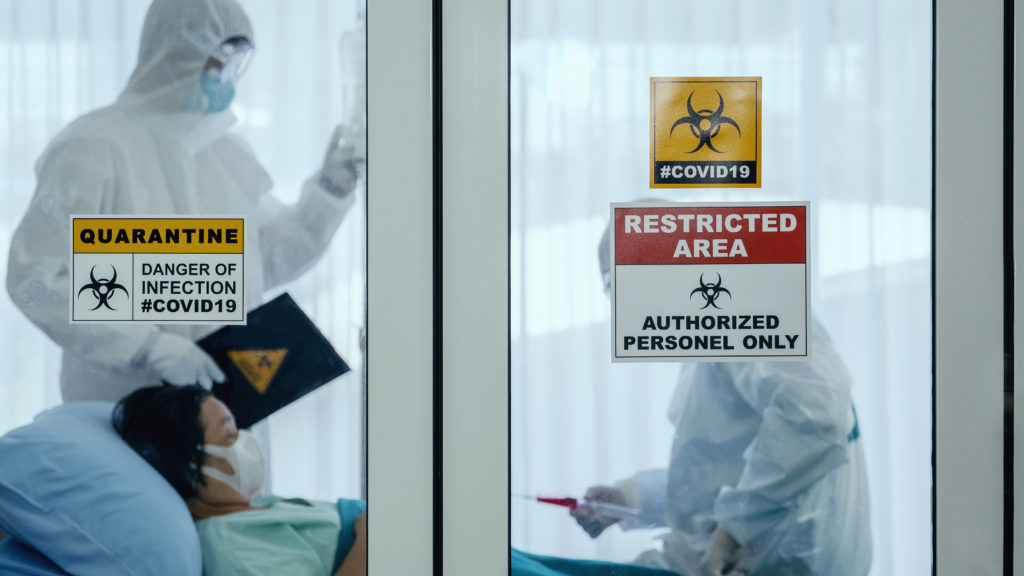 Imagine being quarantined and your family, friends, and coworkers needlessly alerted and scared because you tested positive for a scrap of unviable genetic material. You thought you had a dangerous virus, but you didn’t.

Without a doubt, it’s happened all across North Carolina, except that the victims never find out about that last bit. These are the COVID-19 cases that aren’t cases.

The problem surrounds the molecular tests predominantly used to produce a “laboratory-confirmed case” of COVID-19. The tests, known as polymerase chain reaction (PCR) tests, detect the presence of viral material in a person. The tests essentially give a yes/no answer to the question of whether viral material can be found in a sample.

The tests themselves aren’t the problem. The problem is that most testing services and most states, including North Carolina, made the tests extremely too sensitive. We’re going well beyond scientific consensus, what virologists advise, and what the Centers for Disease Control and Prevention recommend.

The New York Times sounded the alarm on this problem in an Aug. 29 article titled “Your Coronavirus Test Is Positive. Maybe It Shouldn’t Be.” Here is how PCR tests work, as the Times reported:

“The PCR test amplifies genetic matter from the virus in cycles; the fewer cycles required, the greater the amount of virus, or viral load, in the sample. The greater the viral load, the more likely the patient is to be contagious.

“This number of amplification cycles needed to find the virus, called the cycle threshold, is never included in the results sent to doctors and coronavirus patients, although it could tell them how infectious the patients are.”

Basically, in each cycle, any RNA of the virus in the sample is replicated. The next cycle replicates all of the RNA present after the first cycle, and on and on for each successive cycle. It works like doubling your money, and by the time you have doubled it 16 times, you have a lot of money.

If you start the test with a lot of viral material — if you suffer from a real infection — it doesn’t take many cycles to detect it. Your doctor isn’t told how many cycles it took for your test to be positive. But there is a point at which doubling and doubling viral RNA no longer provides much information beyond being able to detect a little viral RNA if we keep cycling long enough.

For that reason, the scientific consensus of more than 100 studies of PCR tests recommend no more than 30 cycles (a “cycle threshold” of 30). Experts contacted by the NYT recommended no more than 30–35. The CDC found a very low probability of finding live virus beyond 33 cycles.

The threshold used by most states and most tests, however, is 37 to 40. That requires doubling virus samples another seven to 10 times beyond the point experts consider the limit for finding living viral material. The NYT’s exposé even specifically mentioned North Carolina:

“North Carolina’s state lab uses the Thermo Fisher coronavirus test, which automatically classifies results based on a cutoff of 37 cycles. A spokeswoman for the lab said testers did not have access to the precise numbers.”

Test results in three states were re-evaluated against the 30-cycle limit. Their findings were jarring:

“In three sets of testing data that include cycle thresholds, compiled by officials in Massachusetts, New York and Nevada, up to 90% of people testing positive carried barely any virus, a review by the Times found.”

False positives are not the only problem with overly sensitive PCR tests, however. Belgium health professionals wrote an open letter to media and authorities on Sept. 5 warning not only that “Any contamination (e.g. other viruses, debris from old virus genomes) can possibly result in false positives,” but also:

The test does not measure how many viruses are present in the sample. A real viral infection means a massive presence of viruses, the so-called virus load. If someone tests positive, this does not mean that that person is actually clinically infected, is ill or is going to become ill.

In a paper published on Sept. 28 by the Oxford University Press for the Infectious Diseases Society of America, researchers found they could culture (i.e., they found viable virus in) only 3% of nearly 4,000 positive samples.

Either way, a false positive for old viral debris or an irrelevant positive for such a tiny amount of viral RNA that it couldn’t constitute an infection, provides needless fear and disruption for people.

Basis for lockdowns and severe restrictions

But the problem doesn’t even stop there. Gov. Roy Cooper uses positive test results (“cases”) to dictate widespread restrictions against people and businesses and even threatens to tighten them at any time. The full scope of the economic, financial, personal, and mental health damages from these unprecedented restrictions is yet to be fully realized.

Top scientists around the world have recently spoken out against lockdowns for those reasons — see the Great Barrington Declaration and the World Health Organization, among others.

Here is what we know:

The question in North Carolina

Given all that, this question is inescapable:

How many of North Carolina’s “positive” cases would have been negative if the state’s cycle threshold was more in line with what experts recommend?

The answer would have to be a fraction of what we’ve been told.

Share
Previous Same Facts, Opposite Conclusions – Propaganda Watch
Next UK To Ban Protests Of Two Or More People Ahead Of National Lockdown 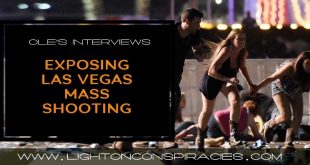