Breaking News
Home / 1. Free Content / If Truth Be Told About Aluminum (Aluminium), A Neurotoxin In Vaccines

If Truth Be Told About Aluminum (Aluminium), A Neurotoxin In Vaccines Aluminium is neurotoxic. Its free ion, Al3+ (aq), is highly biologically reactive and uniquely equipped to do damage to essential cellular (neuronal) biochemistry. This unequivocal fact must be the starting point in examining the risk posed by aluminium as a neurotoxin in humans.  Apr 30, 2014

Nothing explains the aluminum free ion Al3+ more intelligently than the following:

The likely principal antagonist in all such events is Al3+ (aq) and its mechanism of action will involve numbers of different agents or intermediates. For example, we know that aluminium is a potent pro-oxidant, its interaction with the superoxide radical anion establishing, fuelling and sustaining redox cycles. The potency of these effects are all the more significant in that the enhanced formation of reactive oxygen species may be accelerated at sites which are distinct and divorced from locations housing the cell’s anti-oxidant machinery. For example, aluminium sinks such as the extracellular senile plaques of Aβ42 and the intracellular chromatin of neuronal nuclei are both likely targets of aluminium-driven oxidative damage. Aluminium is an excitotoxin and a number of mechanisms have been described, whereby aluminium induces elevated and sustained levels of intracellular Ca2+ with significant implications not only for cellular energy metabolism, but also uncontrolled phosphorylation of biomolecules. The presence of biologically reactive aluminium imposes an immediate energy requirement upon a neuron, whether simply because of the need to produce more Ca2+-buffering proteins or because of the requirement to clean-up the consequences of hyperphosphorylation, for example, through autophagosomal activities. Aluminium is a mutagen and the phosphate-rich environment of the nucleus predisposes it to the accumulation of aluminium and subsequent alterations in the expression of genetic materials. The latter may be subtle but sufficient to bring about significant alterations in neuronal physiology over extended time periods. Aluminium is, of course, a powerful immunogen, being the preferred adjuvant in vaccination and immunotherapy. This activity as an adjuvant, and concomitantly as an antigen, at injection sites in skin or muscle must also be considered for focal accumulations of aluminium within the CNS and such reactivity may underlie aluminium’s suggested roles in autoimmunity. [3–5]

And yet, consensus-vaccinology-science doesn’t get it!  Why?

There has to be another designated reason, plus rationale, for poisoning the CNS (central nervous system) of a human starting in infancy with mandated hyper-containing-aluminum-salts (as adjuvants) in any of 3 formulations, i.e., Aluminum hydroxide, aluminum phosphate, and potassium aluminum sulfate (alum):

Aluminum adjuvants are used in vaccines such as hepatitis A, hepatitis B, diphtheria-tetanus-containing vaccines, Haemophilus influenzae type b, and pneumococcal vaccines, but they are not used in the live, viral vaccines, such as measles, mumps, rubella, varicella and rotavirus.

To check the quantities of aluminum in any vaccine on the CDC/FDA schedule for infants, children and adults, please search each vaccine using the following resource: Vaccine Package Inserts.   Scroll to Section 11 Description, which lists the type of aluminum and the number of micrograms, plus other ingredients.

Treatment of aluminum toxicity includes elimination of aluminum from the diet, TPN, dialysate, medications, antiperspirants, and an attempt at the elimination and chelation of the element from the body’s stores.

Research at Keele University in Staffordshire, UK, has shown for the first time that an individual who was exposed to aluminum at work and died of Alzheimer’s disease had high levels of aluminum in the brain.

Professor Chris Exley, of The Birchall Centre, at Keele University, said: “The results showed unequivocally that the frontal lobe contained an average aluminum content which was at least four times higher than might be expected for an age-matched control brain.

The medication, deferoxamine mesylate, may be given to help eliminate aluminum from your body. This substance works through a procedure known as chelation, which helps the body remove poisonous materials.

Notation should be made, and even emphasized, that the allopathic medical paradigm disapproved of chelation as a “quack-medicine” modality when used by holistic and integrative physicians, and actually prosecuted some physicians for using the modality!  The above indicates just how screwed up allopathic medical science actually is, since allopathy now incorporates what it previously condemned.  Go figure!

Thus, the mechanism of Al toxicity appears to be different in the two cell lines. It is possible that the principal neurotoxic target of the metal is glial and when these cells are in a compromised state, this may secondarily impact the neuronal population and thus eventually lead to neurodegeneration.

The purported ‘science’ behind vaccines must be investigated.

Why?  Most annual flu vaccines are not subject to the testing as other vaccines.  The reason: Because they are formulated from a ‘sophisticated guessing game formula’ based upon what strains appeared prevalent in the previous Australian winter flu season!

However, veterinary medicine has taken a different look at animal vaccines, which is discussed in Vital Vaccination Antibody Titers Versus Vaccination
https://todaysveterinarypractice.com/vital-vaccination-series-antibody-titers-versus-vaccination/

All the above indicates the need for independent – no Big Pharma – involvement in assaying the neurotoxic effects of aluminum in vaccines given to infants as early as 24 hours old, especially in view of the Autism epidemic in the USA, i.e., one in 34 in New Jersey!, and spreading globally.

Congress, why aren’t you performing your Oversight duties?

8 Ways to Protect Yourself from Aluminum Poisoning
https://universityhealthnews.com/daily/nutrition/8-ways-to-protect-yourself-from-aluminum-poisoning/

Much of the daily content we publish is notable to us for various reasons. Having said that, the views and opinions expressed in this content, (articles, videos or any other content), are those of the authors and do not necessarily reflect the opinions of the authors of this site. As always, please do your own research. Please do not believe what you are told. Take what you like, and leave the rest.
Previous Morocco’s Hirak Movement Has Gone Quiet, But The Crackdown On Independent Media Continues
Next In France, Police Violence Escalates To Quell Yellow Vests Protests 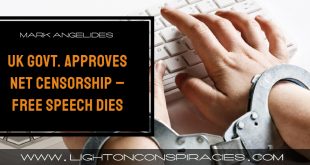 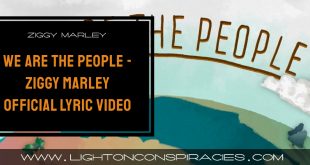 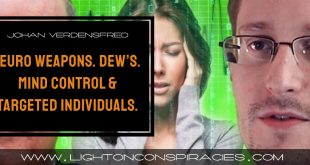