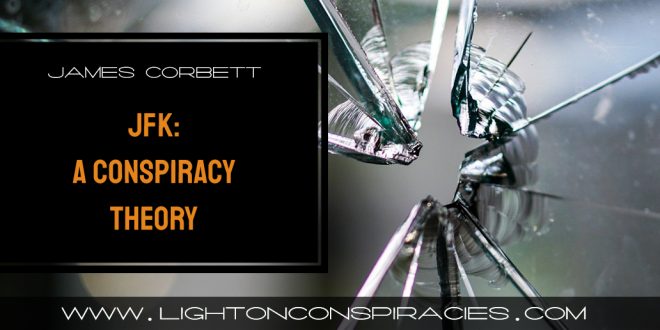 Lee Harvey Oswald was your typical America-hating communist from Louisiana, and like every Russkie-loving pinko from the South he grew up watching American spy dramas, volunteered for a Civilian Air Patrol run by a CIA contract agent and joined the US Marines. Nicknamed Oswaldski for his tendency to speak Russian and spout pro-Soviet propaganda, he was given special training and assigned to one of the most sensitive facilities in the world running the radar for the U2s spying on the Russkies and the ChiComs. After contracting gonorrhea in the line of duty, Oswald was tested for Russian proficiency before being honorably discharged to take care of his mother who wasn’t ill and flew to Europe using money he didn’t have on planes that didn’t exist to arrive at Helsinki, where he stayed at the most luxurious hotel in town before waltzing into the Soviet Union at the height of the Cold War. While there he kept a detailed logof Soviet facilities, made notes about microdots, and carried a CIA standard-issue Minox camera, before getting bored and returning to the United States on a military jet using money loaned to him from the US Embassy.

After waltzing back into the United States after supposedly defecting to the enemy at the height of the Cold War he settled back in New Orleans where he appeared in radio and TV interviews, got into fistfights on the street and handed out leaflets from a pro-Castro Cuban group sharing office space with an ex-FBI agent involved in government-sponsored anti-Castro Cuban groups. Moving to Texas and befriending a millionaire Russian oil man who helped get him a job at the Texas School Book Depository, Oswald made sure to let his murderous intent be known by attempting to assassinate a right-wing general in the area thus potentially jeopardizing any plot to kill the President and sent vanity photos of himself posing with his rifle to his close friends.

Luckily, on the morning of November 22nd, Lee Harvey Oswald went to work in the School Book Depository where the President just happened to be driving by. After somehow getting the secret service to stand down before entering Dealey Plaza, Oswald set up a makeshift sniper’s nest he got off three shots in six seconds leaving four bullets without leaving any nitrate on his cheek (a feat that has never been duplicated), including one bullet that managed to cause seven entry/exit wounds (a feat that has never been duplicated) penetrating 15 inches of tissue, 4 inches of rib and a radius bone to come out in almost perfect condition on a stretcher in the hospital while no one was looking. He then ran downstairs and got himself a Coke from the vending machine within seconds of the assassination before heading home, grabbing his things, walking down the street, shooting a police officer, ducking into a movie theatre and waiting to be arrested. After jumping up and pulling his gun on the police officers who swarmed the theatre, he was led out the front door (or the back) and taken into police custody. There he was not charged with the murder of the president, and, like any America-hating communist grandstander who just killed the President of the United States in a pinko rage, denied he had anything to do with it. Before being transferred to county jail he was shot on live tv by a two-bit union mafia stooge, supposedly torn by grief at the death of the President (whose brother he personally hated), later claiming that it was part of a conspiracy the world will never know.

Luckily, the crusading journalists of the unbiased media told the public the straight truth about what happened.

This is the story of the JFK assassination as brought to you by the truth tellers in governmentand the media and if you have any questions about it you are a woo-woo, grassy-knoll, tin-foil, lizard-fearing America-hater.

If you love Jesus, sunshine, ponies, monster trucks, mini-skirts and the American flag, you will never ask any questions about any part of this story to anyone. Ever.

This message has been brought to you by the CIA, Joint Chiefs of Staff, Warren Commission, and the MSM. Because Ignorance is Strength!

(Visited 1 times, 1 visits today)
Share
Previous Why People Have Always Held Gold
Next Ripple Effect On The Gates Agenda and Why It Matters