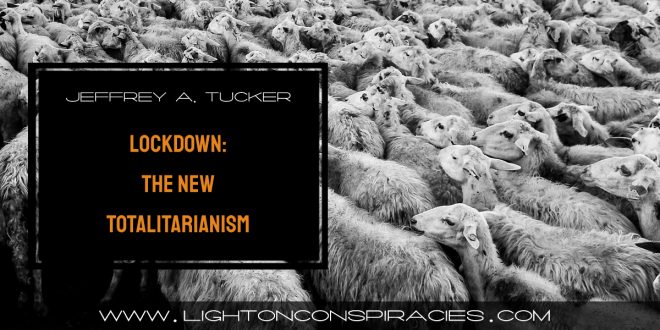 By Jeffrey A. Tucker

Every political ideology has three elements: a vision of hell with an enemy that needs to be crushed, a vision of a more perfect world, and a plan for transitioning from one to the other. The means of transition usually involve the takeover and deployment of society’s most powerful tool: the state. For this reason, ideologies trend totalitarian. They depend fundamentally on overriding people’s preferences and choices and replacing them with scripted and planned belief systems and behaviors.

An obvious case is communism. Capitalism is the enemy, while worker control and the end of private property is the heaven, and the means to achieve the goal is violent expropriation. Socialism is a softer version of the same: in the Fabian tradition, you get there through piecemeal economic planning.

The ideology of racism posits something different. The hell is ethnic integration and race mixing, the heaven is racial homogeneity, and the means of change is the marginalization or killing off of some races. Fascism imagines global trade, individualism, and immigration to be the enemy while a mighty nationalism is heaven: the means of change is a great leader. You can observe the same about certain brands of theocratic religious traditionalism.

Most of the above ideologies are well worn. We have plenty of experience to draw on from history to observe the patterns, recognize the adherents, and refute the theories.

This year has given us a new ideology with totalitarian tendencies. It has a vision of hell, of heaven, and a means of transition. It has a unique language apparatus. It has a mental focus. It has signalling systems to reveal and recruit adherents.

That ideology is called lockdown. We might as well add the ism to the word: lockdownism.

Its vision of hell is a society in which pathogens run freely. Its heaven is a society managed entirely by medical technocrats whose main job is the suppression of all disease. The mental focus is the viruses and other bugs. The anthropology is to regard all human beings as little more than sacks of deadly pathogens. The people susceptible to the ideology are the people with various degrees of mysophobia, once regarded as a mental problem now elevated to the status of social awareness.

This year has been the first test of lockdownism. It included the most intrusive, comprehensive, and near-global controls of human beings and their movements in recorded history. Even in countries where the rule of law and liberties are sources of national pride, people were put under house arrest. Their churches and businesses were closed. The police have been unleashed to enforce it all and arrest open dissent. The devastation compares with wartime except that it was a government-imposed war on people’s right to move and exchange freely. We still cannot travel.

And remarkably, after all of this, what remains missing is the empirical evidence, from anywhere in the world, that this shocking and unprecedented regime had any effect on controlling much less stopping the virus. Even more remarkably, the few places that remained fully open (South Dakota, Sweden, Tanzania, Belarus), points out Will Jones, “lost no more than 0.06% of their population to the virus,” in contrast to high deaths lockdown New York and Britain.

Early on, most people went along, thinking that it was somehow necessary and short term. Two weeks stretched to 30 days which stretched to 7 months, and now we are told there will never be a time when we don’t practice this new public-policy faith. It’s a new totalitarianism. And with all such regimes, there is one set of rules for the rulers and another for the ruled.

The language apparatus is now incredibly familiar: curve flattening, spread slowing, social distancing, targeted layered containment, non-pharmaceutical intervention. The enemy is the virus and anyone who isn’t living their life solely to avoid contamination. Because you can’t see the virus, that usually means generating a paranoia of The Other: someone unlike you has the virus. Anyone could be a super spreader and you can recognize them by their noncompliance.

If Robert Glass or Neil Ferguson deserve to be called the founders of this movement, one of its most famous practitioners is Anthony Fauci of the National Institutes for Health. His vision of the future is positively shocking: it includes restrictions on who you can have in your home, the end of all large events, the end of travel, perhaps an attack on pets, and the effective dismantlement of all cities. Anthony Fauci explains:

“Living in greater harmony with nature will require changes in human behavior as well as other radical changes that may take decades to achieve: rebuilding the infrastructures of human existence, from cities to homes to workplaces, to water and sewer systems, to recreational and gatherings venues. In such a transformation we will need to prioritize changes in those human behaviors that constitute risks for the emergence of infectious diseases. Chief among them are reducing crowding at home, work, and in public places as well as minimizing environmental perturbations such as deforestation, intense urbanization, and intensive animal farming.

Equally important are ending global poverty, improving sanitation and hygiene, and reducing unsafe exposure to animals, so that humans and potential human pathogens have limited opportunities for contact. It is a useful “thought experiment” to note that until recent decades and centuries, many deadly pandemic diseases either did not exist or were not significant problems. Cholera, for example, was not known in the West until the late 1700s and became pandemic only because of human crowding and international travel, which allowed new access of the bacteria in regional Asian ecosystems to the unsanitary water and sewer systems that characterized cities throughout the Western world.

This realization leads us to suspect that some, and probably very many, of the living improvements achieved over recent centuries come at a high cost that we pay in deadly disease emergencies. Since we cannot return to ancient times, can we at least use lessons from those times to bend modernity in a safer direction? These are questions to be answered by all societies and their leaders, philosophers, builders, and thinkers and those involved in appreciating and influencing the environmental determinants of human health.”

Fauci’s entire essay reads like an attempted lockdown manifesto, complete with the fully expected longings for the state of nature and an imagined purification of life. Reading this utopian plan for a society without pathogens helps explain one of the strangest features of lockdownism: its puritanism. Notice that the lockdown particularly attacked anything that resembles fun: Broadway, movies, sports, travel, bowling, bars, restaurants, hotels, gyms, and clubs. Still now there are curfews in place to stop people from staying out too late — with absolutely no medical rationale. Pets are on the list too.

If an activity is fun, it is a target.

There is a moral element here. The thinking is that the more fun people are having, the more choices that are their own, the more disease (sin) spreads. It’s a medicalized version of Savoranola’s religious ideology that led to the Bonfire of the Vanities.

What’s remarkable is that Fauci was ever in a position to influence policy through his closeness to power, and he did in fact have a strong influence over the White House in turning an open policy into a lockdown one. Only once the White House caught on to his real agenda was he removed from the inner circle.

Lockdownism has all the expected elements. It has a maniacal focus on one life concern – the presence of pathogens – to the exclusion of every other concern. The least of the concerns is human liberty. The second least concern is the freedom of association. The third least concern is property rights. All of this must bow to the technocratic discipline of the disease mitigators. Constitutions and limits on government do not matter. And notice too how little medical therapeutics even figure in here. It’s not about making people get better. It’s about controlling the whole of life.

Note too that there is not the slightest concern here for trade-offs or unintended consequences. In the Covid-19 lockdowns, hospitals were emptied out due to restrictions on elective surgeries and diagnostics. That suffering from this disastrous decision will be with us for many years. The same is true of vaccinations for other diseases: they plummeted during the lockdowns. In other words, the lockdowns don’t even achieve good health outcomes; they do the opposite. Early evidence points to soaring drug overdoses, depression, and suicide.

This is sheer fanaticism, a kind of insanity wrought by a wild vision of a one-dimensional world in which the whole of life is organized around disease avoidance. And there is an additional presumption here that our bodies (via the immune system) have not evolved alongside viruses for a million years. No recognition of that reality. Instead the sole goal is to make “social distancing” the national credo. Let us speak more plainly: what this really means is forced human separation. It means the dismantlement of markets, cities, in-person sports events, and the end of your right to move around freely.

All this is envisioned in Fauci’s manifesto. The entire argument rests on a simple error: the belief that more human contact spreads more disease and death. In contrast, Oxford’s eminent epidemiologist Sunetra Gupta argues that globalism and more human contact has boosted immunities and made life vastly safer for everyone.

The lockdowners have had surprising success in convincing people of their wild views. You only need to believe that virus avoidance is the only goal for everyone in society, and then spin out the implications from there. Before you know it, you have joined a new totalitarian cult.

The lockdowns are looking less like a gigantic error and more like the unfolding of a fanatical political ideology and policy experiment that attacks core postulates of civilization at their very root. It’s time we take it seriously and combat it with the same fervor with which a free people resisted all the other evil ideologies that sought to strip humanity of dignity and replace freedom with the terrifying dreams of intellectuals and their government sock puppets.

Share
Previous Brain Damage From Masks CANNOT BE REVERSED
Next ‘Australians must know the truth – this virus is not a pandemic’: Alan Jones 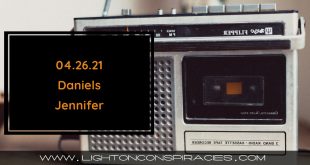 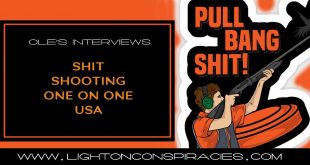