Some people are just waking up to medical destruction, by way of news on the opioid epidemic (my article archive on Opioids is here).

They’re late to the party, but that’s all right. They can catch up.

“They [the drugs] cause an epidemic of about 20 times more [6.6 million per year] hospitalizations, as well as falls, road accidents, and about 80 million [per year] medically minor problems such as pains, discomforts, and dysfunctions that hobble productivity or the ability to care for others.”

“Deaths from overmedication, errors, and self-medication would increase these figures.”

In other words, the 330,000 deaths per year, the 6.6 million hospitalizations per year, and the 80 million “medically minor” problems per year…all of this stems from CORRECTLY PRESCRIBED medicines.

The quotes come from the ASA [American Sociological Association] publication called Footnotes, in its November 2014 issue. The article is “The Epidemic of Sickness and Death from Prescription Drugs.” The author of the article is Donald W Light.

Donald W Light is a professor of medical and economic sociology. He is a founding fellow of the Center for Bioethics at the University of Pennsylvania. In 2013, he was a fellow at the Edmond J. Safra Center for Ethics at Harvard. He is a Lokey Visiting Professor at Stanford University and a Fellow of the Royal Society of Medicine.

It’s been my policy to quote medical analysts who have mainstream credentials, when it comes to adding up the results of medical-drug destruction.

I do this to show that, in refusing to fix the holocaust, the federal government, medical schools, and pharmaceutical companies can’t claim their critics and detractors are “fringe researchers.”

Believe me, the officials who should have been fixing the enormous tragedy for at least the past 15 years are intent on hiding it.

When you stop and think about the meaning of these medical numbers, one of the things you realize is: this massive destruction of life envelops whole countries.

It not only maims and kills, it brings emotional turmoil and loss to the families, friends, co-workers, and colleagues of those who are killed and maimed: the 330,000 who are killed and the 6.6 million who are hospitalized and the 80 million whose productivity is hobbled or whose ability to care for others is significantly diminished.

If you consciously set out to bring a nation to its knees, to kill it, to disable it, to make it unable to function at any reasonable level, you would be hard pressed to find a more effective long-term method than exposing the population to the US/European medical-drug cartel.

Donald Light is the editor of a book that ought to be studied at every college and medical school in the world: The Risks of Prescription Drugs (Columbia University Press). The basic research that led to his conclusions, cited above, come from that book. His website is PharmaMyths.net.

Jon Rappoport is the author of three explosive collections, THE MATRIX REVEALED, EXIT FROM THE MATRIX, and POWER OUTSIDE THE MATRIX, Jon was a candidate for a US Congressional seat in the 29thDistrict of California. He maintains a consulting practice for private clients, the purpose of which is the expansion of personal creative power. Nominated for a Pulitzer Prize, he has worked as an investigative reporter for 30 years, writing articles on politics, medicine, and health for CBS Healthwatch, LA Weekly, Spin Magazine, Stern, and other newspapers and magazines in the US and Europe. Jon has delivered lectures and seminars on global politics, health, logic, and creative power to audiences around the world. You can sign up for his free emails at NoMoreFakeNews.com or OutsideTheRealityMachine.

(To read about Jon’s mega-collection, Exit From The Matrix, click here.)

This article (Medical Destruction: It’s Not Just Opioids) was originally created and published by Jon Rappaport’s Blog and is re-posted here with permission. 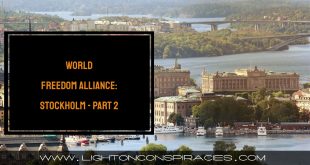 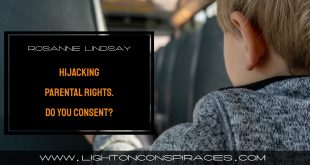 Hijacking Parental Rights. Do You Consent? 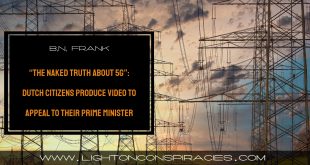 “The Naked Truth About 5G”: Dutch Citizens Produce Video to Appeal to Their Prime Minister