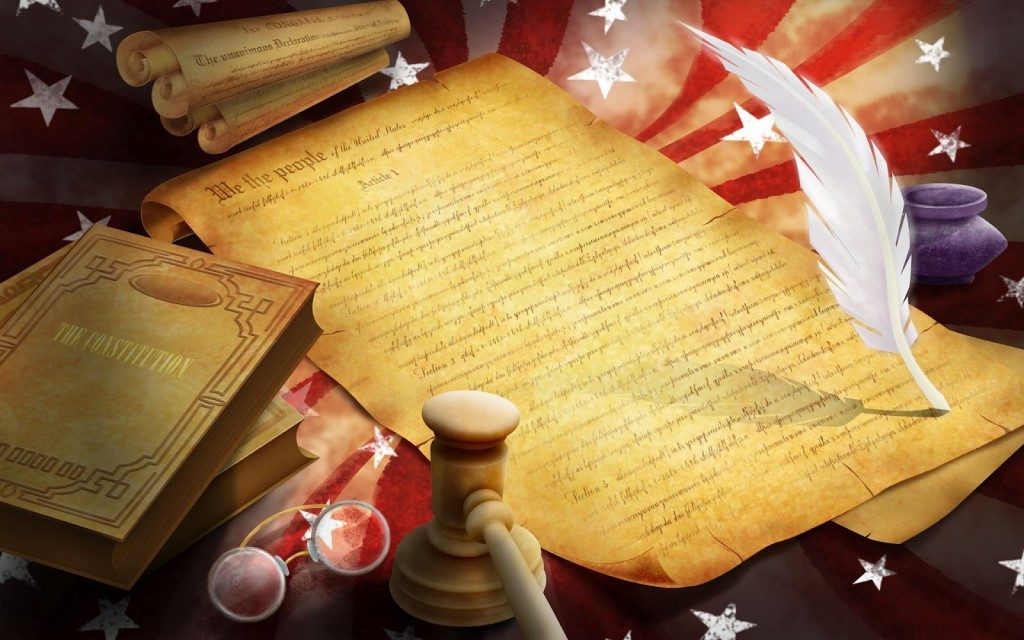 An increasing number of people are becoming exposed to the fact that they reside within a “Constitution-Free Zone,” as it has been dubbed by the ACLU for many years. In fact, it is estimated that 200 million people (2/3 of the populace) are likely to have their 4th Amendment protections completely disregarded by border patrol, as well as to encounter other routine violations unbecoming to a land of the free.

Nearly all of New York state, for example, lies within a 100-mile region that extends inward from all borders of the nation as shown in the image below. 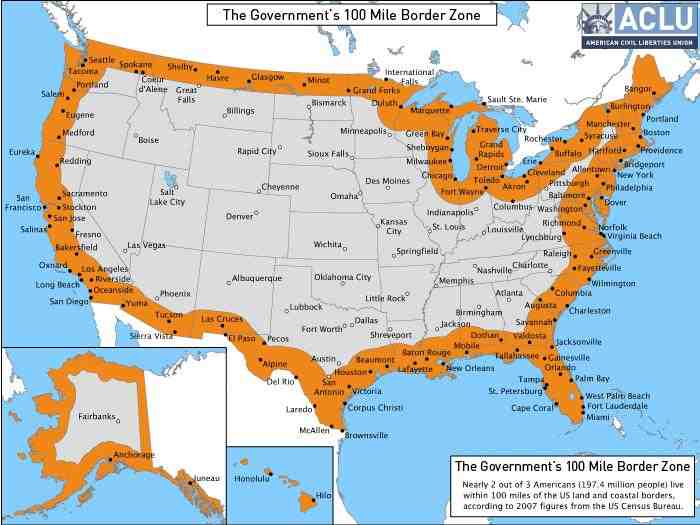 As the video above introduces, the definition of “border patrol” also no longer means dealing strictly with human agents. The deployment of drones, biometrics, DNA collection, electronics searchesand even social media checksare spreading as well.

This reality appears to be dawning on more residents, as “daily citizenship checks” have begun to spread to buses across states like Maine, and now predominately upstate New York, according to a new report from Syracuse.com.Moreover, it appears that many of the people who are being caught in the fishing expedition are demonstrably either long-term residents and/or those who are in the process of becoming legal.

Miguel Robles was on his way to New York City from Cleveland in August last year when the bus he was riding stopped to pick up passengers in Rochester.

Border Patrol agents boarded the bus and asked the five Latino men on it for papers, Robles said through an interpreter. When they asked him for his paperwork, he showed them papers from his Green Card application, which is pending in immigration court in Cleveland, he said.

“They put me in handcuffs,” Robles said. He said agents told him his application to be a legal, permanent resident didn’t matter.

Robles, 36, is married to a U.S. citizen and has 11-year-old twin boys who are also U.S. citizens. He works in construction in Cleveland, he said. He entered the U.S. illegally from the Dominican Republic 12 years ago.

Robles was taken to the federal immigration detention center in Batavia. While there, he said, agents pressured him to sign a voluntary removal order. If Robles had signed, he would give up his right to argue his immigration case and be fast-tracked for deportation.

Robles wound up beingin detention for a montheven as his Green Card application is on file and pending. And, according to immigration attorneys who have been receiving calls from others who were questioned about their documents, the overwhelming majority were already U.S. citizens or international students in the country legally. This is the exact definition of a dragnet fishing expedition.

Anyone with a conscience should ask whether or not this is a just “deterrent” that government has been touting through at least the last couple administrations. One should also rightly wonder what would have happened to Miguel Robles in the story above if had he been on the bus that day with his 11-year-old children after the revelations about child separation and detention taking place.

Note:as this article was being written, it appears that President Trump has signed an Executive Orderthat will keep children from being separated from parents during detention. This deserves further examination, as the language is rather vague when it comes to the details of how exactly this will be ensured.

Here is a chilling scene of what it looks like for anyone trying to get from point A to point B via public transportation in Syracuse:

As the country continues to debate immigration, it would be wise to consider the increasing size of the web that is being built and whether we are willing to continue giving up the protections that should be enshrined to keep the innocent from being ensnared.

For additional information, I have included below and overview by the ACLUof why the expansion of the Constitution-Free Zone is a threat to everyone.

You can find more from Joe Wright at Activist Post, where this article first appeared.

Previous The Mandela Effect at the Movies
Next San Francisco Pride