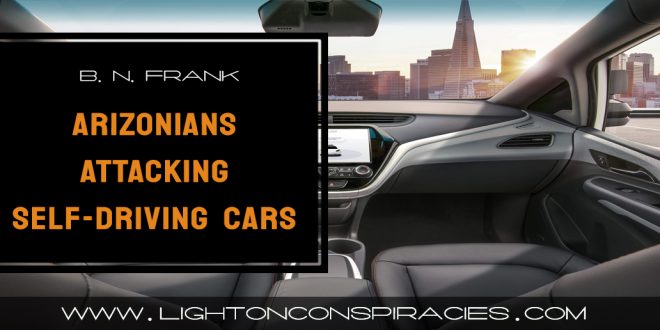 NY Times: Arizonians Are Physically Attacking Self-Driving Cars to Protect Themselves and Loved Ones 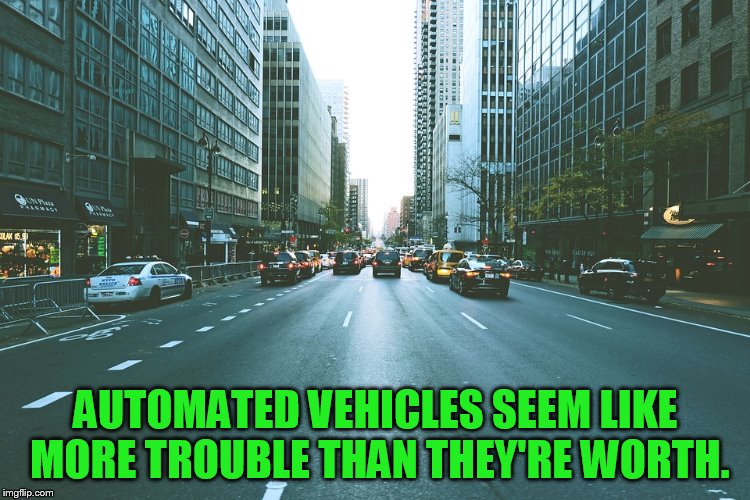 Automated vehicles are being introduced throughout the U.S. despite all their reported issues and accidents (including one fatality).

Insurance experts have also been debating the implications of their existence for years.

Tech moguls are concerned about these vehicles eliminating a large percentage of human jobs.  Of course, they aren’t alone with these concerns.  Because of this, they’ve been endorsing a Universal Basic Income to offset mass rioting and other issues associated with even more Americans becoming poor due to a lack of employment opportunities.

The biological and environmental harm caused by self-driving vehicles is not being addressed nearly as much as these other more obvious issues.  Let’s also not forget that because these vehicles are operated by computers, they can be hacked which means the potential for even MORE accidents.

Will other Americans eventually feel as desperate about self-driving cars?  I guess we’ll find out soon enough.

“People are lashing out justifiably,” said Douglas Rushkoff, a media theorist at City University of New York and author of the book “Throwing Rocks at the Google Bus.” He likened driverless cars to robotic incarnations of scabs — workers who refuse to join strikes or who take the place of those on strike.

“There’s a growing sense that the giant corporations honing driverless technologies do not have our best interests at heart,” Mr. Rushkoff said. “Just think about the humans inside these vehicles, who are essentially training the artificial intelligence that will replace them.”

Previous 10 Quotes from Hermann Hesse’s Siddhartha That Will Truly Inspire You
Next The Privacyless, Freedomless Smart City of 2030 the Elite Are Engineering