OPERATION HOGGWASH: No Death Records for the 17 Parkland Victims

by Dan Cromer
[Editor’s note: We reach a point where the evidence of fraud is so massive that only those who are involved in the scam or incapable of reason remain in a state of denial. As Dan asks in conclusion, Why did Nikolas Cruz confess to the Broward County Sheriff’s? What death records did the Broward County Sheriff’s Office use to charge Nikolas Cruz with 17 counts of premeditated murder and 17 counts of attempted murder? How can so many officials be so committed to deceiving the public and depriving Americans of their rights under the Constitution? When are these staged attacks going to end?]
According to the official narrative, on February 14, 2018, a mass shooting occurred at Marjory Stoneman Douglas High School in Parkland, Florida. Seventeen people were killed and seventeen more were wounded, making it one of the world’s deadliest school massacres. The perpetrator, 19-year-old Nikolas Cruz, was identified by witnesses and arrested shortly afterward. He confessed, according to the Broward County Sheriff’s Office. He was charged with 17 counts of premeditated murder and 17 counts of attempted murder.
We’re creating viewer supported news. Become a member! Click Here!
Curiously, Ancestry.com, the world’s largest online history resource does not show death records for any of the seventeen victims. This database is a compilation of obituaries published in U.S. newspapers, collected from various online sources. For researchers, obituaries are genealogical goldmines, including information such as names, dates, places of birth and death, marriage information, and family relationships. Ancestry’s U.S., Cemetery and Funeral Home Collection (1847-2018) provided the following search results:
1. Alyssa Alhadeff, 14

So, based on these results, one can ask: Why did Nikolas Cruz confess to the Broward County Sheriff’s? What death records did the Broward County Sheriff’s Office use to charge Nikolas Cruz with 17 counts of premeditated murder and 17 counts of attempted murder? Like so many of these “mass shooting events”, we are left with more questions than answers.
​Dan Cromer, an IT expert, was the first to discern that the audio from the Las Vegas concert was too high quality and had been prerecorded with sound effects of machine guns and military weapons, which were being complemented by special visual effects and an audience seeded with crisis actors. His research is based upon pubic records. Please contact the editor regarding any possible discrepancies.

Previous Happiness
Next The Changing Face Of Vaccinology 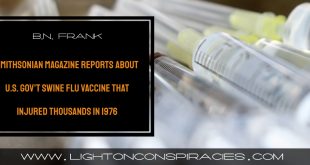 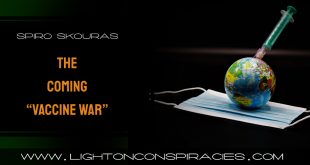 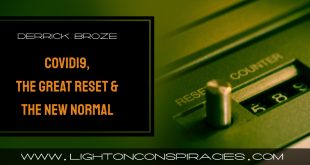