Several police departments around the U.S. have a new weapon in their arsenal: a PepperBall gun that fires marble-sized munitions filled with high-test pepper spray (see video at end of article).

Police are insisting that this is a new less-than-lethal way of dealing with those who are armed with anything less than a gun and refuse to comply with police directives.  St. Paul, Minnesota is the latest police department considering implementation of the weapon, and they have embarked on a pilot program that officials believe will reduce incidents of excessive force.

As a report from Twin Cities Pioneer Press cites:

“We want to give officers as many options as possible to bring a resolution to a call without having to result in deadly force,” said Senior Cmdr. Kurt Hallstrom, who heads the special operations unit. “It’s not the magic tool that’s going to prevent bad things from happening, but it’s a useful tool with a pretty low level of force.”

However, unless St. Paul has more ethical and well-trained police than other departments, the results are likely not to be as non-lethal as one would hope.

As Twin Cities correctly notes, there already have been deaths associated with the use of PepperBall guns where they have been deployed, calling into question at least how they are being touted as non-lethal or the newer term “less than lethal.”

In New Mexico, an 88-year-old man died after deputies fired a PepperBall gun at him dozens of times.

And in Oklahoma, after jailers shot PepperBall at a 40-year-old man, he died of “agitated delirium due to acute methamphetamine intoxication” with “multiple pepper ball injuries” as a contributing factor, according to the Oklahoman newspaper.

Nevertheless, it appears that St. Paul is already predicting success not only in using the PepperBall gun in presumably unavoidable altercations with deranged or violent individuals, but potentially at protests.

Police use of PepperBall during demonstrations also has been the subject of national attention. But St. Paul police said they will not be using it at protests during the pilot project.

“It might be something we consider down the road, but right now it’s not going to be used to do that,” Hallstrom said.

Based on the advisory given to police “to avoid the head, neck, spine and groin,” it seems like an exceedingly bad idea to consider firing this weapon into a crowd.

This pilot program in St. Paul has some residents particularly concerned due to possible improper oversight and/or lack of transparency:

Laura Jones, a St. Paul resident who is a researcher on criminal justice reform policy, questioned why the department is adding PepperBall when people are still seeking information about officers’ use of force.

[…]she’s “concerned that the department and the city are expanding the arsenal of weapons instead of increasing transparency and accountability and reducing the need for use of force.”

As I’ve covered previously, the notion of “non-lethal” weapons is at best a misnomer and at worst is a propaganda ploy to alleviate public concern over the statistics showing police to be exponentially more dangerous to life and limb than any terrorist. Some critics have argued that the less-than-lethal perception even can embolden police to use unnecessary force where, if they had only a gun as an option, might exercise proper restraint.

Moreover, the leading non-lethal weapon — the Taser — has been fraught with misuse, according to extensive data:

As The Verge reported, not only has the Taser been truly lethal, the company (Taser International, Inc.) has had to pay millions in secret ‘suspect injury or death’ settlements.

While the PepperBall might seem like an answer to the above concerns, it is worth noting that this technology is yet another that has a military overlay. Earlier this year in June, Stripes announced the use of the rifle version of the PepperBall in Afghanistan. Although, if one looks at the photo below, it’s clearly being used by someone from a police department.

“Coalition troops in Afghanistan get training on spicy new weapons”

The Army has been looking at ways to outfit troops with nonlethal weapons that give soldiers greater standoff distance when confronted by aggressive noncombatants, such as rioters, while reducing the risk of permanent harm to civilians. Perhaps independent research will be able to confirm if the PepperBall gun will reduce instances of unnecessary injury and death in confrontations with police.  If the evolution of non-lethal weapons continues, we should be receiving plenty of data very soon.

Joe Wright’s articles can be found at ActivistPost.com. This article may be freely republished with author attribution and source link.

Much of the daily content we publish is notable to us for various reasons. Having said that, the views and opinions expressed in this content, (articles, videos or any other content), are those of the authors and do not necessarily reflect the opinions of the authors of this site. As always, please do your own research. Please do not believe what you are told. Take what you like, and leave the rest.
Previous Healing the self, healing the world – Ruminations about humanity and awakening
Next Another Study Confirms Diet Drinks Could Increase Risk for Heart Attack and Stroke Warns American Heart and Stroke Associations 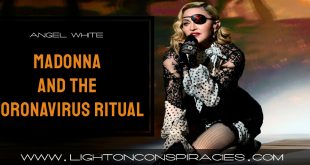