Breaking News
Home / 1. Free Content / Prepping Has Gone Mainstream: Politics, a “Culture of Fear,” or a Return to What’s Been Lost?

Prepping Has Gone Mainstream: Politics, a “Culture of Fear,” or a Return to What’s Been Lost? This article contains excerpts from Issue 28 of our premium monthly newsletter — Counter Markets.

When the reality show Doomsday Preppers aired its Pilot episode in 2011, the critical reviews were mixed at best. But as soon as the ratings started coming in, it became evident that the show had tapped into concerns harbored by a wide swathe of the public, or at least a deep curiosity about what drives certain people to prepare for the worst.

Over the ensuing 4 seasons, “Doomsday Prepper” became a household term. Whether the show had been viewed or not, the phrase was used as much in confirmation of a certain lifestyle, as it was a pejorative toward those gun-toting “worry warts” who overprepared based on end-times proclamations that never seemed to get the timing of their predictions correct.

However, one thing is undeniable: prepping became a much more popular topic thereafter and wound up spiking the market in all types of prep gear, storable food, survival training courses, off-grid living, ammunition sales, and bunker-building of varying degrees.

A trade war can be added to the list, and it’s already having a particularly heavy effect on American farmers and consumers. We also have a looming election, which has been cited as a potential short-term catalyst for renewing interest in prepping, on top of other current political concerns.

In my article for Counter Markets, I addressed some of the research and anecdotal evidence that political ideology might be a factor in getting people started down the path to prepping.  I highlighted a Google Trends chart that can be seen below:

Is that an Obama re-election spike in 2012? And is that a dip following the election of Donald Trump? Retailers in the space believe so.

“The whole industry kind of took a little pause after the election of Trump,” said Brandon J. Garrett, director of marketing at The Ready Store, which sells a wide range of prep products online and via catalog. “I think everyone was kind of waiting to see what kind of leader he was going to be and where he would take the country.”

When Mr. Trump won, “sales started a downward decline,” Mr. Allbee [Emergency Essentials] said. “In short summary, what we understand is when the left is in power, the right panics.”

Although, later inflammatory tweets like this one sent preps back through the roof, according to MarketWatch: “[Kim Jong Un] has managed to spike our business unbelievably,” said Keith Hillen, owner of doomsday equipment store Prep and Save in California. “We’ve had the largest days we’ve ever had. Our business [has seen] between a 200% and 400% increase.” (Source: MarketWatch)

While these spikes might be noteworthy (and newsworthy), the overall trend upward would appear to be far broader in scope than any given knee-jerk reaction.  A recent paper entitled “Obamageddon: Fear, the Far Right, and the Rise of ‘Doomsday’ Prepping in Obama’s America,” written by Dr. Michael Mills at Kent University acknowledges the potential political motivations for prepping but ultimately places much more emphasis on an overall “culture of fear” that he seems to think is unique to Americans. My emphasis added:

Research carried out by Dr Mills, Lecturer in Criminology in the School of Social Policy, Sociology and Social Research, included interviews with preppers based in 18 states to examine their motivations for hoarding items. It found that, though fear of President Obama and his political agenda played a role, those who engaged in the activity were motivated more by the general culture of fear that informs modern mainstream American society. Further, the research argues that a regular flow of recommendations from the US government on how to prepare for potential disasters, including, for example, advice to stockpile water, have, to an extent, helped fuel the growth of ‘prepping’.

[…]modern preppers are responding to a general sense of fear and concern about risks including economic collapse, cyber-attacks, terrorism, pandemics and environmental disasters, causing them to seek self-sufficiency ‘just in case’ the worst should happen. Much of this fear is not derived from extreme ideologies, but nevertheless remains connected to established right-wing politics in America, which views Obama and other Democratic Party leaders exclusively through fear.

He said: ‘Fear is now deeply entrenched in modern American culture and is the principal reason that so many citizens are engaging in ‘prepping’. Many believe that the government’s response in the event of a calamity, whether it’s a natural disaster or an act of terrorism, simply won’t be adequate to meet their needs. Many also believe that, under Democrat leadership, America becomes more vulnerable to terrorist attacks, financial collapse, and international hostility.

This conclusion would seem to me to be nothing more than a matter of perspective. For example, prior to the rise of cable television’s penchant for politicizing each and every news item, as well as the proliferation of Internet media of all stripes, previous generations were arguably more interested in preparation.

I made this note when looking at the ratings numbers for Doomsday Preppers that put the average age of viewers at 44 years old. Anecdotally, I have asked the older folks in my life why their age group is largely unrepresented in the ratings, and they universally responded that they couldn’t understand why Prepping (capital P) was a “thing” at all – in their mind they just called it daily living. This group, born in the wake of WWII rationing, would use terms like “frugal” or “make-do,” and that was about the extent of any acknowledgement toward a certain preparatory mindset. Having actually lived through a type of end-times scenario, it wasn’t about what was looming on the horizon, it was about improvising, adapting and overcoming what had arrived directly on their doorstep.  The same can be said about those who lived during the Cold War where backyard bomb shelters and school drills were an unavoidable reality.

In other words, those who are over the age of 54 probably have been preparing all along as a way of life, rather than recently “becoming Preppers” based on having been swayed by current events and potential imminent political emergencies.

Another aspect that I covered which conflicts slightly with what Dr. Mills has concluded about the uniqueness of American prepping, especially based on fear, is that many other nations have long had official policies to encourage their citizens to adopt a prepper mindset, and not only those with a history of military confrontation like North Korea, or Russia. Switzerland is well known for its culture of gun ownership and self-reliance. Sweden, also considered to be among the world’s most peaceful and stable, issued a booklet last year to every single household that has the ominous title “If Crisis or War Comes,” which was covered by Daisy Luther at The Organic Prepper.

As you can see in this newly released fascinating video, “Sweden’s Crisis Preppers” are part of growing movement across the country that acknowledges the potential fallout from recent geopolitical developments with their neighbors, but you can just as equally hear a call to get back to basics and “return to the old ways.”

Rather than a media- or politically-induced trend, there is a lamentation for lost skills and knowledge that has occurred during the transition to a modern digital age largely dominated by peace. This is mirrored by the actions of the government itself as it has undertaken plans to restore its national pastime of “total defense,” which was a system of countrywide bunkers designed to house all 8 million citizens if necessary.  For some, the memories of the financial crisis of 2008 are also still fresh which serves as another ongoing motivation to build personal food supplies and acquire new skills.

So it appears that whether one’s apocalypse comes from the Bible, or as a metaphor, the instinct for self-preservation and the desire to thrive under all conditions is far older than any Google Trends chart could ever track.  Nevertheless, the latest individual and national trends toward preparedness might be a better signal that the stigma associated with the paranoid government-hating mountain man sitting on a pile of beans and guns is likely going to continue being removed. Perhaps we will return again to a state where preparedness is so entrenched that is not worth theorizing about why it is necessary at all.

Much of the daily content we publish is notable to us for various reasons. Having said that, the views and opinions expressed in this content, (articles, videos or any other content), are those of the authors and do not necessarily reflect the opinions of the authors of this site. As always, please do your own research. Please do not believe what you are told. Take what you like, and leave the rest.
Previous Breaking: Autopsy Results Delayed — Jeffrey Epstein And The Post Truth World
Next Epstein Dead: Following Names Dropped, People Close To Him Fear He Was Murdered; Warned Someone Tried To Kill Him 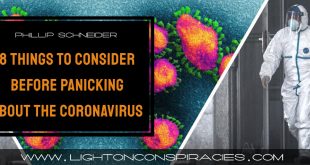 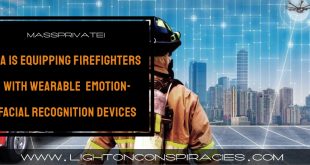