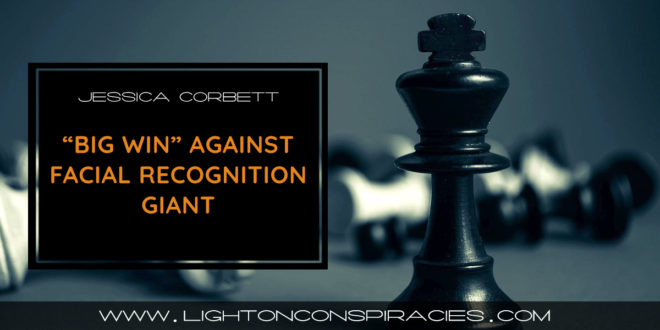 A historic settlement filed in court on Monday highlighted the power of Illinois’ strong privacy law and will result in new nationwide restrictions on a controversial technology company infamous for selling access to the largest known database of facial images.

The deal permanently banning Clearview AI from providing most private entities with free or paid access to its database stems from a lawsuit that the ACLU and partners filed in 2020, arguing that the company violated Illinois’ Biometric Information Privacy Act (BIPA).

“This settlement is a big win for the most vulnerable people in Illinois,” declared Linda Xóchitl Tortolero, president and CEO of the Chicago-based nonprofit Mujeres Latinas en Acción, one of the plaintiffs in the case.

“Much of our work centers on protecting privacy and ensuring the safety of survivors of domestic violence and sexual assault,” she added. “Before this agreement, Clearview ignored the fact that biometric information can be misused to create dangerous situations and threats to their lives. Today that’s no longer the case.”

In addition to permanently banning Clearview from granting private companies and individuals access to the database, the settlement has some state-specific limits. For the next five years, Clearview can’t allow private companies with exceptions under BIPA or state or local government entities in Illinois, including law enforcement, access to the database.

Under the settlement, Clearview will also maintain an opt-out request on its website for Illinoisans, end its free trials for individual police officers, and continue its efforts to remove photographs that were taken in or uploaded from the state.

As The New York Times reported:

In a key exception, Clearview will still be able to provide its database to U.S. banks and financial institutions under a carve-out in the Illinois law. Hoan Ton-That, chief executive of Clearview AI, said the company did “not have plans” to provide the database “to entities besides government agencies at this time.”

The settlement does not mean that Clearview cannot sell any product to corporations. It will still be able to sell its facial recognition algorithm, without the database of 20 billion images, to companies. Its algorithm helps match people’s faces to any database that a customer provides.

“There are a number of other consent-based uses for Clearview’s technology that the company has the ability to market more broadly,” Mr. Ton-That said.

Floyd Abrams, an attorney for Clearview, said the company was “pleased to put this litigation behind it.”

Meanwhile, lawyers representing the plaintiffs and other experts celebrated the settlement as a victory.

J. Eli Wade-Scott of Edelson PC—which recently obtained a $650 million settlement in a BIPA case with Facebook—noted that the case was part of a broader fight.

“There is a battle being fought in courtrooms and statehouses across the country about who is going to control biometrics—Big Tech or the people being tracked by them—and this represents one of the biggest victories for consumers to date,” he said.

Nathan Freed Wessler, a deputy director of the ACLU Speech, Privacy, and Technology Project, said that “by requiring Clearview to comply with Illinois’ pathbreaking biometric privacy law not just in the state, but across the country, this settlement demonstrates that strong privacy laws can provide real protections against abuse.”

“Clearview can no longer treat people’s unique biometric identifiers as an unrestricted source of profit,” he said. “Other companies would be wise to take note, and other states should follow Illinois’ lead in enacting strong biometric privacy laws.”

Rebecca Glenberg, staff attorney for the ACLU of Illinois, echoed that advice for other states.

“Fourteen years ago, the ACLU of Illinois led the effort to enact BIPA—a groundbreaking statute to deal with the growing use of sensitive biometric information without any notice and without meaningful consent,” she said. “BIPA was intended to curb exactly the kind of broad-based surveillance that Clearview’s app enables. Today’s agreement begins to ensure that Clearview complies with the law. This should be a strong signal to other state legislatures to adopt similar statutes.”

The central provision of the settlement restricts the company from selling its faceprint database not just in Illinois, but across the US. Clearview AI has claimed to have captured more than ten billion face prints from people’s online photos across the globe.

Surveillance Technology Oversight Project executive director Albert Fox Cahn told Gizmodo that “this is a milestone for civil rights, and the ACLU deserves our thanks for once again safeguarding our Constitution.”

“Banning Clearview AI in one state is not enough; we need a national ban,” Fox Cahn asserted. “Illinois has long been ahead of the curve in protecting residents from biometric surveillance, but it’s time for the rest of the country to catch up.”

“It’s only a matter of weeks before we start seeing police use technologies like Clearview AI to enforce bans on abortion,” he warned, alluding to a battle that’s been heightened due to a leaked Supreme Court draft opinion that would overturn Roe v. Wade. “We shouldn’t allow this sort of technology to target pregnant people in any state.”