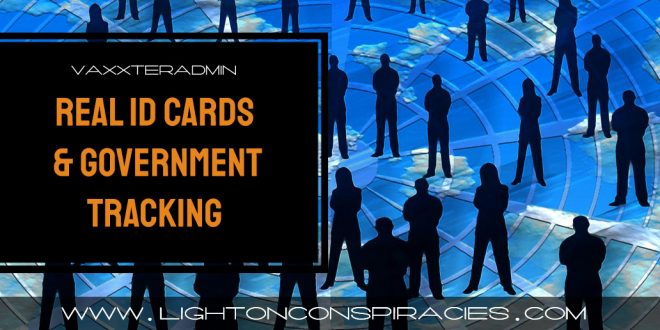 Co-written by Dani Lasher and Sherri Tenpenny, DO

The European Union has launched proposed plans to limit travel of its citizens unless they are vaccinated per the US government schedule. The EU is investigating the feasibility of completing this system by 2022 by working to eliminate vaccine hesitancy.

The European Commission’s plan examines the feasibility of developing a vaccine card to track the vaccination status of continental travelers. It’s unlikely the citizens of the 28 nations that make up the EU are aware of the Commission’s intended strategies. It’s equally unclear whether they would be able to opt-out of the EU tracking system.

A similar, draconian legislation is already in place in Argentina, where citizens are restricted from traveling, driving and access to education if they aren’t up-to-date on vaccines. The same law also requires Argentinians to be vaccinated to apply for a marriage certificate or certificate of residence.

Before being grateful these measures are not in place in America, know that 27 similar bills have been introduced in calendar year 2019 to introduce and enforce vaccine tracking.

Vaccination has been the cornerstone of public health policy since the 1960s. However, it was the Clinton administration that really got registry ball rolling. Just 24 days into his first term, former President Clinton announced his Child Immunization Initiative, a plan to make sure every child was vaccinated by providing funding for state registries. This was in step with The Robert Wood Johnson Foundation’s All Kids Count program, and was the beginning of today’s national vaccine tracking system.

The All Kids Count program was a long-term strategy to ensure vaccine registries were developed, then sustained, nationwide. In 1992, with guidance from the National Vaccine Advisory Committee, the Robert Wood Johnson Foundation (RWJF) gave grants ranging from $300,000 to $700,000 for Phase 1 of the project: the development of 16 vaccine registries based in local, county and state health departments needs. In 1997, RWJF’s Board of Trustees authorized up to $11.25 million for Phase II of the national project, which was completed by June 2000. By that time, all projects had made significant progress, with six registries being fully operational.

Every state currently has a vaccine tracking system for children; some state systems also monitor the vaccination status of adults. The CDC reported that as of 2010, 82% of children under six were in one of several tracking systems, in either the private and public sectors, or both. The majority of Americans are completely unaware that their vaccine records are accessible by schools, insurance companies and, in some states, even by employers.

Here are a few specific examples of what is happening in various states:

Maryland: While tracking systems have long been in place, physician participation has always been optional. Many states are following the example set by the state of Maryland. On October 1, 2019, all physicians who administer vaccines are now required to enter information into the ImmuNet system about every vaccine that given or refused. Patients can opt-out of these virtual tracking catalogs, but will providers tell their patients about the tracking system and offer them a way to opt-out?

Massachusetts: Activists are fighting to halt H1848, a bill that would allow insurance companies to have access to citizens’ vaccination data without patient consent.

Oregon: passed H2220 to allow dentists to administer vaccines and report to its system.

Louisiana passed SB 169. The law allows tracking of adult vaccinations and removes the need for informed consent before vaccinating.

Do you see the trend?

With 50 tracking systems in place, Federal bill HR2826,  introduced in May 2019, would capitalize on the existing framework to build a unified, cohesive national tracking system. Americans would be tracked moving from state-to-state in the same way the EU is proposing to track those passing between the various European countries.

Fortunately, many who do know about these plans are not taking this lying down, and it’s not just the “crazy anti-vaxxers.”

All of America is Not On Board

An article by E. Allison Hagood and Mintzer Herlihy brings to light terminology rarely discussed regarding people who don’t vaccinate.

A recent analysis published in the journal Vaccine claims:

Where Are We Headed

In 2011, the European Commission floated concerns about minors who refused vaccines and suggested vaccination passports for children who traveling across the EU. Their focus moved to adults when the Healthy People 2020 campaign got into full swing.

The next step is to blame outbreaks on under-vaccinated adults, leading to their ultimate solution: cradle-to-grave, mandatory vaccination policies.

How would the US government enforce such? Enter the Real ID.

The Real ID is a federal program that impacts every state and every American. By October 1, 2020, every state is required to be compliant with The REAL ID Act. Passed by Congress in 2005, the REAL ID Act was set in motion by The 9/11 Commission. It is a coordinated effort between the states and the Federal Government to improve the reliability and accuracy of state-issued identification documents.

The ID will soon be required to board a commercial airplane, although in the event you arrive at the airport without valid identification, there may be an alternative. The Real ID will be required to enter certain secured buildings. The locations have not been clearly defined, but the list could be as narrow as Capitol buildings or as widespread as public schools and public gathering places.

Like many programs that start out as well intended, the REAL ID could become an Orwellian tracking system, holding personal information about each person, including vaccination records.

When the Act was listed in the Federal Register on January 28, 2008, 21,000 comments were posted. Among the many comments, this was an overarching concern:

REAL ID could become a requirement for participation in American life, and a REAL ID could be used for purposes beyond the original intention, such as controlling gun ownership or marijuana smoking. It could become a necessity for air travel, opening a bank account, collecting Social Security benefits, or participating in other government benefit programs, such as Medicaid. Other commenters wrote that the ID Card could divide the citizenry into those who have the identification card vs. those who do not, with the later group subject to suspicion.

If you read through these comments and concerns, keep in mind they were written in 2008.

In response to the many concerns, DHS stated:

DHS understands the concerns raised in the comments and it does not intend for the REAL ID document become a de facto national identification card. Whether States choose to require presentation of a REAL ID for State purposes is not within the purview of DHS’s authority under the Act, which applies to documents that Federal agencies can accept for official purposes, and these concerns are “outside of the scope of this rulemaking.”

That said, the REAL ID Act permits facial recognition to be used and allows “future requirements” to be added. This could potentially include anything from DNA data to retinal scans to RFID chips that track our every move. The legislation is vague enough to leave the door open for the United States government to first require you to have a Real ID, and then decide you need a host of vaccinations to obtain or retain it.

Will Americans take a stand and resist the Real ID and vaccine tracking systems? Or will they simply “go along to get along,” like many do when they allow their children to be vaccinated without any research or resistance?

In the face of what seems to be insurmountable attacks on our personal autonomy and medical freedoms, the American people must remember who they are. Personal sovereignty isn’t something granted by the government. It is an unalienable right and can only be removed when it is given up.

What can you do? Join your local vaccine activism group; in Ohio, that would be OhioAMF. Get educated by taking courses at Courses4Mastery.com. Write your legislators. Donate to your favorite activist organizations – they can’t do this work for free. Tell your family and friends what being part of this new tracking system will really mean. Get organized at your local level and take back your power.