A team of researchers from MIT have developed and tested a technology called RF-Pose, which uses artificial intelligence to track and identify the postures and movements of individuals through solid walls.

By analyzing radio signals which are bounced off people’s bodies, the technology can create stick figure interpretations of the subject with an accuracy of about 83%.

The developers say that RF-Pose could be used by healthcare practitioners to monitor diseases such as Multiple Sclerosis, muscular dystrophy, and Parkinson’s. However, the technology has been a call to concern for privacy advocates.

If a normal camera is recording me, it means I am able to see the camera, too. [However,] If the camera can be hidden behind or even inside an object, I would never be able to know when I am being monitored. – Ginés Hidalgo, Research Associate at the Robotics Institute of Carnegie Mellon University

The team claims that this problem is being addressed as they “have developed mechanisms to block the use of the technology, and it anonymizes and encrypts the data.”

Other uses of the technology include search and rescue missions as well as video games, says the developers, who are set to present the technology at the Conference on Computer Vision and Pattern Recognition (CVPR) later this month in Salt Lake City, Utah.

The team is also working on technology to create 3D interpretations which would have even greater accuracy and identify smaller movements, according to a statement released by MIT.

By using this combination of visual data and AI to see through walls, we can enable better scene understanding and smarter environments to live safer, more productive lives. – Mingmin Zhao, Lead Researcher

This type of technology is nothing new, as previous research dating back to 2013 reveals that MIT researchers have been attempting to create “X-ray vision” technology for at least five years. Although touting different benefits such as heat regulation and use on Hollywood sets, the goal of “seeing” through walls remains the same.

Law enforcement came under scrutiny in 2015 for using a similar device to see through walls, effectively bypassing Fourth Amendment protections to privacy.

They clearly are useful for law enforcement. But just because they are useful doesn’t mean they should be unregulated by the law…If police wanted to enter my home to conduct search or make an arrest, it has always been clear they would have to get a warrant from a judge first because the home is the most private place we have. – Nathan Wessler, Staff Attorney at the American Civil Liberties Union (ACLU)

The new device from MIT raises a separate issue as they are not currently attempting to sell the technology to police, but to private companies. However, as we saw in 2015, government always wants to get their hands on the most recent technology.

The Supreme Court issued a major statement on digital privacy in June, ruling that the government is required to obtain a warrant if they want to collect the location data from a customer’s cellphone company, deciding that by allowing a private company access to personal data, an individual is not granting the government a right to view that data without a warrant.

By extension, it would imply that the government could not illegally obtain the information gathered by RF-Pose technology either. But the ruling could be overturned in the future as Justice Ginsburg, who voted 5-4 in favor of consumer privacy, is approaching 85 years of age.

We don’t doubt for a moment that the rise of increasingly sophisticated and invasive search technologies will invite us to venture down this way again — and soon. – Judges Official Statement on Police Radars

This article (Smart Technology That Tracks People Through Walls Raises Privacy Concerns) was originally published by Phillip Schneider and may be re-posted with proper attribution, author credit, and this copyright statement. 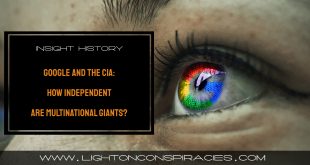 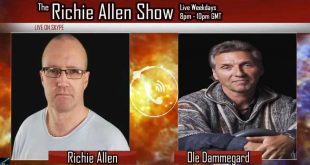 Collect Rainwater and They Will Send in a Swat Team