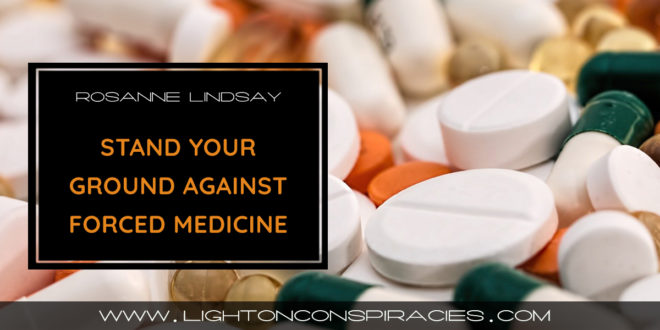 Stand Your Ground Against Forced Medicine During the  nineteenth century, medical treatments, such as the smallpox vaccination, were made compulsory under state laws in the US., and in Europe. In the twentieth century, vaccines for diphtheria, measles, mumps, and rubella were managed by governmental entities and were eventually required for public school attendance. Later, school-located vaccination programs became a vehicle for increasing vaccination rates. Once the World Health Organization (WHO) was developed in 1948, compulsory vaccine campaigns went global.

What is never disclosed?

That nothing is compulsory. Nothing is forced. Everything is an offer for your consent, a contract. Do you consent or not? Do you concede or stand your ground? Do you give up your rights or do you reserve your rights?

If you do not reserve your rights, you become a statistic of history instead of forging new ground. History recycles itself with new terms replacing old ones. History lives in the past. History does not evolve. 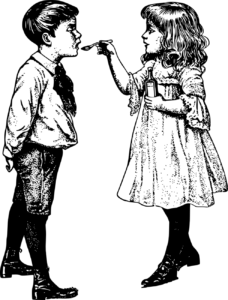 When you open the History Playbook, you see a pattern. When you see a pattern repeat, then it is time to begin to question the rhetoric and think for yourself. The Pandemic Playbook, or Plandemic, played the world population during the 1918 Spanish Flu pandemic. The same mask mandates were offered. The same vaccine mandates were offered. How many consented? For the results, see Recycling the Spanish Flu Pandemic.

For two generations afterwards, things returned to “normal.” The flu resumed its rightful place in history as a mild infection that required rest and fluids. The flu was again recognized as a right of passage for the body to create long-term, natural immunity.

In 2013, the Playbook opened again, to morph the flu bug into a deadly bogeyman that required new responsibilities of every citizen. In England, published reports in the Independent declared that getting vaccinated was a civic duty. A campaign was launched to increase adult vaccination rates against seasonal influenza, pneumococcal diseases, whooping cough, shingles, diphtheria and tetanus. Since 2013, intimidation by world health officials has only grown bolder to offer mandates that are accepted by trusting people everywhere.

In March of 2020, a newly discovered flu, dubbed Coronavirus (one word), was the talk of the town. Soon reports of excess deaths, later retracted, from the rogue virus filled the news cycles. Mask mandates were offered. Vaccines were offered.

With little reflection of how history works, hospital workers in the U.S., who have accepted medical mandates over the last decade, have created a pattern that is fast becoming a prescription for all. Want to keep your job? Get the jab. Want to attend a sports event? A yoga class? You know the drill.

Before 2020, vaccine mandates had been beta-tested from California to New York, in hospitals, and in nursing homes under state statutes and regulations. These test markets were a prelude to The Healthy People 2020 Act, where all adults, everywhere, would be urged to “catch up” on vaccines. However, research always showed that “there is no evidence that they (flu vaccines) affect complications, such as pneumonia, or transmission.”

It is ironic that government agencies which promote specific medical treatments fail to acknowledge published medical journal studies showing that these treatments are not only ineffective, but harmful. Based on injury compensation data, the flu vaccine is dubbed as the most dangerous vaccine. In a world where science is king, those who claim to be in charge seem to ignore their own data. 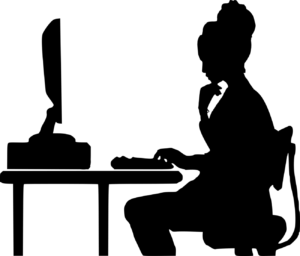 Review of the Data

In response to mandatory flu vaccines for medical staff, a group of medical professionals published an open 2013 letter in the Journal of American Physicians and Surgeons, questioning whether such mandates are medically warranted and ethically correct. They cited that the flu vaccine: 1) is a “statistical gamble” in targeting actual circulating viruses; 2) shows seventy percent of people are already immune at the time of vaccination, according to FDA studies; and 3) shows no evidence that it affects complications of pneumonia or transmission from person to person, as advertised. No answer ever followed.

Do Not Volunteer for “Mandatory” Treatments

Today, official mandates do not require scientific scrutiny. Mandates only require people to give up their power.

When people give up their power of discernment to the authority of governments, they can expect tyranny in the form of unenforceable mandates. This is a perfect time to question authority and falsehoods when the risks are unknown and undisclosed.

There are no mandates in a free society, unless you ALLOW them. In other words, you do not have to volunteer for mandates.

When faced with Totalitarian tactics, do you “take your medicine” or walk the other way? Do you fall in line or undo the conditioning? When you see Panic Propaganda in the news cycle, do you turn off the news? Or do you listen to my podcast on The Playbook of Tyranny and How to Close It?

If you do not protect your rights, be prepared to lose them. If enough people say NO, the tide will shift. Remember, there is always a choice. So choose wisely.

When people realize they are born healers with defense systems called immune systems, there will be no reliance on chemical-laden injections that offer artificial immunity with no guarantees. Even though you will not be told you have a choice, you always retain your rights to choose. You can still choose to protect your innate immunity using organic, nutrient-rich foods, herbal medicines, naturopathy, homeopathy, and many natural modalities.

Remember, colds and flus are part of a natural immune response by your body to strengthen itself. Rest and a return to Nature are the best remedies. Dis-ease need not be feared when it offers the body a chance to remember how to realign itself back to a sense of Ease.

Returning to the time before the Playbook is as simple as remembering who you are and your power to choose. Why fear the body’s natural ability to heal itself when evidence shows there is more to fear from the injectable?

On the verge of more draconian government mandates, the question that you must ask yourself is, Do you want to be a statistic of history and remain stagnant, or do you want to evolve?