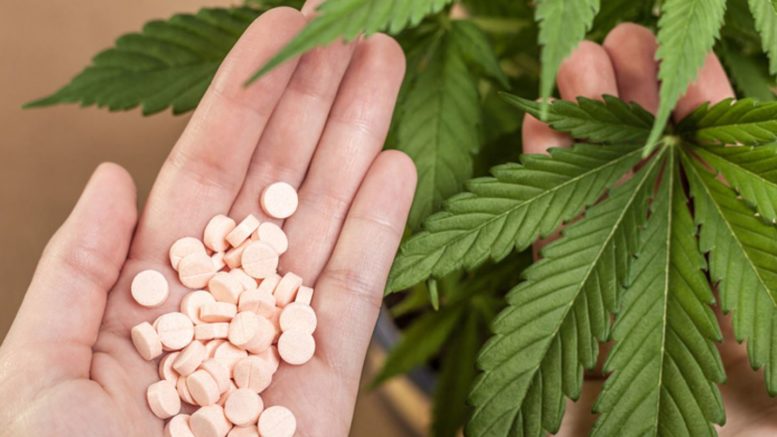 A survey on cannabidiol (CBD) usage found that women are more likely than men to use CBD; and once they start using it they quit traditional forms of big pharma painkillers like Tylenol, ibuprofen, and Vicodin, Forbes reported.

Brightfield Group, a cannabis market research organization, and HelloMD, an online community that brings together doctors and cannabis patients, studied 2,400 of HelloMD’s community of 150,000 members by monitoring their usage of CBD products and their overall effectiveness.

CBD oil is derived as a powerful ingredient reaped from the hemp plant. Many may find it shocking to learn that CBD is similar to a compound that our bodies produce naturally, and from birth, called endocannabinoids. Cannabinoids aren’t just found in the cannabis plant, they’re also naturally occurring in other plants in nature, they are just found at a higher potency in cannabis or hemp.

CBD has shown promise as a treatment for conditions like epilepsy and anxiety in early research. Although more research is needed into CBD oil and its effects, much of the studies have been positive.

The survey taken in 2017 found that an overwhelming amount of CBD users were women 55%, while men preferred tetrahydrocannabinol (THC)-dominant products such as oils derived from marijuana known as “dabs.”

The participants in the study used micro-doses or less than 10 mg of their preferred CBD product for the test. It was stated that vaping was the preferred means of administering their medication, with edibles second.

“We are seeing an exponential rise in the interest of CBD products from our patient community-particularly among women. While we still have much to learn about CBD, we cannot ignore this one fact; the majority of those using CBD product today receive great benefit. This has the potential for far-reaching consequences,” HelloMD Chief Medical Officer Dr. Perry Solomon said.

The most common reasons somebody used CBD were to treat insomnia, depression, anxiety, and joint pain, according to Dr. Perry Solomon, Chief Medical Officer of HelloMD. A shocking 42% of the CBD users said they had stopped using traditional medications like Tylenol pain relievers or prescription drugs like Vicodin and had instead switched to using CBD — whether they used marijuana-derived CBD or hemp-derived CBD.

While a massive 66% of CBD users indicated that CBD products are either “more effective”or “much more effective” in relieving their medical conditions than over-the-counter (OTC) medicines.

More specifically, statistics showed that among marijuana-derived CBD-only & CBD-dominant users the results were 67%, while among hemp-derived CBD users 69% found that CBD helped them more then traditional medicines.

This means that rounding this out, approximately 52% indicated that their CBD products are either “more effective” or “much more effective” in relieving medical conditions than prescription medications.

Further, a massive 80% of those who used both products stated that they found the results to be “very or extremely effective,” while only 3% or less found CBD products to be either ineffectual or only slightly effective.

WHEN ASKED ABOUT MEDICAL RELIEF, MORE THAN FOUR OUT OF FIVE CBD USERS FOUND CANNABIS TO WORK EITHER EXTREMELY EFFECTIVELY OR VERY EFFECTIVELY AGAINST THEIR VARIOUS CONDITIONS. EACH OF THE INDIVIDUAL CATEGORIES UNDER THE CBD UMBRELLA FARED WELL, WITH THE VAST MAJORITY (82-83%) OF USERS EXPERIENCING EFFECTIVE RELIEF WITH THE USE OF HEMP-DERIVED CBD, CBD-DOMINANT AND MARIJUANA-DERIVED CBD-ONLY PRODUCTS TO HELP TREAT THEIR CONDITIONS.

A whopping 90% reported they were likely to buy plant-derived CBD products again in the future, while many reported using a variety of CBD products rather than just one.

There are an exceeding number of at least 850 brands of marijuana-derived CBD products on the market and 150 hemp-derived solutions according to the study. It’s worth noting for the reader that marijuana and hemp are the two variations of the cannabis plant. While this can get confusing, hemp CBD oil is mostly legal thanks to a bill signed recently by President Donald Trump and marijuana CBD-derived oils are still illegal.

Meanwhile, states and the FDA are both getting involved in policing the new industry, with many calling CBD oil from hemp illegal despite the lack of psychoactive effects.

To reiterate, one makes you feel good without the psychoactive effects while retaining medical properties (the hemp) and the other gets you high, (marijuana-derived CBD.)

“40 percent of hemp-derived CBD users with a medical condition find their cannabis products to be extremely effective at relieving their symptoms—compared to 37 percent of marijuana-derived CBD-only users and 41 percent of whole plant CBD users,” the Brightfield Group states.

In another study, researchers determined that there is “anti-relapse” potential of transdermal CBD. In the investigation, the researchers administered transdermal CBD to animal subjects that had a history of self-administering cocaine or alcohol and exhibited characteristics of an addict such as dependency, and anxiety.

After administering CBD once every 24 hours for just seven days, the scientists made a startling discovery.

Based on the final test results, they concluded that only 7 days of CBD treatment not only prevented the development of previously displayed “addict” characteristics, it also deterred the subject’s from relapsing for 5 whole months — despite that the CBD was cleared from the system in 3 days.

Although the study by Brightfield Group and HelloMD may be seen as biased since its aimed at cannabis enthusiasts who are part of a community, numerous studies have so far found a stunning 50 different use cases for CBD that help to treat various health conditions.

These studies show that Big Pharma has a run for its money when it comes to a natural plant — hemp — and as Salon wrote, medical marijuana could cost the prescription drug industry to lose billions of dollars.

Perhaps the results of these studies will lessen skepticism over the effectiveness of hemp-derived CBD when it comes to the benefits on one’s own health.

Much of the daily content we publish is notable to us for various reasons. Having said that, the views and opinions expressed in this content, (articles, videos or any other content), are those of the authors and do not necessarily reflect the opinions of the authors of this site. As always, please do your own research. Please do not believe what you are told. Take what you like, and leave the rest.
Previous NC Based Airline Implicated In Shipping Arms To “Rebels” In Venezuela
Next The history of the pharma cartel