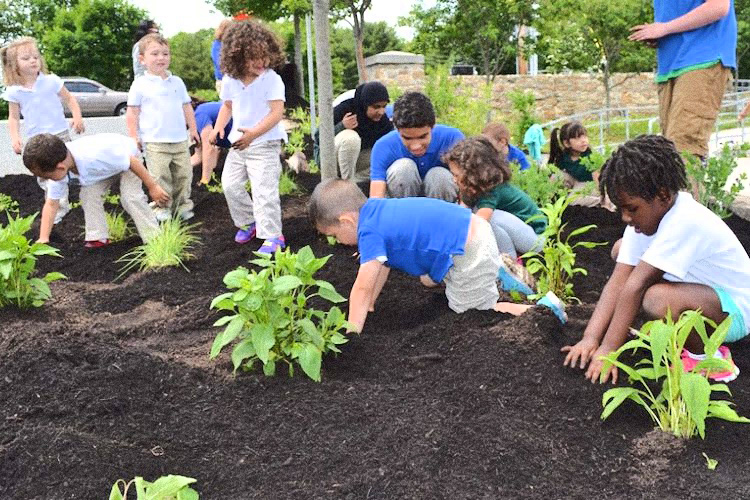 It’s no secret that kids in America don’t eat as many vegetables as they should. As non-processed fruit and vegetable intake have been linked to a lower risk of heart disease, stroke, obesity, and hypertension in adulthood, the importance of childhood vegetable consumption is becoming increasingly relevant.

According to the CDC’s 2nd Nutritional Report, some of the most common nutrient deficiencies in America could be alleviated with a greater intake of vegetables such as spinach, broccoli, and mushrooms.

In fact, 93% of kids aged 1-18 did not meet the U.S. Department of Agriculture Food Patterns vegetable intake recommendations from 2007-2010, according to a 2014 study by the CDC titled Vital Signs: Fruit and Vegetable Intake Among Children.

Fortunately, researchers from Arkansas, Iowa, New York, and Washington State have analyzed vegetable intake among low-income elementary school children may have a solution.

The study, published in the Journal of Preventative Medicine, shows that children who attend elementary schools with school gardens also have a greater availability of vegetables at home. This effect is strongest among low-income kids in second or third grade, while fourth, fifth, and sixth graders benefit less.

These school garden programs, also called garden interventions, include raised-bed gardening kits and age-appropriate lessons to accompany them. After receiving data from questionnaires given over a period of three years, the researchers concluded that school gardens do in fact increase the availability of fruits and vegetables at home.

Although the exact reason that school gardens have this effect is unclear, previous studies have shown that the availability of vegetables at home does have an effect on vegetable consumption among school-age children.

A CDC study from 2012 analyzed the fruit, vegetable, and dairy consumption of schoolchildren in Northern Serbia and compared various predictors such as parental reinforcement and availability.

Through researching the patterns of vegetable consumption for 212 children in Serbia, the study authors concluded that “vegetable intake was positively related to paternal modeling behavior and availability of vegetables at home.”

Starting in the 1990’s with Alice Water’s Edible Schoolyard Project, proponents of school gardens have advocated for better availability of healthy vegetables for lower-income and minority students, as well as a more well-rounded and human education, rather than strictly as intellectuals.

“You can’t expect a whole person if you don’t educate the whole child, we don’t strictly learn within four square walls.” – Mud Baron, gardening guru for LAUSD and caretaker of the North Hollywood High School farm

Some teachers are incorporating other subjects such as geography into the courses by shaping the raised beds like continents and teaching their history.

This new research is likely encouraging for school gardening advocates as well as proponents of healthy eating and self-sufficiency among today’s youth. In the years to come, we may begin to see the full benefit that gardening can give to America’s youth.

Phillip Schneider is a student and a staff writer for Waking Times.

This article (Study Shows School Gardens Help to Prevent Nutritional Deficiencies in Children) was originally created and published by Waking Times and is published here under a Creative Commons license with attribution to Phillip Schneider and WakingTimes.com. It may be re-posted freely with proper attribution, author bio, and this copyright statement.