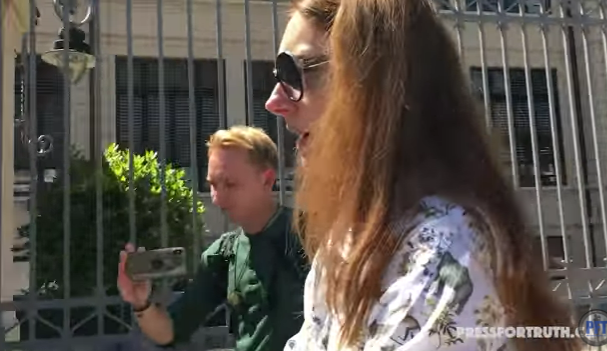 The 66th annual Bilderberg meeting is underway in Turin Italy and this year there is no shortage of innovators in the filed of technology. One of the most notable tech gurus to attend this year is Danica Kragic from the Royal Institute of Technology, Stockholm, Sweden. She was named Fellow of the Institute of Electrical and Electronics Engineers in 2016 for contributions to vision-based systems and robotic object manipulation. In this video Dan Dicks of Press For Truth confronts Danica Kragic on the secretive nature of the meeting she is attending while schooling her at the same time about how compartmentalization works and how her very own thoughts ideas and opinions can and may be influenced by the Bilderberg group.