By Markab Algedi via The Mind Unleashed

The number one enemy of the US/NATO side of world power is Iran. Libya was first, now they want Syria, but the real target has always been Iran: why?

The answer to this question may be in part found in ancient history. Ever heard the expression “all roads lead to Rome?”

That means that the Western power cliques find root in Ancient Rome, whether it’s simple reverence for their ways, like the way the White House was situated on “Capitol Hill,” named after the Roman Capitoline Hill, or if the root is more literal.

England was once territory of the Romans, as was most of Western Europe. The Roman Empire once extended all the way to Syria, and that region of the world has always been the battleground between different Persian and Roman Empires.

Persia is Iran, and the on and off but quite consistent conflict between the Persian Empires and Roman Empires constitutes the longest war in the history of humanity.

The European royal families are father to son, direct descendants of the rulers of Europe hundreds of years ago today: it’s safe to say that kind of power tends to persist and be passed down through the generations.

Understanding that power is passed down, and it’s the historical norm for rivalries to last centuries, why wouldn’t it make sense to think that the modern day US/NATO conflict with Iran could find root in the conflict between Rome and Persia?

There may be reasons that the NATO side wants to control Iran so badly, that we don’t understand, that have roots in antiquity. Could there be ancient reasons why they want Syria, Iran, and modern day Persia?

Perhaps a bit of the historical details will trigger some imaginative theories.

The Roman-Persian wars lasted for 694 years, between the years of 66 BC and 628 AD. This is the longest conflict in human history. The conflict had been over for about 1,200 years prior to the modern day conflict between the West and Iran, but geographically, this region has been a crossroads forever.

Afghanistan, and Persia by extension, has historically been referred to as the “place empires go to die,” or the “graveyard of empires.” Nobody could colonize or conquer Persia during the reign of colonialism, when India, Australia, and other territories were ruthlessly conquered by the British, and the Americas were conquered by the Spanish.

It is the land where empires go to die because the mountainous terrain of Afghanistan and Pakistan shielded the Iranian, Persian homeland from attack.

Syria however, and the surrounding area, unfortunately does not have as great a defense against attack: and that brings us to where we are today. The Syrian conflict is no “civil” war.

States from the Greco-Roman world continuously engaged in conflict with two successive Iranian or Persian empires, the Parthian and the Sasanian empires.

It was the closest thing to constant world war that the world had really seen until the 20thCentury. Several vassal kingdoms provided the role of buffer states, and several nomadic nations that were allied played roles.

The beginning of Islam, with the Prophet Muhammad rising up out of the Arabian Peninsula to begin the Arab Muslim Conquests, was the fall of the Sasanian Empire and thus the near 700 war.

Then, the Muslims held down the territory of Persia against any intruder for the entire duration of the Colonialism Era.

Iran wanted peace in the very beginning ironically, but under Lucius, the Romans attacked the Persians over 2,000 years ago.

To read more about this, click this link for a starting point. The details get a little dry, but if you like to read about this type of thing, it could be very entertaining and informative.

So again: is the modern day rivalry between the NATO side and Iran based on something more than we know?

Royal families carry secrets, as do the fraternal orders and secret societies they participate in. I’m sure it’s the same way on the Iranian side of things, but perhaps not the same morally. 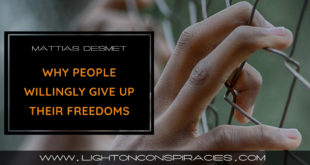 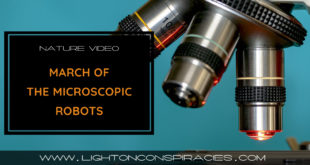 March of the microscopic robots