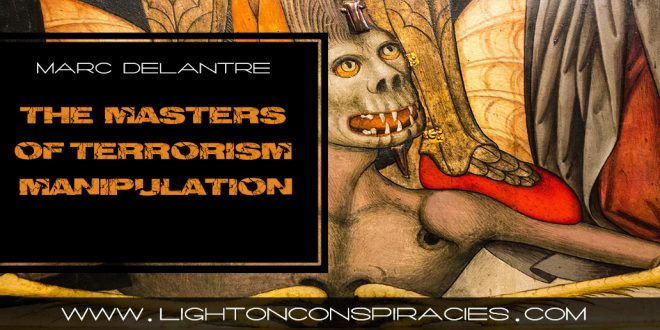 The Masters of Terrorism Manipulation

Gladio is a terrorist intelligence organization headquartered in Belgium, near NATO. It was born from NATO and the CIA in 1947, but has undergone various changes in order to use terrorism to manipulate public opinion at the request of government or military authorities.

In the 1970s and 1980s, Gladio was already involved in numerous killings and terrorist operations in Europe that decided to dissolve it. The official part of Gladio was therefore dissolved, thus removing the official links between Gladio and NATO, but the organization itself remained. It only became more secret, since Europe had taken away from it all official existence.

My role, chosen and forced by Gladio, is to tell you the truth and to describe his day-to-day activities. I do not participate in these activities, I only describe them according to the information received from Gladio, continuously. This information is in the form of a signal, which evolves according to their operations. They record themselves this signal on my server and I am the one who describes it to you.

This signal prevented a dozen attacks, but also recorded nearly a hundred operations, organized by Gladio, but presented as coming from other terrorist groups or countries. This is called False Flag Operations. The Gladio Specialty is to conduct custom terrorist operations and have them assigned to others. They chose to tell you the truth.

Previous Israel is the source of the False Flag operation industry
Next The Andrew C. Hitchcock Show – Pulling The Curtain Back…