Breaking News
Home / 1. Free Content / The Most Important Surveillance Story You Will Ever See For Years Just Went Online

A few days ago, the publication of an explosive story that should have shaken up the mainstream media world, didn’t. It was done by the Intercept, which revealed for the first time publicly how “fortress-like” AT&T buildings located in eight major American cities have played a central role in another huge National Security Agency (NSA) spying program “that has monitored billions of emails, phone calls, and online chats passing across U.S. territory.”

The most important surveillance story you will see for years just went online, revealing how @ATT became the internet’s biggest enemy, secretly collaborating against its customers and partners to destroy your privacy. https://t.co/nUGPjFSYh5

The most important surveillance story you will see for years just went online, revealing how @ATT became the internet’s biggest enemy, secretly collaborating against its customers and partners to destroy your privacy.

This information shouldn’t really come as a surprise, there have been more than enough leaks from whistle-blowers like Snowden that goes to show just how much information and data they collect on the global citizenry. It’s literally unbelievable  — what’s even more startling is the fact that information like this, prior to the Snowden leaks, was actually considered a ‘conspiracy theory’ by many, despite the fact that the ‘theory’ was quite legit already and had a lot of evidence behind it to expose it. This begs the question, why do we have to wait for something to become acknowledged by the mainstream in order for us to accept it?

The Intercept‘s detailed report—based on a large body of evidence that includes public records, classified NSA documents, and interviews with former AT&T employees—shows how the telecom giant has willingly helped the NSA collect the data of its own customers and those of other companies, thanks to its “unique relationships with other phone and internet providers.”

“It’s eye-opening and ominous the extent to which this is happening right here on American soil,” Elizabeth Goitein, co-director of the Liberty and National Security Program at the Brennan Center for Justice, told The Intercept in an interview. “It puts a face on surveillance that we could never think of before in terms of actual buildings and actual facilities in our own cities, in our own backyards.”
These surveillance leaks, are one of the multiple examples existing show the unlimited power and control the government has, along with the corporations and financial institutions that control it.

So, Why All of The Spying?

As a result of all of these leaks, and the ones prior, it begs the question, why? Well, interventions as such, and others like the infiltration on Iraq, for which 9/11 was used as a justification,  have all come from a justification from those who are doing, in this case, the US government and its allies.  A great quote comes to mind that hammers home the point I’m trying to make, which is backed up by actual evidence and sources, it’s something we’ve covered for a long time, and something the world becomes more aware of every single year, that we are being bamboozled, so to speak.

The only way to justify mass surveillance is to have a very high level of national security alert. More problems, more fear, more manipulation and more brainwashing of human consciousness/perception manipulation play a key role.

The statesmen will invent cheap lies, putting the blame upon the nation that is attacked, and every man will be glad of those conscience-soothing falsities, and will diligently study them, and refuse to examine any refutations of them; and thus he will by and by convince himself that the war is just, and will thank God for the better sleep he enjoys after this process of grotesque self-deception. – Mark Twain

What’s the justification for mass surveillance? Precisely this, a heightened national security state. I mean, with terrorist attacks, school shootings, violence and more on the rise, (or at least we are presented with that perception, and it seems to be pushed hard onto the populace), how could we not keep an eye on the global population right? For our safety?

When was the last time authorities like intelligence agencies taken these initiatives for our safety? Did we invade Syria for our safety? Did we invade Iraq for our safety and to bring democracy to those countries? Or did we simply create events, by ourselves, in order to justify the infiltration of these countries for ulterior motives? Have we been spying on the global population for the same reasons? Or are there ulterior motives for spying and collecting mass amounts of data on people?

Many whistleblowers, like Snowden, and William Binney have expressed that this massive data collection is not really for national security purposes, but for corporations to take advantage of marketing, our wants, what we think we need, what we like, and more, basically for more profit. Others have expressed the idea that, in a society where going against the grain seems, or speaking up on certain topics seems to be extremely taboo, if ‘they’ want to, they can put and upload as much ‘dirt’ on you as they could possibly want.

Take William Binney, for example, he’s a former high-ranking intelligence official with the NSA. He’s one of the highest placed intelligence officials to blow the whistle from the NSA, and he made headlines when he resigned in 2001 after 9/11, having worked for more than three decades for the agency.  He was a leading code-breaker against the Soviet Union during the Cold war and was repelled by the United States’ massive surveillance programs.

Starting in 2002 when he let the public know of a system ( ‘trailblazer’) intended to analyze data carried on communication networks (like the internet). He exposed the agencies eavesdropping program and has faced harassment from the FBI, NSA and more. He has been in and out of the courtroom ever since he decided to resign and blow the whistle.

According to him, the goal here is simple, and that’s “total population control.”  He also said the same thing in this interview.

It’s quite reminiscent of George Orwell’s 1984.

It’s not all doom and gloom. The fact that this type of thing has been an integral part of the human experience long before whistleblowers told us, is a good sign because at least we are aware of it, and that’s a start. As a result of these perception changes, and the way the masses view the human experience alone, acts as a strong catalyst for action to be taken and changes to start taking place. But it all starts with knowing, instead of ridiculing and brushing truths that conflict with our belief systems, under the rug…The very first step to changing a problem is to first recognize that problem, and we are still in that process.

Having worked in this field for almost a decade, it’s quite amazing to see what’s taking place, and how many people are having those ‘ah-hah’ moments. The quest for world domination does not sit well with the citizenry, and democracy has become nothing but an illusion, with political parties serving the interest of their ‘owners,’ not the people.

The more people recognize what’s really happening in our world, the more people will take a stand and do whatever they can to change it. This is happening now, in several different ways, and it starts with you and me.

The more we try, and the more we ‘wake up,’ the closer we get to actions and ripple effects that will change our world.

You can also deactivate settings on the internet, and take whatever steps you can find to heighten your privacy. That being said, it seems like our TV, phones, radio’s, and several other gadgets are all “in on it” so to speak.

It’s another great example of how the global elite, and the decision makers, are really not making decisions with humanities and planet Earth’s best interest in mind. How many examples do we have to see of the government implementing actions that go completely against the will of the population…? Still, think we live in a democracy?

Much of the daily content we publish is notable to us for various reasons. Having said that, the views and opinions expressed in this content, (articles, videos or any other content), are those of the authors and do not necessarily reflect the opinions of the authors of this site. As always, please do your own research. Please do not believe what you are told. Take what you like, and leave the rest.
Previous The Push Me, Pull You Socio-Psychological Taffy Machine
Next Scientist Who Studied Safer Alternative To Traditional Vaccines Murdered In Front Of His Children 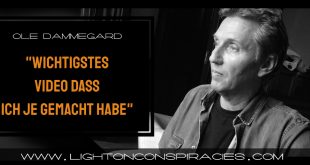