The Paradox of Freedom and Justice 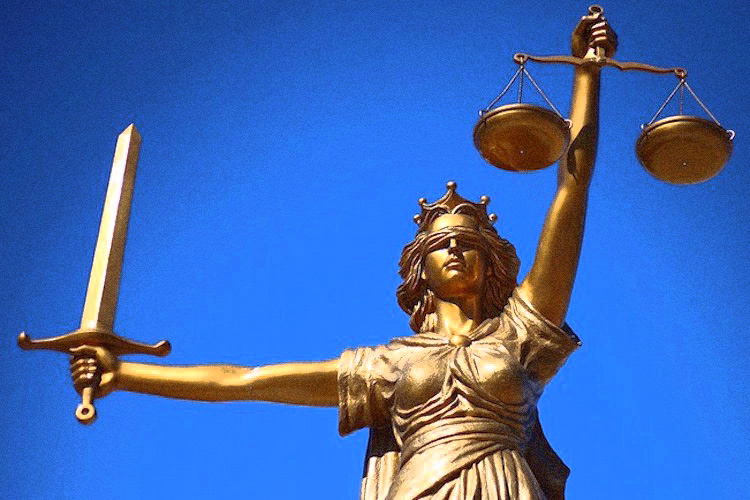 “Absolute freedom mocks justice. Absolute justice denies freedom. To be fruitful, the two ideas must find their limits in each other.” ~Albert Camus, The Rebel

Standing on the shoulder of the philosophical giant Albert Camus in order to see further is no easy task. But we’re going to attempt it anyway through use of metaphor, analogy and a story.

Imagine you and your partner are on a deserted island. You’ve not only been surviving but thriving. You are happy and healthy. Life is good. Then one day two more partners arrive. You figure: people are free. Nobody owns the island (the tragedy of the commons is for another article). I have no reason to hinder these people from traveling where they wish as long as they don’t try to hinder me or my partner. So, you cooperate. You get to know each other. Your group of four members gets along well and things actually get easier. You’re thriving even more than you were before. Life is good.

A week later two more people arrive. Then two more the week after that. Before you know it, you have a small tribe of 24 people who all get along with only the occasional bickering and misunderstanding. You are a thriving community. Life is good.

Then one day two new people show up on the island brandishing weapons and declaring the island their own. They try to use fear and the threat of violence to gain control of the tribe. And they declare from that point on that if anybody else shows up they will be killed on sight out of fear that they would destroy the tribe or the island. They also demand that each partnership gives them ten percent of their wealth in return for their “leadership” and for keeping the island safe.

Here is the critical crux, the precarious crossroads, where an important decision must be made. What do you do? Do you give in, thinking: Everyone is free to do what they want, including these two men. They are free to use violence to force the tribe under their control. Might makes right, and they have all the might. Who am I to question their authority?

Or, do you resist, thinking: everyone is free to do what they want up until the point that they become violent towards others. Otherwise, there is no justice. I must not only question their authority but defend what I love against it.

“When there is only a choice between cowardice and violence, I would advise violence.” ~Gandhi

Luckily, you have training. You were a Navy SEAL before your travels. So, you are able to defend the island tribe against the would-be violent extremists. You’re forced to use violence, sure, but only in self-defense and in defense of the health of the tribe. And you only use the proper amount of violence for the occasion.

You are able to subdue the violent extremists without having to kill either of them. But you know that, had the circumstance been kill or be killed, or kill or allow the tribe to be ruled by violent extremists, you would have had to kill them. You are peaceful up until the point that you are forced into having no other choice to defend what you love with violence. Their freedom to brandish their weapons ended when they used those weapons in an attempt to hinder your freedom. Thus, allowing them absolute freedom to be violent would have made a mockery of justice.

So. You give them a choice. Either they leave on their own account or they remain and choose to be non-violent against the otherwise peaceful tribe. Any further acts of violence will either result in death or imprisonment. Your courage-based lifestyle prevents you from worrying if they will come back with an armada or not. You refuse to live a fear-based lifestyle. The world is a dangerous place. So be it. You take danger as it comes. Your conscience is clear as long as you don’t harm anyone (outside of self-defense) and as long as you live a courage-based life despite the fear, violence, and cowardice of others.

But, there are others in the tribe who are afraid. They demand that you kill the violent extremists. “We don’t have your training” they say. “What if they come back with bigger guns?” “What if they come back with an army?” To which you reply: “What if we get hit by a tsunami or a hurricane?” “What if we run out of food?” “What if we all come down with some strange disease?” The answer to my questions is the same as the answer to your questions: We do our best. We prepare. We defend ourselves. We remain healthy. And the first step in remaining healthy is having a clear conscience.”

“A mind all logic is like a knife all blade. It makes the hand bleed that uses it.” ~Rabindranath Tagore

Too bad you don’t have any self-defense training. And nobody else in your tribe seems to either. Sadly, everyone lives in fear. Your once thriving community is still thriving, but now it’s in a depressed state of soft-slavery. Sure, you’re on a beautiful island eating well and comfortable enough and the so-called leaders only take ten percent of your food and water and valuables, but it could be worse. You could be dead.

One guy tried to disarm the violent extremists and he got shot dead. What an idiot. What was he thinking? Why rock the boat? Why risk your own life? You suppose, there’s a fine line between courage and stupidity and that guy fell on the wrong side of the line.

A week later two more new people sailed up in their boat, just like everyone else had. And sure enough, the two violent extremists killed them! Just like that. Shot them on the shoreline. Their personal journey ended by naked violence. Their freedom of movement cut off by naked tyranny.

You are able to convince your new “leaders” that maybe we shouldn’t kill the new people. That it’s too extreme and it’s causing the rest of the tribe to be unproductive. They take your advice and decide to initially detain anyone who arrives and wishes to stay. As long as they obey their laws and pay ten percent to the “leaders” they can roam freely. Otherwise, they must leave or be killed.

They also decide to make you third in charge for your sound advice. They say it’s because there was a noticeable production increase since they changed their confrontation tactics. You are also tasked with keeping the tribe in line. You decide to roll with it.

You now eat better and have better quarters than anyone other than the “leaders.” You’re comfortable and secure under their hyperviolent safety. You’ve become indifferent to their laws. You’ve become apathetic to the plight of other travelers. Absolute justice has denied true freedom, but at least you’re not dead.

Freedom and justice must find their limits in each other:

Which “you” would you choose to be? Obviously, there are many different scenarios that could have unfolded. For example: you could have been untrained in self-defense and still found ways to undermine their authority: going rogue, counting coup, silent mutiny, civil disobedience, convincing others to revolt. You get the point.

It seems that violence is the dividing line. One’s freedom is paramount up until the point that one becomes violent and thus violates the non-aggression principle.

Caveat: Just as one should not believe in absolute justice or absolute freedom, one should not take the non-aggression principle as an absolute. The non-aggression principle is merely a guide through the thick brambles of the human condition. It is a solid standard to practice but must be used flexibly on rare occasions like when it comes to property rights and the tragedy of the commons. Proceed with nonviolent caution.

Other than the tension between freedom and justice, another interesting point the story brings up is the tug-o-war between courage and fear. Notice how powerful a force fear is. Killing someone out of fear that if you don’t kill them now they may come back later and try to kill you again is just plain cowardice. It may seem “smart,” but it’s merely a logical fallacy known as the slippery slope. It leads to a fear-based lifestyle filled with unnecessary anxiety, paranoia, xenophobia, and irrational thinking. Which can all lead to violence. Worst of all, if you did convince yourself to kill the perp, you’d have to live with your bad conscience. Life is too short to live that way. Better to just be courageous. Take life as it comes. Be prepared for the worst but hope for the best.

At the end of the day, freedom must find its limit in justice and justice must find its limit in freedom. Otherwise, we either find ourselves living in a free-for-all state where anybody can do anything without any consequences (think the movie The Purge), or we’re living in a violent authoritarian state with oppressive laws and little freedom (think statism). If I had to choose between the two, I’d definitely go with the former. Let the chips fall where they may. But, ideally, reasonably, morally, freedom balanced with justice and justice balanced with freedom is the healthiest way.

Previous The 10 Primary Directives of Mainstream Media
Next Why Is Planet Earth On Fire?