Ever find yourself unable to remember what you did just two minutes ago? Or maybe you experience brain fog more often than you’d like. These days it seems to happen more frequently to all of us. Information overload, stress, and even the assortment of environmental toxins which assault us on a daily basis can impact brain function. While I recommend diet, exercise, and reducing electronic activity as the best ways to get the brain back to working order, sometimes we need a little help to restore mental balance. The following nine herbs have a traditional history of promoting mental health.

The indigenous people of South and Central America have used mulungu for centuries to calm nerves, improve mood, and aid sleep. Erythravine, one of mulungu’s active alkaloids, may also help reduce anxiety and protect brain function.[1, 2] Flavonoids present in this herb are known antioxidants and have been shown to support cardiovascular health and a healthier brain.

Mucuna contains L. dopa, a biochemical precursor to several neurotransmitters. One of those neurotransmitters is dopamine, and supporting dopamine levels may improve brain function and support memory. This effect probably contributes to Mucuna’s popularity as an anti-aging herb. Antioxidant properties linked to Mucuna also discourage damage from free radicals and suggest protective effects for neurons.[5]

This traditional medicinal herb contains two powerful natural compounds that have been proven to play a role in brain health. Salidroside is one of these compounds and is known as a potent antioxidant. Rosin is the other, and this compound appears to reduce inflammation of neural cells, possibly protecting against neurotoxicity.[6] The results of one Swedish study showed that both of these compounds reduced fatigue, improved mood, and lowered the effects of stress.[7] This may lead to better mental performance and a more positive response to stressful situations.

Also known as “sour date,” Zizyphus jujuba is one of the many herbs that may support mental health while encouraging a good night’s rest. Day-to-day activities can be draining on energy levels, not to mention mental strength. The plant’s saponins have demonstrated sedative effects on animal models, possibly supporting relaxation.[8]

This traditional herbal sedative has been used as a sleep aid for years. Passionflower also appears to help relieve anxiety, a major cause of sleep disturbance for many individuals. Without a good night’s sleep, mental acuity is compromised and memory degrades. Initial studies indicate that small servings of passionflower in a tea help healthy adults experience more restful sleep.[9]

Native to North America, this plant has a history of use for calming nerves, easing stress, lifting the mood, and aiding sleep. Research suggests it possesses mood enhancing effects and its antioxidant properties may provide significant protection for the brain against the damaging effects of inflammation.[10, 11]

The clear oceans and sandy beaches of the South Pacific may be ideal for reducing stress and promoting relaxation. For those of us unable to get there, kava may offer an alternative experience. Used traditionally to relieve stress, anxiety, and poor sleep, kava contains compounds known as kavalactones. These compounds offer a non-opiate and non-narcotic means to supporting a good mood. Some studies indicate kavalactones perform as well as certain pharmaceutical drugs.[12]

Saffron, also known as Crocus sativus, does more than add color and flavor to food. It has a long history of use for encouraging a balanced mood, relieving stress, and calming anxiety. Studies have found it very effective for lifting mood, significantly outperforming placebo in clinical trials.[13]

Herbs aren’t the only way to keep the brain sharp and running smoothly. Lithium and zinc are two naturally-occurring minerals that support memory, focus, and overall health.

Lithium orotate supports a positive mood and positive responses to stress. Studies have shown it to support grey matter in the brain.[14] Unlike other forms of lithium, lithium orotate easily passes through cell walls for greater bioavailablity.

For mental health support, it’s hard to beat rest, sleep, and exercise; they remain the best places to start for reducing feelings of fatigue and mental cloudiness. Sometimes the body needs help to restore balance and find shelter from environmental toxins.

Have you tried any of these herbs? How well did they work for you? Please share your experience with us in the comments!

Dr. Edward F. Group III (DC, ND, DACBN, DCBCN, DABFM) founded Global Healing Center in 1998 with the goal of providing the highest quality natural health information and products. He is world-renowned for his research on the root cause of disease. Under his leadership, Global Healing Center earned recognition as one of the largest natural and organic health resources in the world. Dr. Group is a veteran of the United States Army and has attended both Harvard and MIT business schools. He is a best-selling author and a frequent guest on radio and television programs, documentary films, and in major publications.

Dr. Group centers his philosophy around the understanding that the root cause of disease stems from the accumulation of toxins in the body and is exacerbated by daily exposure to a toxic living environment. He believes it is his personal mission to teach and promote philosophies that produce good health, a clean environment, and positive thinking. This, he believes, can restore happiness and love to the world. 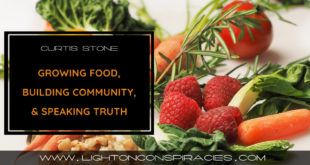 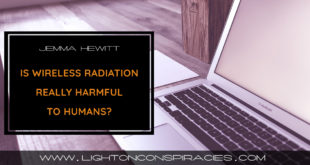 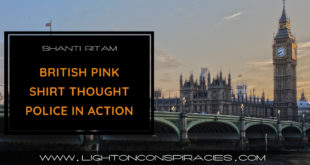