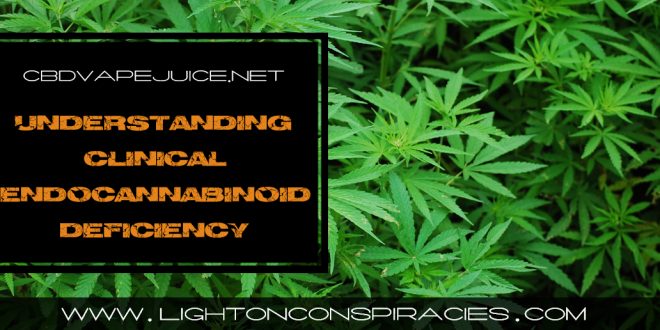 There are some illnesses that doctors just haven’t got to grips with. Take migraines as an example: nobody is really sure what causes them, and therefore we don’t know how to cure them either, only attempt to treat and manage them. Mysterious conditions such as irritable bowel syndrome (IBS) and fibromyalgia have left experts stumped, and even more confused after it appeared that medical cannabis could help in many of these situations.

In the early 1990s, researchers first became aware of the endocannabinoid system and its intricacies. While we still likely have only a primitive understanding of this massive nexus that has a significant role in regulating our bodies, we do know that it influences a variety of psychological and physiological functions that affect our overall health.

Furthermore, we are aware that this system can be impacted by cannabinoids from the cannabis plant – that’s where the name ‘endocannabinoid’ has come from. But in addition to treating a multitude of conditions, could it be possible that the endocannabinoid system lies at the root of many illnesses that are affecting people around the world today?

This is certainly the view of Dr Ethan Russo, an expert in neurology and psychopharmacology, who has been working on the concept of Clinical Endocannabinoid Deficiency (CECD) for more than a decade. Russo proposes that several conditions for which we haven’t pinned down a cause (i.e. fibromyalgia, migraines) stem from the body having a deficiency of endocannabinoids.

Russo has published several reviews of his research into CECD, the latest published in Cannabis and Cannabinoid Research back in 2016. Much of his focus in on conditions associated with pain, and how modern medicine has failed to develop enough successful treatments, with many syndromes still medication-resistant.

Russo argues that there is a common link between IBS, fibromyalgia and migraines, noting that patients typically show signs of hyperalgesia and central sensitization, and the potential for a common underlying pathophysiology means that all of these conditions could come from a disease such as CECD.

Researchers have detected that migraine patients have “statistically significant differences” in the levels of anandamide found in cerebrospinal fluid. Furthermore, imaging studies have shown that patients with post-traumatic stress disorder (PTSD) experience hypofunction in the endocannabinoid system.

The mounting research into medical cannabis and the endocannabinoid system suggests that Russo and his team are on the right lines. There is now clinical evidence to show that cannabinoid theraepy can help to reduce seizures, improve sleep patterns, relieve pain, ease anxiety and a whole lot more.

In this section, we’ll focus on the trio of conditions most associated with CECD and how CBD is proving to be an effective remedy: fibromyalgia, migraines and irritable bowel syndrome.

Scientific studies into CBD and fibromyalgia are so far limited, despite the anecdotal evidence that suggests the treatment at least helps to ease symptoms. The pain relief that CBD brings to fibromyalgia patients perhaps comes from the interactions that CBD makes with the brain and the effect that it has on pain signalling.

The jury is still out on whether CBD works better than a whole-plant treatment involving THC, too. However, there’s no need to use THC to get most of the benefits from cannabis. Full-spectrum CBD oil is made from a full-plant extract, using strains with low quantities of THC.

CBD is able to reduce the body’s sensitivity to pain, fatigue, poor sleep patterns, anxiety and depression – all of which are symptoms of fibromyalgia. This only strengthens the theory that the condition is caused by deficiencies in the endocannabinoid system, although more scientific studies into the process are required. Some fibromyalgia patients find CBD more effective than others, although this is based on self-medicating and not research from a clinical study.

If migraines are indeed caused by CECD, then treating them with CBD, a compound that regulates the endocannabinoid system by stimulating the production of endocannabinoids seems a logical idea. And indeed, many migraine sufferers are choosing to self-medicate with a dose of CBD each day, often in the mornings. CBD edibles are excellent for prolonged relief, as the cannabinoids are released slowly into the system and can be effective for as long as eight hours depending on metabolism speed.

In 2017, a study showed that cannabis was more effective than prescription medication for migraines. The participants were administered a treatment containing both CBD and THC over a three-month period. On average, the patients reported a 55 percent pain reduction, more than what prescription drugs were able to achieve. Furthermore, cannabis appeared to produce fewer side effects – some migraine drugs have been linked to stomach pain.

And a survey of medical cannabis patients in California carried out in 2015 found that 100 percent of those were using CBD as a remedy for their migraines experienced an improvement in symptoms. This is an incredible finding, and while it needs to be repeated in more concentrated studies, it suggests that the power of CBD is real.

As with many areas of medical cannabis research, there is an absence of studies when it comes to CBD and IBS. However, studies into how CBD has worked for patients with irritable bowel disease (IBD) are quite interesting.

IBS often causes random episodes of diarrhea and abdominal cramping, which can clearly have a devastating impact on quality of life. Those with the condition are always vulnerable of getting caught in an embarrassing scenario where they are unable to control their symptoms. Hypermotility is thought to be responsible for the abdominal cramping – this occurs when food passes through the digestive tract more quickly than it should. A well-working gastrointestinal tract passes food steadily through the system via a process of rhythmic expansions and contractions. But IBS appears to disrupt this, causing food to travel through too quickly, leading to cramping symptoms.

Fortunately, animal research has shown that CBD treatment can calm down the cramping by restoring the gastrointestinal tract so that it functions correctly. More studies are needed, preferably on humans, but the evidence is promising that CBD can help with diarrhea and abdominal cramping in IBS patients.

It shouldn’t be forgotten that the symptoms of IBS can also have a detrimental effect on the mental health of a patient. Many with IBS also experience depression. Research into CBD has found that the compound is an effective remedy for anxiety and depression, with improvements sometimes apparent from the first dose. Considering that many antidepressant drugs are littered with side effects, the notable absence of them with CBD makes it even more exciting as a potential treatment.

CBD is giving new hope to patients who once thought their conditions were untreatable, and as we learn more about Clinical Endocannabinoid Deficiency, we may find even more illnesses that can be aided with this cannabinoid. The mainstream jury on the effectiveness of CBD e-liquid and other CBD-infused products, but the positive influence this non-psychoactive compound has on the endocann

Previous Understanding Depression: The 23 Different Types of Depressive States
Next Who’s Behind the Claim that Coconut Oil is Pure Poison?