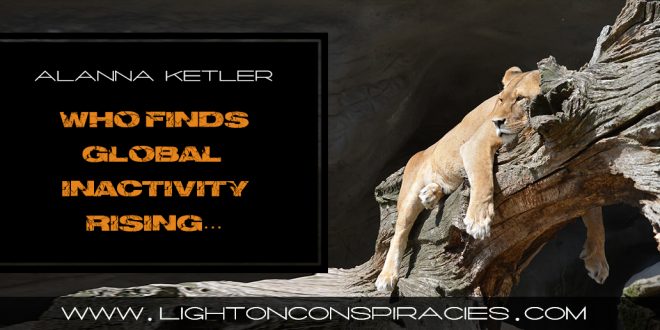 The World Health Organization (WHO) estimates that more than a quarter of the entire population on this planet are not getting enough physical exercise, this number has barely improved since 2001. There are many factors that contribute to this, but just how much damage are we doing by failing to be active?

The lack of physical exercise raises the risk of many health problems, such as heart disease, type-2 diabetes and various types of cancers.

Interestingly, according to their study published in The Lancet Global Health, higher income countries, such as the UK, were among the least active population. Women were also found to be more sedentary throughout the world, excluding two regions in Asia.

The study looked at self-reported data on activity levels from 358 population based surveys covering 168 countries and included 1.9 million people.

The populations of higher income countries, which include the UK and USA showed an increase in the proportion of inactive people and had actually risen from 32% in 2001 to 37% in 2016, in the lower income countries it remained at 16%.

Those who were classified as inactive did less than 150 minutes of moderate exercise and around 75 minutes of intense activity per week.

It was found that women were less active than men overall, except for in South and Central Asia, the Middle East, North Africa and higher-income Western countries. The authors believe that this was caused by a few different factors including extra childcare duties and cultural perspectives that may have made it more difficult for them to exercise.

Why More Inactivity In Wealthier Countries?

According to the researchers, in the wealthier countries, many of the jobs have transitioned to more office or desk jobs, meaning a more sedentary type of lifestyle. On top of that much of the population of these countries drive automobiles or take public transit to and from work which in many cases accounts for a lot of their time.

In the lower income countries, many of the jobs require the people to be more active, are physically demanding and people often have to walk to and from their jobs.

The WHO has had a goal to reduce the global levels of inactivity by 10% by 2025, the authors of the study feel that at the rate we are currently going, this target will be missed.

Lead author of the study, Dr. Regina Guthold said, “Unlike other major global health risks, levels of insufficient physical activity are not falling worldwide, on average, and over a quarter of all adults are not reaching the recommended levels of physical activity for good health.”

Regions with increasing levels of insufficient physical activity are a major concern for public health and the prevention and control of non-communicable diseases.”

Co-author, Dr. Fiona Bull added, “Addressing these inequalities in physical activity levels between men and women will be critical to achieving global activity targets and will require interventions to promote and improve women’s access to opportunities that are safe, affordable and culturally acceptable.”

According to the WHO,

Exercise guidelines for 19- to 64-year-olds

What is moderate aerobic activity?

What counts as vigorous activity?

What activities are both aerobic and muscle-strengthening?

I was surprised to see that the WHO didn’t touch on inactivity due to too much screen time — watching television, Netflix, Facebook scrolling, messaging, texting, browsing etc. Certainly, the increase in screen time plays a roll with the amount of inactivity, especially in the higher income countries. If you are someone who spends too much time staring at a screen, then it is important to consider the above information. Can you limit your screen time and replace it with something active? Or would you consider jumping rope, or rebounding while watching the television? Our health is our greatest wealth and having awareness about an issue is the first way to create change and take responsibility for our lives.

Could you walk or bike to work instead of drive? What about trying a new sport? Could you commit to adding a few hours each week of physical activity? These small decisions could have a profound impact on your health, longevity and overall well-being.