Why Is Planet Earth On Fire? 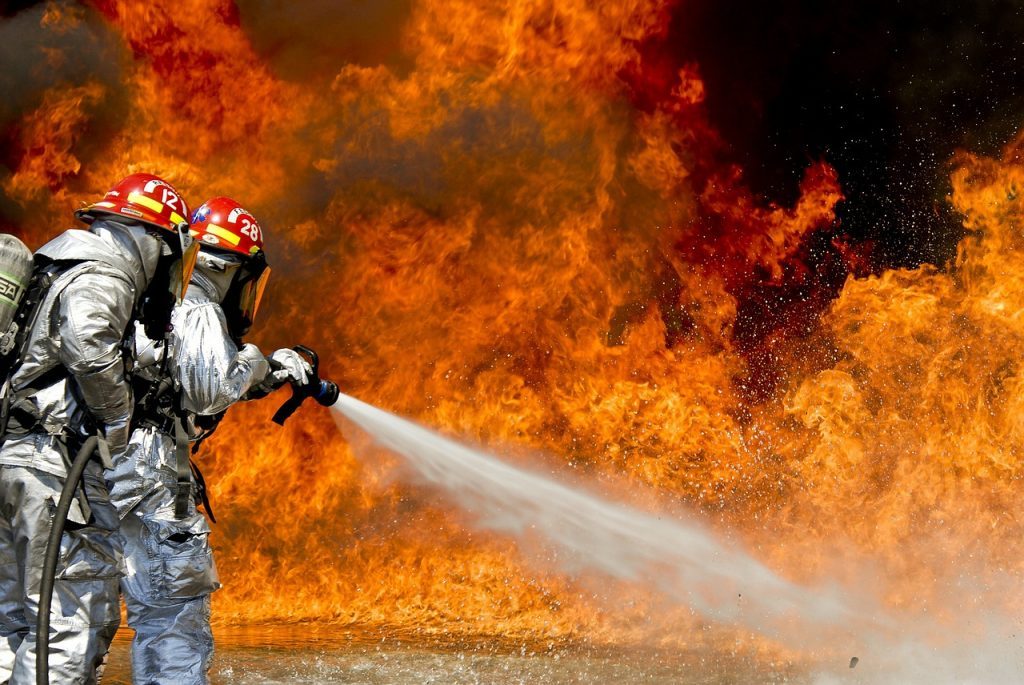 Fire season 2018 has taken an incredible toll on the planet, its people and wildlife, and the entire ecological infrastructure which has provided life-sustaining habitats for all forms of life.  That “balance of Nature” has been messed and mucked with by global controllers, military, science and technology creating a perfect Hegelian Dialectic – problem, reaction, solution – only their modus operandi has produced a trajectory toward the “Venus syndrome,” or possibly something worse.

Their “problem” is creating weather, aka geoengineering or weather control mechanisms, which the average “Joe” and “Josephine” literally have no clue about other than what they hear from controlled-media news and sanitized weather ‘reports’.  There is a total government ban on discussing weather geoengineering by weather forecasters and the media.

The “reaction” is 95% human apathy toward what we are misleadingly told about those ‘contrails’ rather than Solar Radiation Management (SRM) or weather geoengineering appearing in the skies as ‘trails’ containing chemicals and other toxins deliberately to effectuate global weather patterns.  There are hundreds of U.S. patents to that effect.  You can find them listed here.

The controllers’ “solution” is daily manipulation of global weather patterns to the point where, in my opinion, they have lost control and, either accidentally or deliberately, ruined the hydrologic cycle [1] of Planet Earth.

Recent 36 inches of rainfall from “Lane” on the Hawaiian Islands [2] ought to make people question what we are being told.  The township where I live in Southeast Pennsylvania in a very recent 30-day period officially registered 15.5 inches of rain, which was announced prior to a Board of Supervisors meeting.  People are starting to notice, but seemingly cannot connect the dots erringly visible above their heads on a daily basis!

It’s insane how much controlled media misinformation and lack of factual information keep humans from knowing the “real deal,” how to take precautionary measures, but more so, to bring this insidious, deliberate, mad-man-made technological catastrophe upon Planet Earth and all her inhabitants.

As an aside, this is not the first time possible entity-control mechanisms have ruined planets. Various ‘legends’ exist regarding numerous ‘pre-historic’ wars both on Earth and in this galaxy’s planetary neighborhoods.  One such ‘interesting’ legend is about how the asteroid belt was formed.  Either someone has a fantastic creative writing ability, or there just may be some strands of facts in the esoteric writings from ages ago.

Probably the most insidious current 21st century weather management ‘detail’ is a contrived method for “cooling down” certain parts of the globe utilizing forest fires to create smoke clouds, which act as ‘sun screens’ thereby preventing planetary heating, an oxymoron, since weather geoengineers actually are creating the heating of the atmosphere with all the toxic sprays, HAARP-billion-watt-microwave infusions into the ionosphere and other off-planet ‘gadgets’ above our heads which use various technologies to create the desired catastrophic weather patterns of drought, flooding, severe hurricanes, chemical ice nucleation and possibly some HAARP-induced earth movements, i.e., earthquakes, sinkholes, or other anomalies such as the Arctic methane releases .  Methane, if you aren’t aware, is a perfect “heat trapping gas.”

This link shows the status of global fires in July 2018.

Do you think this is an anomaly or freakish act of Mother Nature?

In August 2014, here was the state of forest fires for United States, Canada, Europe and worldwide.

According to this website August 21, 2018, it looks like most of California is burning.  What will happen to food production capabilities for the coming winter, since most of USA winter fresh foods, i.e., veggies, are grown in California?  Will the next catastrophe we face, as a result of weather geoengineering, be famine and no food?  Destroying housing and the environment is not enough?

Please wake up; look up; and speak up about what’s going on regarding weather.

It’s not Mother Nature, nor is it an Act of God; it’s controlling the weather, which the U.S. Air Force claims it will do by 2025.