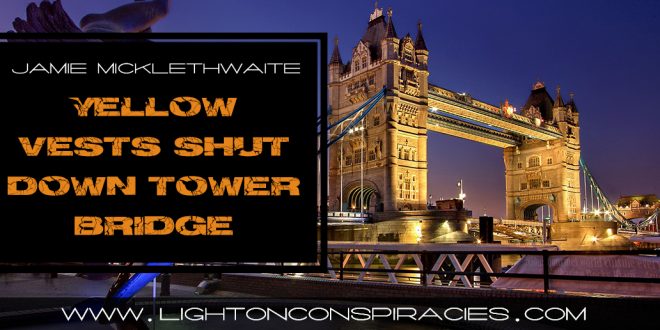 THE yellow vest protests which caused havoc in Paris have hit the UK with London Bridge at a complete standstill.

The group have now moved down the river and blocked traffic at Tower Bridge, causing havoc in the capital.

They are seen on Facebook Live chanting: “What do we want? Brexit. 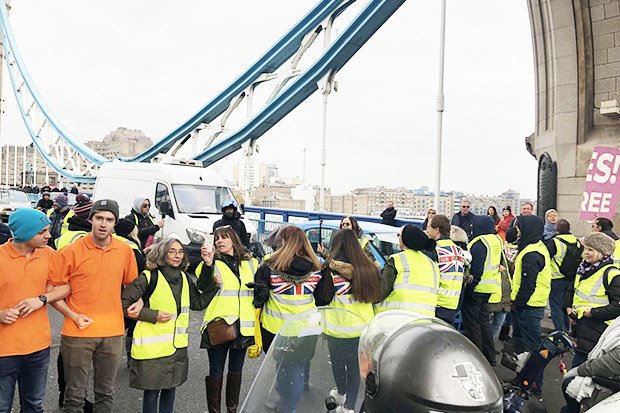 SLAMMED: Londoners have hit out at the yellow vests (Pic: RPMAIN) 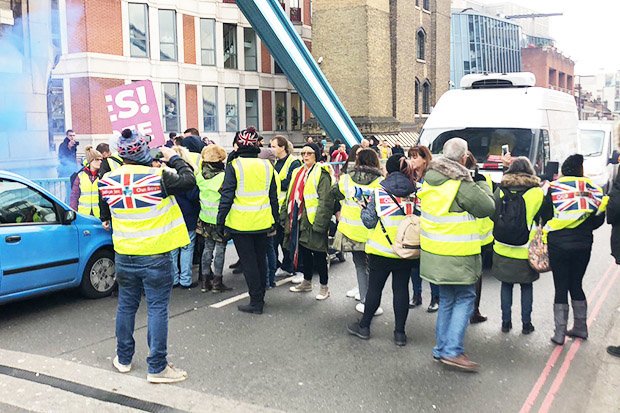 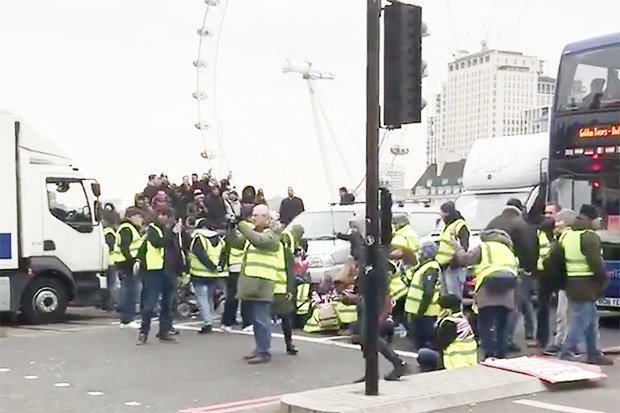 YELLOW VESTS: Paris-like protests have started in the UK, with London at a standstill (Pic: MIKE SUTHERLAND)
Londoners hit out at the yellow vests’ actions, after causing a scene earlier at Westminster.One wrote on Twitter: “Pro brexit protestors what the f*** are you protesting???? Brexit and Trump? Right now you’re just holding up traffic and embarrassing everyone in Britain.”Another added: “Lovely pro brexit people on tower bridge chanting “you’re not British anymore” to people who disagree with them.” 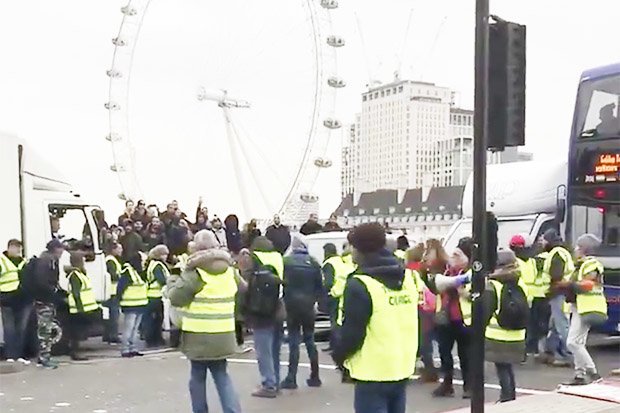 BREXIT: The group is calling on the UK to leave the EU now (Pic: MIKE SUTHERLAND)
Footage shows a large number of buses and taxis blocked by the group.Witness Mike Sutherland even claimed police were forced to breakup a fight between an onlooker and the protesters.Two of the protesters were seen unfurling a Union Jack flag on the Bridge.

TfL has confirmed there will be delays on public transport needing to access the Bridge.

Macron even considered declaring a state of emergency. 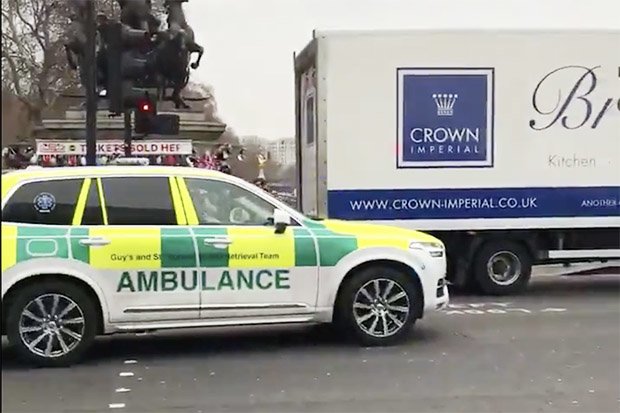 STUCK: An ambulance couldn’t get through the protest (Pic: TWITTER) 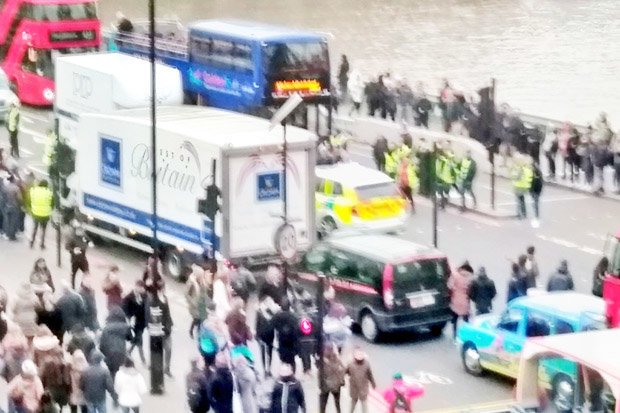