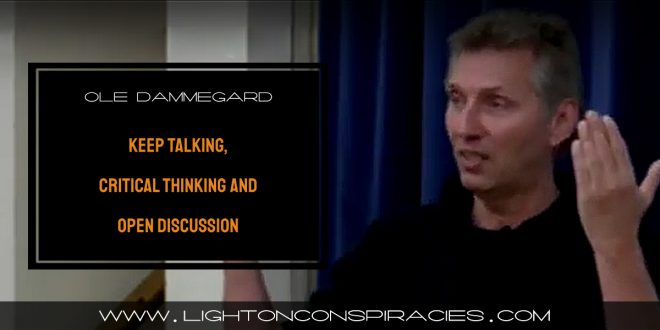 For 30 years investigator Ole Dammegård has been on a quest to find the truth behind some of the biggest conspiracies in the history of world – such as the murders US President John F. Kennedy, Robert Kennedy, John Lennon and the blowing up of MS Estonia. This has taken him on a very frightening and dangerous journey into unknown territories.

This groundbreaking lecture focuses on the assassination of the Swedish Prime Minister Olof Palme, who was gunned down in February 1986. What has been claimed as acts by lone madmen has turned out to be connected to the International military industrial complex and top level high finance, all sanctioned locally behind dark smoke screens. Secret agents, mercenaries, professional assassins, top politicians and innocent scapegoats shows a side of Sweden and the western world earlier glimpsed by very few. This is not the private opinion of one individual, but the disclosure of a puzzle so vast that it blows your mind.

Bio:
Ole Dammegård, awarded the Prague Peace Prize 2016, is an author, international speaker, former journalist and investigator, who has dedicated the last 30 years of his life to researching many of the global conspiracies. His main focus has been to find out the truth about the assassinations of JFK, the Swedish Prime minister Olof Palme, Robert Kennedy, Martin Luther King, John Lennon and many, many more. He is also very busy with a series of documentaries aiming at exposing many of the fake terror attacks that are currently hitting modern society.

Ole has been among the key speakers at many international conferences, including the JFK Conference in Dallas, the Quiet Minute on Dealey Plaza on November 22, 2016. He was also a speaker outside the Bilderberg Meeting in Denmark, and has had the privilege of being a special guest on hundreds of programs. In addition, he has had articles published on prominent websites such as Veterans Today.

He has written ‘Coup d’etat in Slow Motion’ Part I and III, Shadow of, The power book ‘Re-Mind Me’, and the children’s book ‘Yolanda Yogapanda – Truth is One, Paths are Many’. He has also been part of published a series of books together with Jim Fetzer.