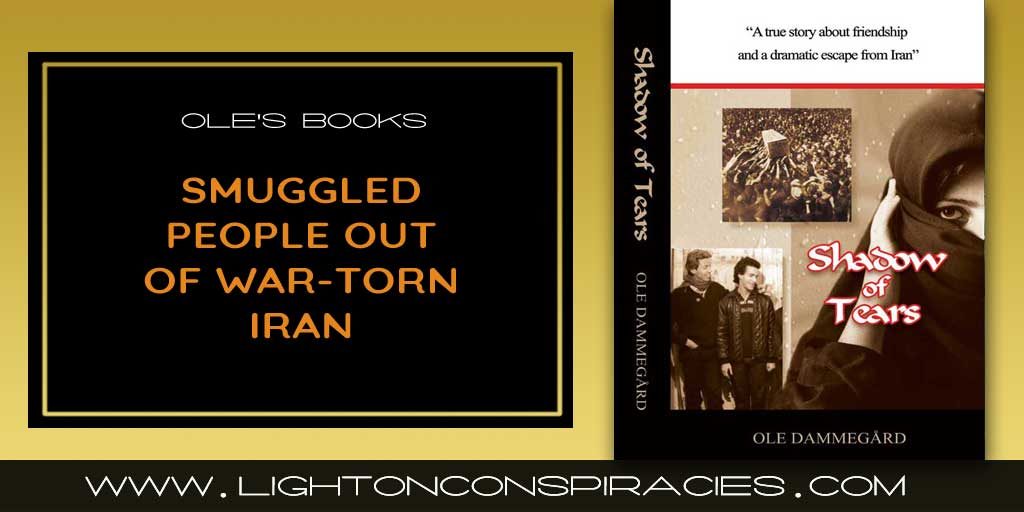 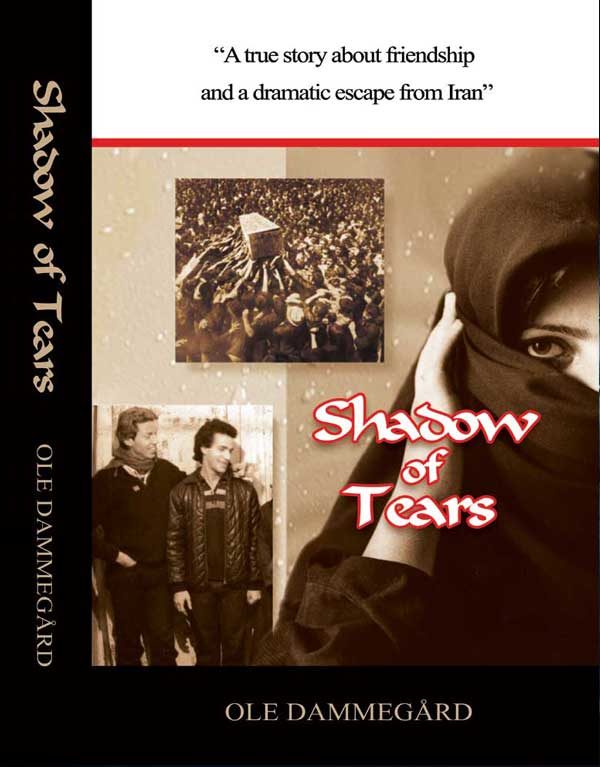 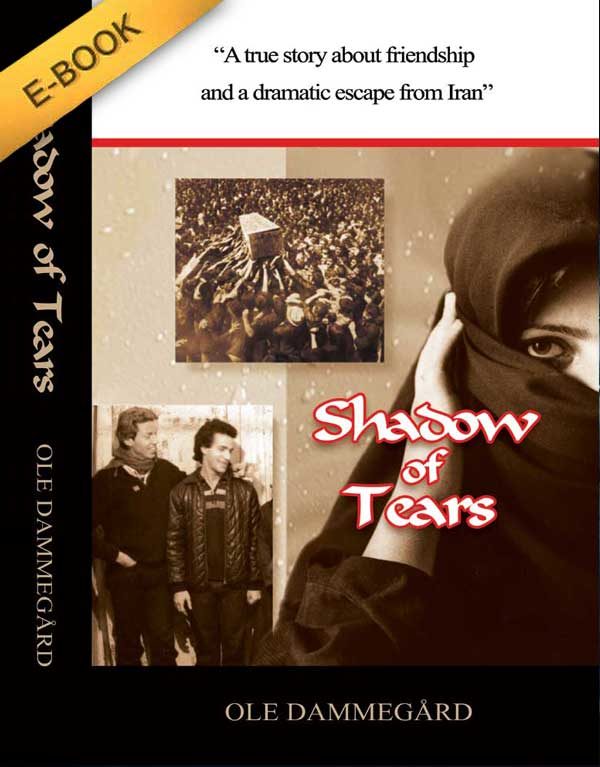 Ole Dammegard: ‘One day in 1984 my everyday life became too humdrum, so I prepared an old bicycle and started a trip into the vast unknown. My intention was to learn to live in the present. Initially I focused on South Africa but unforeseen circumstances took me into war-torn Iran.

What happened here changed my life. My entire world, my viewpoints and values were turned upside down and the emotional turbulence I experienced tore down my inner walls leaving me naked and vulnerable like an open wound. After a tragic murder, the situation became unbearable for one of my Iranian friends, so I ventured everything to help my friend get away and together we made a dramatic escape from Iran via former Soviet and East Germany in a desperate attempt to reach final freedom.’

350 pages with lots of real photos and illustrations. The book is now being considered as a possible future motion picture.

Author of Shadow of Tears, Ole Dammegard speaks about how this novel came to be, it’s roots and background.

Thank you so very much for this book which truly touches on relationships between human beings. In my opinion, it could be used in the work to improve understanding between people of different religions and races. I am convinced that all testimonies of this type are important and I hope that the book will reach a large number of people.

I started reading this book with certain misgivings after having read the drivel ‘Not Without My Daughter’. However, my fears were not realized. To me ‘Shadow of Tears’ is the best book of the year.

Ole Dammegard has truly succeeded in describing his experiences that evoke recognition and which provide a good picture of the complicated life here. His book has now been added to the embassy library and will be accessible to the staff of the embassy and the Swedes who move here and want to read about Iran.

Thank you very very much for your book Ole, which was both interesting and fascinating. This book felt very personal and the Iranian and, perhaps even more, the Pakistanian society and living conditions there were truly touching. Thanks once more, I really appreciated it.

“What a fantastic story…”

Honest and genuine – ”Shadow of Tears” is a book that stays with you long after you have finished reading it. It touches you and stretches you. The experiences of Ole in Iran and Pakistan feel extremely genuine and honest. Many other travelogues I have read have seemed rather superficial in spite of their entertaining value.

There is nothing superficial in ”Shadow of Tears”. Ole tells about his experiences and shares his knowledge showing great respect and love for the people he writes about. The political and historical analyses that appear here and there in the book contribute to its depth and aids the understanding of those whose knowledge about Iran is lacking.

“Shadow of Tears” is one of the absolutely best books I have read.

I could not tear myself away from your fantastic book which revived many old memories from my home country.

“The Author has managed to create a picture covering a multitude of aspects showing the reality of contemporary Iran. It is very well worth reading and I warmly recommend it.”

The reflections at the end of the book are very interesting. Why are we so afraid of that which is different? THIS BOOK IS VERY IMPORTANT IN OUR TIME considering immigrants and refugees and improved understanding between them and us! Thank you Ole for a wonderfully warm, true and vivid book!

I want to thank Ole for his book which touched me deeply. I prepared myself, rested sometimes and continued, continued and continued. I did not want to stop, I felt captured and touched.

I wanted – and want – to know more. He provided me with answers to many questions. I really liked reading his story. Maybe because it has so many shades and did not condemn people but left me to make up my own mind. At long last I understand better, at long last the people far away are people like us – fair and dark, evil and good. Now I can give words to thoughts and feel grief for an area on the earth and within myself that has been blank and empty. My insecurity and fear towards these people disappear…I do not think I have ever read a book about real conditions that has upset me this much. Shadow of Tears fills a void, truly.

A BOOK TO LOVE, A GRIEF TO BE SHARED. In his foreword, the author stresses that what occurs in his story is not romanticized but completely true and nothing but his personal experiences. Apart from the possibility of naming it a political novel, it might even be called a “development” novel: Young man rides his bike out into the world in search of something, himself perhaps.

He does not find happiness but, by sharing the pain of other people, he comes into contact with the innermost, and changed, core of himself. He asks questions about the meaning of life, about suffering and misery. Ole enters the problem-filled world of his friends with such heart-felt concentration that he sometimes feels physically ill.

His narrative is moving. At about ten o´clock at night, I read the foreword. After that I read the entire book in one go and felt that I totally shared his grief and powerlessness when faced with the difference in the living conditions of human beings. Mostly, his words are poetic. Ole Dammegard has himself designed the cover of his book and his artistic vein is obvious also in his writing. And yet his language is restrained. Ole Dammegaard can use emotional words without their sounding high-flown. Without sounding banal, he can claim that the melancholy of a song envelops his heart. A postscriptum named Reflections is a burning plea for the equal rights of human beings.

Shadow of Tears has touched me very very deeply. In my very core. THANKS. And to say that I think the book is good is just as banal and insignificant as to thank Ole for daring!

‘Shadow of Tears’ has let me know some reality absolutely unknown to me. Things like this should be known all around the world. All my thankfulness to the author and my emotional solidarity with the people reflected in this novel.