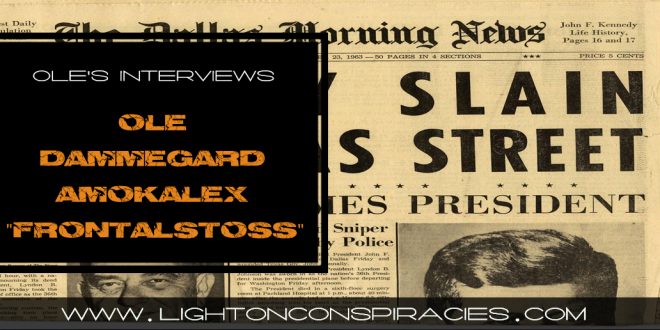 Tonight the – Amokalex “FRONTALSTOß” No.7 – will be a German / English language mix.

I am absolutely enthusiastic to announce – Ole Dammegard – will be “LIVE” via Skype on FETTESRADIO – FATRADIO at the “FRONTALSTOSS”!! 🙂

… Ole Dammegard and I will go through his searches to the “JFK assassination” in accordance with the 25 JFK secret documents (planned release in 2017!!).

After watching the same theories and facts, it will be a VERY Exciting conversation!!

Since Ole Dammegard is not powerful in the German language, I will make the introduction to the show and the credits of the show in a German / English mix!

The talk with Ole is mostly held in English!!

Excited in C-Town’s – FETTESRADIO – FATRADIO – Studio reunited with – Ole Dammegard – for a most interesting conversation!! 🙂